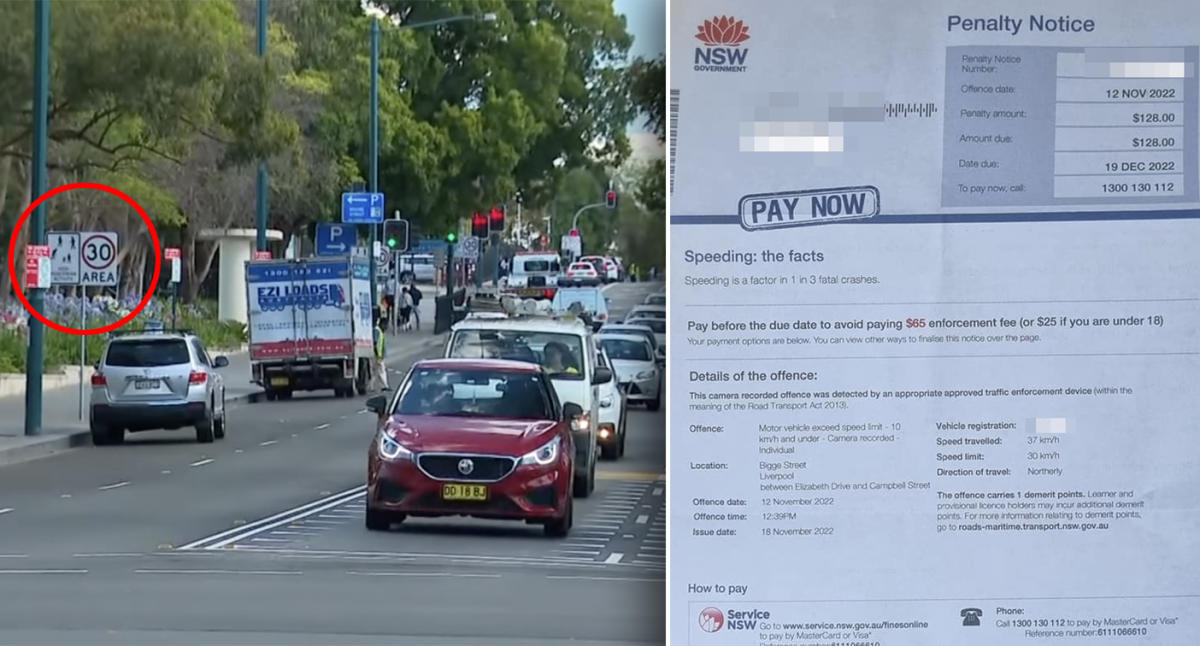 A ‘ridiculous’ 30km/h speed camera set up in a busy Sydney town centre has stung 14,000 motorists in just 7 months, resulting in $2.5 million in fines.

The camera is set up in Liverpool CBD where the low speed limit has been catching 66 motorists per day on average, 2GB radio host Ben Fordham said. The 30km/h limit was introduced as a trial more than two years ago.

Mr Fordham’s show was inundated with callers who had been fined by the camera, including one woman whose son was caught three times.

Pat, a 75-year-old pensioner, said she received her first-ever fine from the camera.

“Never been booked in my life. I was fined $128, I’ve lost one demerit point. After a clean slate it’s very sad.”

“We’re not going to put up with this,” another resident, Martin, said “Honestly I could run faster than 30kms.”

Kev, another stung motorist, said he “thought it was a joke” when he saw a fine for driving 37km/h.

Controversial speed limit to be scrapped

Following months of complaints from residents, NSW Minister for Metropolitan Roads Natalie Ward confirmed the speed limit will be changed to 40km/h in January once new safety barriers have been installed.

“I have directed Transport for NSW to make sure that once the council has done their bit and they’ve put in place additional safety barriers we will be doing that from January,” she told 2GB.

Mr Fordham slammed the speed limit as “ridiculous” and asked if previously fined drivers will be refunded.

“I’m afraid I can’t, they’ve broken that speed limit. That is a breach of that law, unfortunately I can’t.”

Ms Ward said the speed camera will now be sending out warnings instead of fines for those travelling slightly over the 30km/h speed limit, but encouraged drivers not to speed.

“There’s a really easy way to not get a fine and that’s to not speed,” she said.