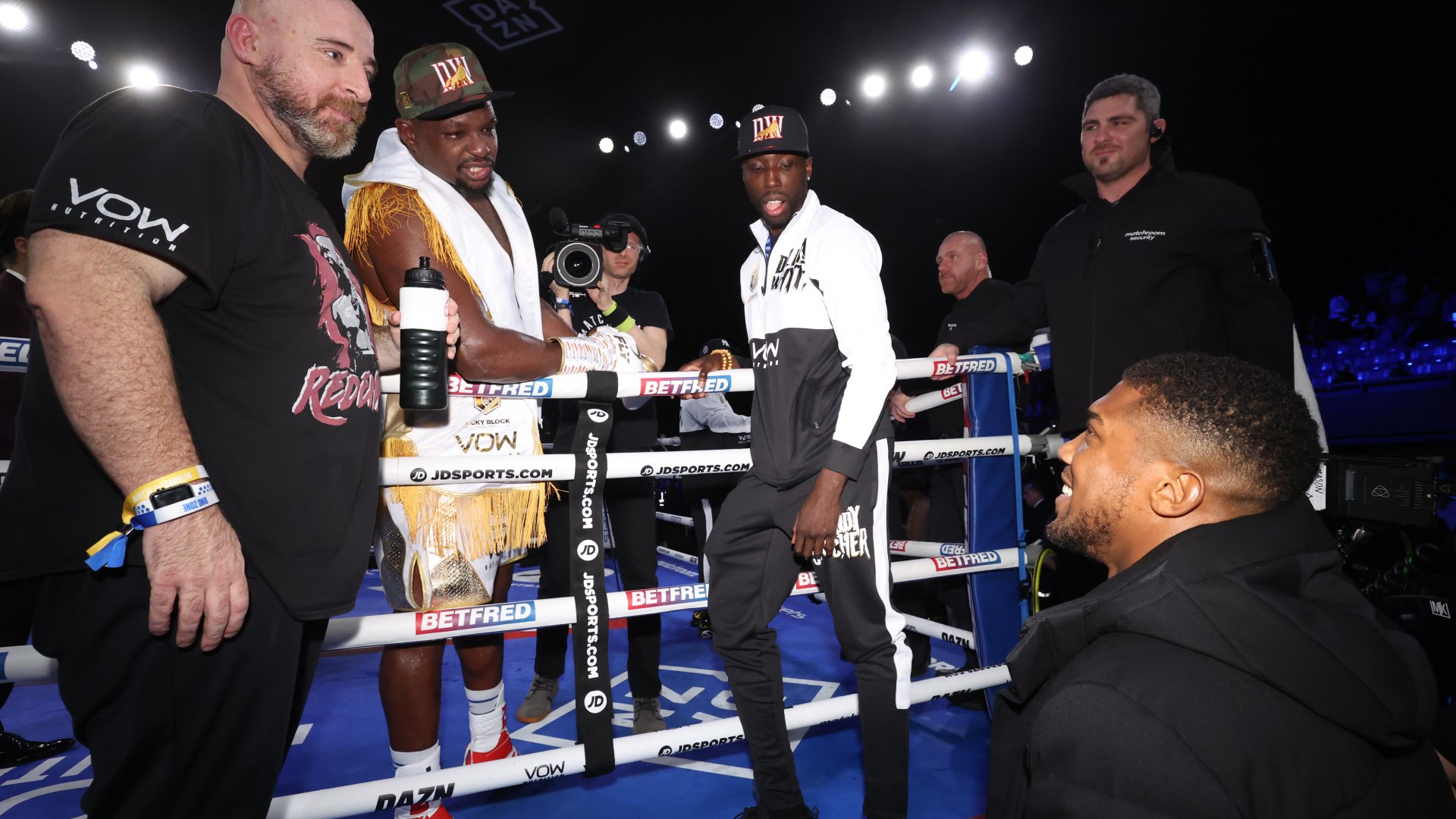 DILLIAN WHYTE secured an Anthony Joshua rematch by the skin of his teeth after edging past Jermaine Franklin on points.

The 34-year-old beat AJ in the amateurs but lost their 2015 British title battle and a third clash is all but secured after the London 2012 legend turned up to be ringside at Wembley arena for Whyte’s win on Saturday.

But after Whyte drastically underperformed and the three officials called it: 115-115, 116-112 and 116-112, Joshua will not fear his own Spring comeback against his oldest foe.

Franklin, 29, arrived from the US with an impressive 21-0 record but when he whipped off his top to reveal a flabby torso, ringside fans expected a cakewalk for Dillian and a Sunday morning trip to the bakery for the visitor.

But Franklin showed a clever jab, a decent left hook and all the fundamentals to pose Whyte a problem.

The Brixton Body Snatcher went whacking Franklin’s ribs in the second but he was tagged back more times than new trainer Buddy McGirt would have been happy with.

The bout was one-paced and even after two rounds and the Londoner was looking more flat-footed than usual.

Mohawk-sporting Whyte had the sweat slapped off his scalp in the third and Franklin, who was working in a housing insulation factory before this big break, knew how to protect himself.

Whyte’s modest Wembley arena crowd managed a roar in the fourth when their hero connected with his first meaningful combination.

But Franklin laughed off the shots and got back to peppereding Whyte’s guard as he struggled to get out of second gear.

Whyte was warned in the fifth when his trademark body blows creeped too low for the referee’s liking.

Whyte had caught or parried most of Franklin’s shots until a sixth-round right hook tagged him flush on the chin. The Jamaica-born bruiser looked buzzed for a moment but regained his cool.

Franklin was superior in the eighth and AJ could be spotted in the VIP seats smiling at his potential prey and pointing out weaknesses to his pals.

By round nine there were boos in the underwhelmed crowd until a Whyte left hook clipped Franklin. But the Michigan man got payback with a booming right that hurt Whyte right on the bell.

Whyte looped in a powerful right hand right at the end of the 10th but Franklin seemed to like it and shouted at his rival’s back as he returned to his corner.

Fans were glad to see the final round finally arrive as the atmosphere had left North Greenwich well before the last tube.

Whyte rocked Franklin in the final 40 seconds and bounced him off the ropes with another whack in the final five.

But he was too tired to capitalise and it went to the judges.