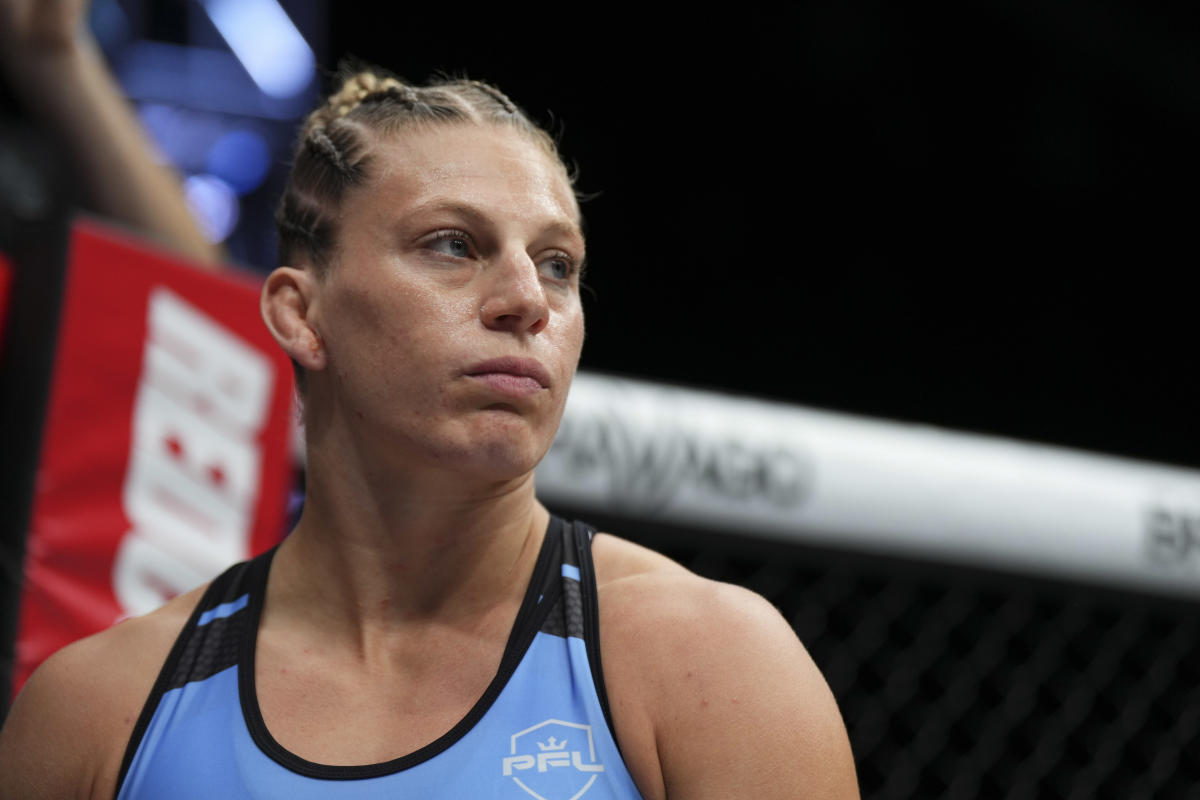 Arguably the most dominant fighter in all of MMA is undefeated no more.

Two-time Professional Fighters League lightweight tournament champion Kayla Harrison received the first loss of her MMA career on Saturday by a unanimous decision against Larissa Pacheco, knocking her record down to 15-1 in shocking fashion.

The match was only the fourth time Harrison had a fight even go the distance. Two of those three previous decision wins came against Pacheco, a former UFC fighter who has been involved with PFL since PFL 1 in 2019.

All three judges scored the fight 48-47 in favor of Pacheco, who entered Saturday as a +550 underdog.

The fall of Harrison continues a run of upsets in MMA, as UFC pound-for-pound stars Kamaru Usman and Israel Adesanya have also been stunned in recent months. Just 11 months ago, Amanda Nunes, the fighter so many have wanted to see square off with Harrison, lost her UFC bantamweight belt to out-of-nowhere challenger Julianna Peña. Nunes has already reclaimed that belt.

Harrison has loomed for years as arguably the best mixed martial artist not signed to a UFC contract. Against non-Pacheco opponents, she dominated to an almost boring degree. Nine of her 15 wins ended with first-round finishes, many on armbars executed by the two-time Olympic judo gold medalist.

Harrison was the PFL’s biggest star, but the quality of competition she faced was regularly called into question. Many waited for a Nunes-Harrison superfight, but the luster has definitely faded off that idea.

Where Harrison goes from here is pretty much up to Harrison, who said earlier this week she has two fights remaining on her PFL contract before hitting free agency. She probably hoped to enter the bargaining table still undefeated, but she’s not the first MMA star to see her plans go sideways in the last 12 months.