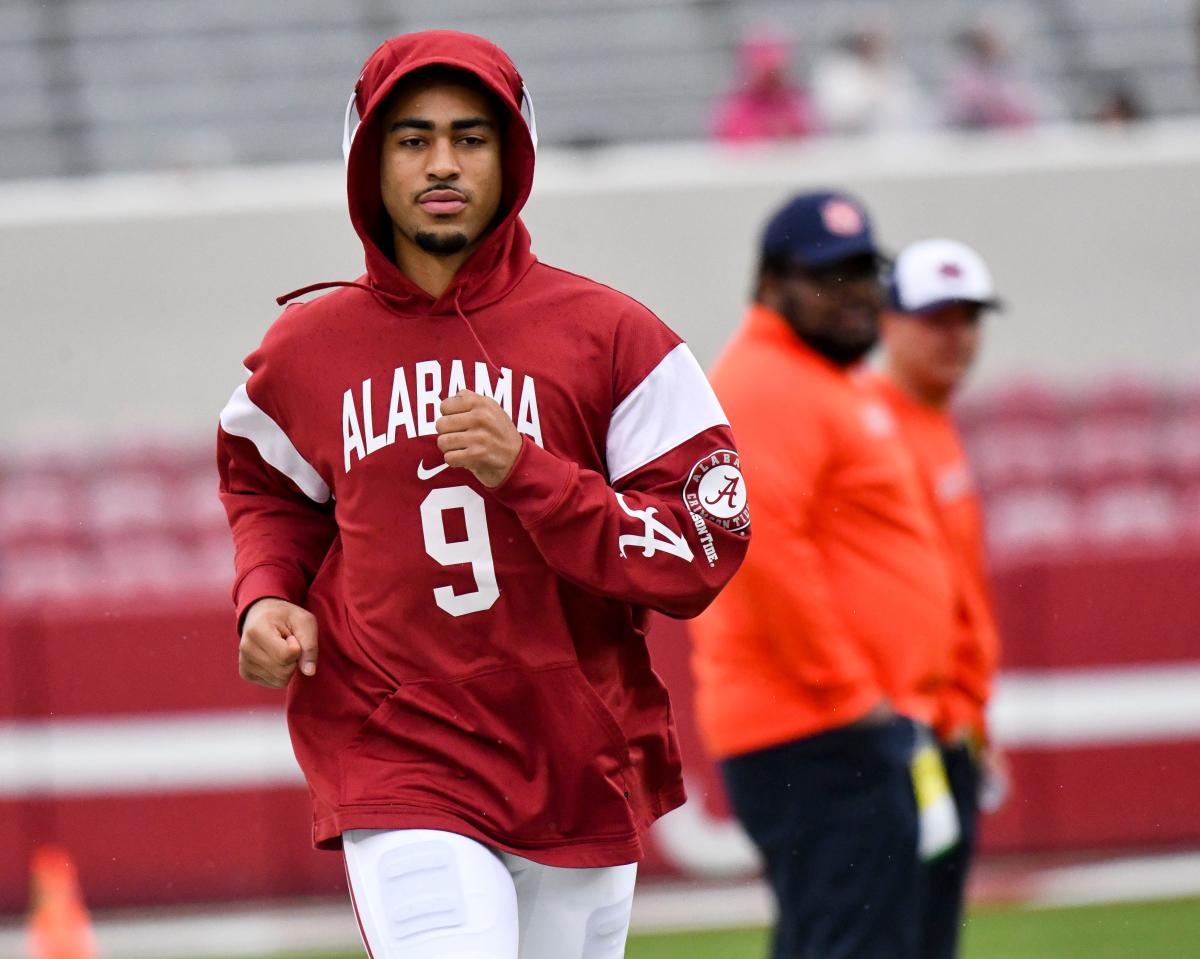 Alabama football is looking to score a third consecutive Iron Bowl victory over Auburn on Saturday.

The Tigers bring a resurgent team to Tuscaloosa, one that didn’t have much life under Bryan Harsin before he was fired Oct. 31. Interim coach Carnell “Cadillac” Williams has brought energy back to the program, winning two of his three games in the role.

“I think Cadillac Williams has done a really, really good job,” Alabama coach Nick Saban said Monday. “They’ve played really well these last three games. They run the ball effectively. They’ve got a lot of diversity on offense. Their quarterback’s a very athletic player who can run and throw. Tank is one of the better backs in the SEC. Their defense is very, very aggressive. (Owen) Pappoe is a really good inside backer. (Derick) Hall is a really good rusher, creates a lot of negative plays. They’re very good on special teams. This is a very challenging game for us, and our players are going to have to do a great job of getting prepared to play as well as we’ve played all season.”

This could mark the last game for several players in a Crimson Tide uniform: quarterback Bryce Young and linebacker Will Anderson Jr. are among those who could decide to declare early for the NFL Draft and opt out of a bowl game, now that Alabama is all but eliminated from the College Football Playoff.

BRYCE YOUNG:Will Iron Bowl be last game for Bryce Young, Will Anderson Jr. with Alabama football? What they said

What time, channel is Alabama football game on?

4:40 left: Three-and-out for Auburn. The Tigers offense is ill-equipped for third and long.

5:33 left: Auburn has five false starts in this half.

Meanwhile, CBS reports Nick Saban has a cut on his cheek after hitting his face on a shoulder pad. Looks fine.

5:39 left: Touchdown Alabama! Ja’Corey Brooks out-muscles an Auburn defensive back and wins the 1-on-1 ball for a 32-yard touchdown. Alabama OL gave Bryce Young all kinds of time there.

Young has three total TDs in the first half. Alabama 28, Auburn 14.

6:34 left: Bryce Young to Kendrick Law for 39 yards on 3rd and 19. Law had about 20 of those yards after the catch. Alabama driving again.

Auburn back within a score on a Robby Ashford TD pass

PAT good. Alabama 21, Auburn 14. Tide’s defense not quite playing with the emotion and physicality Nick Saban will care for in the first half.

Jase McClellan got his ankle caught under the pile and limped off the field on the play before.

56 seconds left: Jarquez Hunter fumbles behind his back, a skill one shouldn’t keep in practice. Alabama recovers in Auburn territory.

2:42 left: Four straight completions for Bryce Young, and Alabama is inside the red zone again.

6:25 left: Touchdown Alabama! Bryce Young scrambles to the right pylon and wins the race to the end zone.

Underdog Auburn on the board first

Elsewhere, Clemson loses 31-30 against South Carolina, while Ohio State is blown out at home against Michigan. Interesting.

11:41 left: Robby Ashford with a first down scramble for almost 20 yards.

11:54 left: Alabama will punt near midfield after a first down Jahmyr Gibbs run is wasted.

15:00 left: Auburn will receive the kickoff.

Alabama longtime football play-by-play announcer Eli Gold hopes to be back by the A-Day game in 2023, he told the Tuscaloosa News.

Gold has been dealing with some health issues over the last several months that has kept him out of the broadcasting booth. Chris Stewart has filled in this season.

For more on what Gold told the Tuscaloosa News, click here.

This article originally appeared on The Tuscaloosa News: Alabama football score vs. Auburn: Live updates from the Iron Bowl