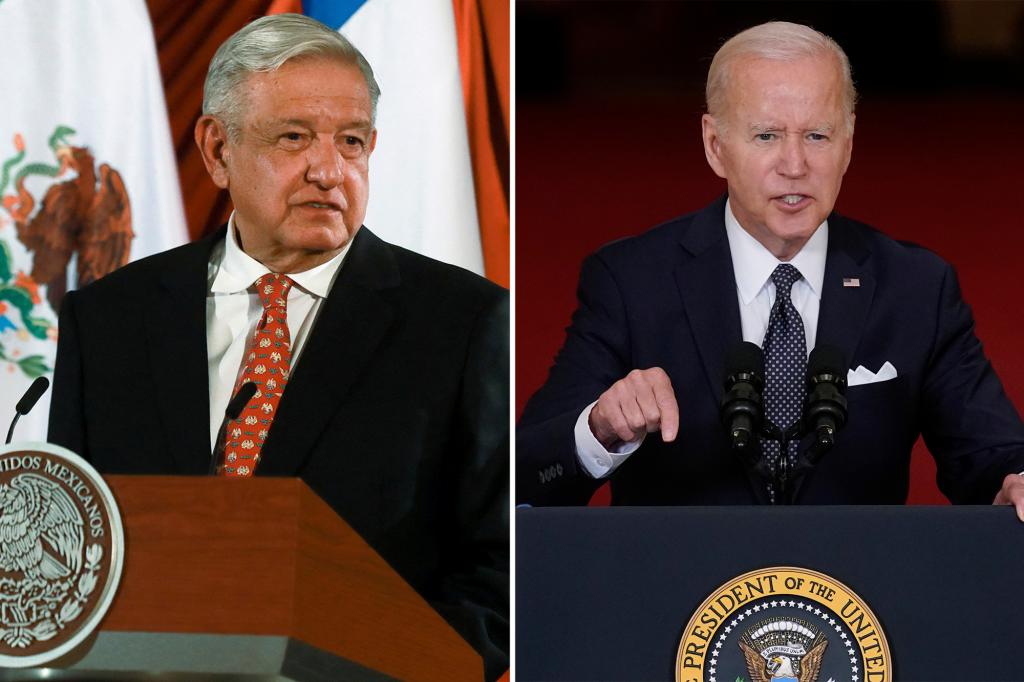 López Obrador revealed during a press conference that Biden will travel to the North American Leaders’ Summit in Mexico City on Jan. 9 and Jan. 10. It would be the 80-year-old commander in chief’s first trip to Mexico as president.

The Mexican leader added that the summit will likely include a trilateral meeting with Canadian Prime Minister Justin Trudeau and Biden.

In June, López Obrador boycotted the Summit of the Americas, held in Los Angeles, over the Biden administration’s refusal to invite the leaders of Cuba and Nicaragua and officials from Venezuela.

But the following month, López Obrador visited the White House for talks with Biden amid tensions over immigration and fentanyl.

The White House did not immediately respond to The Post’s request for comment.

The trip would come amid a wave of largely unchecked immigration into the US via the southern border.

There have been roughly 2.4 million crossings at the southern border recorded over the 12 months ending Sept. 30, the highest on record. Many of the migrants are from Central and South America.

House Minority Leader Kevin McCarthy called for Homeland Security Secretary Alejandro Mayorkas to resign over the crisis at the border during a visit to the Texas border with Mexico on Tuesday.

The North American leaders summit was previously planned for December.

White House press secretary Karine Jean-Pierre noted in October that the president’s plans for the summit were still undetermined.

“We’re still working through plans for the next North Americans Leaders’ Summit and have no travel announcement to make at this time,” Jean-Pierre said last month.