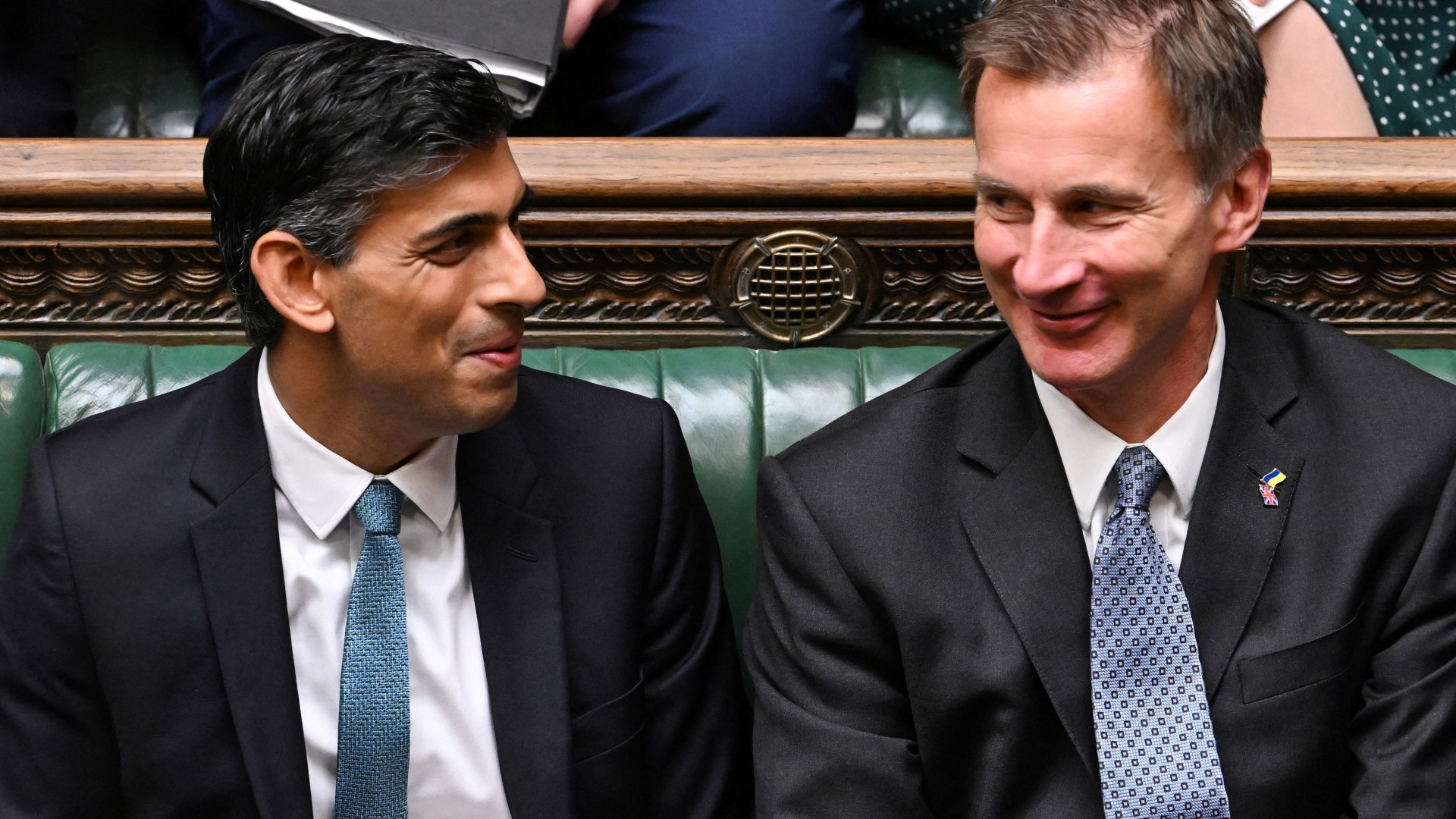 DURING the long, strange years of the Covid pandemic, a virus crept into the bloodstream of our politicians – and they are still not free of it.

An arrogant belief that our betters know best.

A managerial, statist certainty that our elected politicians are not simply there to run our country. But to run our lives.

The pandemic is over everywhere in the world apart from Xi Jinping’s China, where millions are in lockdown right now, three years after Covid came roaring out of Wuhan like a bat soup out of hell.

But one of the worst side-effects of Covid is still running wild in our own country.

“Everyone is going to have to take responsibility for the energy they use and . . . have to think about how they are going to reduce their energy consumption,” Jeremy Hunt warned MPs.

Where does it come from — this officious, high-handed tone?

It comes from the unbridled, limitless power politicians enjoyed during Covid.

It has made them all drunk on their own self-importance.

In a country not at war, no politicians ever had as much control over every aspect of our lives as they did during Covid.

For the first time in our history, you were given strict rules about where you could go, who you could see and if the Government might deign to allow you to hug a loved one on their deathbed.

We obeyed their draconian — frequently arbitrary and batty — rules for the greater good.

But only now we see the terrible damage that has been done to our way of life.

And to the mindset of our leaders.

When Jeremy Hunt sniffs that our ­people “need to change their behaviour” if we are to combat the energy crisis, you sense the lockdown-loopy fanatics in Westminster rather miss Covid.

But we don’t need Jeremy tut-tutting if we choose to turn up the heating rather than wear a woolly jumper.

Perhaps it is the Government that needs to change THEIR behaviour.

Perhaps the Conservative way would be to work out how the population in one of the richest countries in the world can take a hot bath ­whenever the hell they feel like it.

Build a few nuclear power stations. Dial down the green crap. That sort of thing.

Matt Hancock, Heath Secretary during much of Covid, ­constantly wagged his prissy finger ­during the pandemic, openly relishing a law that would get you ten years in jail — longer than the average sentence for rape — if you lied to avoid quarantine.

Hancock is long gone to feast on koala testicles, but the bargain bucket Stasi remain.

But it is not Hunt’s job to make you wear thermal underpants rather than turn up the heating.

There will one day be a reckoning for the pandemic.

The ones who come out best will emphatically not be those who called endlessly for longer, harsher lockdowns — the bossy boots’ who LOVED deciding how you were allowed to mourn your dying mother.

There is nothing remotely Conservative about this constant badgering to tell you how to live your life.

But after Covid, our politicians are convinced that big state knows best.

They have become hopelessly addicted to instructing you how to live our lives.

And forgotten that this is still a free country.

I HAD afternoon tea with Wilko Johnson the day before he had the surgery he expected to kill him. It was April 2014.

The former Dr Feelgood guitar legend had been diagnosed with terminal pancreatic cancer a year earlier.

He had a 3kg malignant tumour in his stomach that was bigger than a basketball.

And it should have killed him long before we sat sipping tea.

But it did not kill Wilko.

And neither did the major surgery he had to remove it, in the operating theatre of Addenbrooke’s Hospital, Cambridge.

After being told he had a 100 per cent certainty of dying in 2013, Wilko survived.

He beat all the odds and died this week at the age of 75.

And even though Wilko’s death came more than a decade later than expected, it is still a cause for national mourning.

Because Wilko Johnson was up there with Jimmy Page, Keith Richards, Pete Townshend – the very best of British guitarists.

When Dr Feelgood’s vocalist Lee Brilleaux took a break from the singing, Wilko would embark on one of his crazed runs across stage, eyes bulging madly, aiming his black and red Fender Telecaster at the audience like a machine gun, chopping out furious riffs that rattled the rafters.

It was possibly the most exciting sight in all of rock and roll.

In person, Wilko was the exact opposite of his berserk stage persona.

He was thoughtful, polite, soft-spoken and gently humorous.

His cancer diagnosis changed him profoundly.

Always intellectually curious, the certainty of death made him love life with an overwhelming, all-consuming intensity.

Wilko could weep at the sight of sunlight.

As we drank our tea, there were fans banging at the windows of the hotel where we sat.

Ironically, they were all excited to see the man who played Ser Ilyn Payne, the mute executioner in Game Of Thrones, hired for his psychotic stage stare.

But music nuts like me will remember the young gunslinger with the Telecaster.

Rest well, dear Wilko, my friend and my hero.

You were one of the all-time greats.

Down on the Crown

MARCIA WARREN, 78, plays the Queen Mother in The Crown.

And you know the way you can’t really tell the difference between Elizabeth Debicki and the real Princess Diana?

With Marcia and the Queen Mum, it is the exact opposite.

It took me most of The Crown’s fifth series to work out who Marcia was supposed to be.

I thought she was playing some old biddy who had wandered into Buckingham Palace from a nearby bus stop.

“On screen, I look older than the Queen Mother ever did,” confesses Marcia.

I know The Crown distorts real life, but this is ridiculous.

INCREDIBLY, the UK still sends £51.7million a year in foreign aid to China.

Er – shouldn’t China be paying us reparations for Covid?

THE calls to offer asylum to Iran’s football team are well-intentioned but naive.

They all have loved ones back in Iran.

Asylum would mean walking away from everyone they love.

They sang their national anthem against Wales.

They remained silent in the previous match against the USA.

And with every hint of defying their country’s brutal rulers, they risk death, torture and imprisonment

These Iranian footballers are what true courage looks like.

OUR monarchs will be kings for the rest of our lives. King Charles III. Then King William V. Then King George VII.

But did you see Kate shining at the King’s first state banquet?

Nobody is doing more to secure the monarchy than this Princess of Wales.

Hamza is the mane man…

UKRAINIAN model Alena Kravchenko and twin daughters Valeria and Miroslava are real-life Rapunzels, with hair that cascades all the way down to their gilded slippers.

Impressive. But Hamza Yassin, Strictly’s odds-on favourite, has got hair almost as long.

And Hamza can do the salsa, quickstep and American smooth without putting a Rapunzel hair out of place.