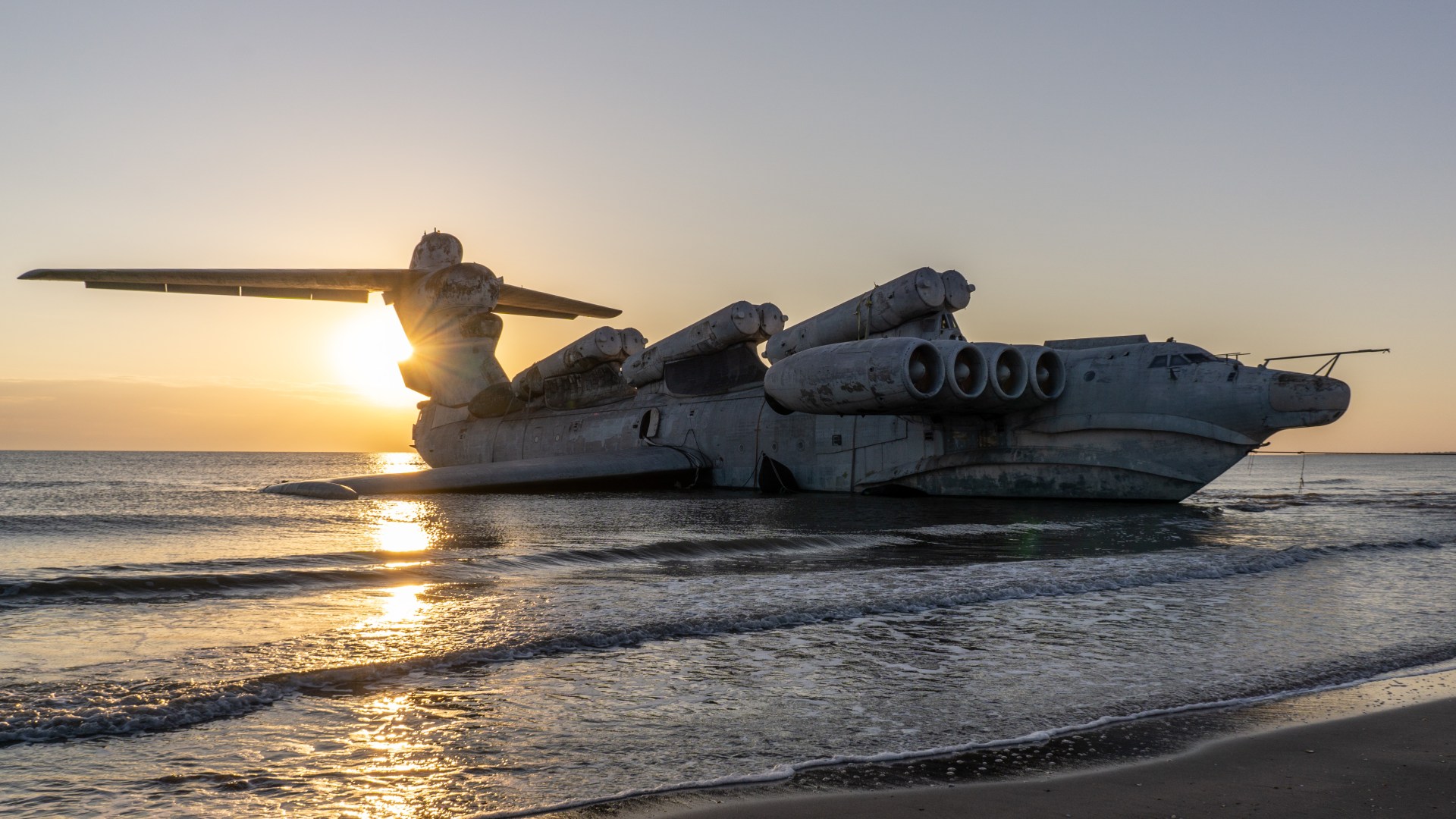 BIGGER than a Jumbo Jet and armed to the teeth with missiles, the Ekranoplan was built by the Soviet Union to carry out lightning attacks on ships.

The exotic eight engine plane – boat hybrid, nicknamed the ‘Caspian Sea Monster’ , was built as part of a top secret project during the Cold War but lies abandoned on a beach in Russia.

With its engines stacked in row on its wing, the Ekranoplan can claim to be one of the weirdest machines ever built.

The fire breathing beast came equipped with guided missiles fired from six launchers with a range of up to 60 miles.

American spies were convinced the Ekranoplan could also be used for laying mines, anti-submarine warfare and search and rescue operations.

According to naval warfare expert H.I Sutton, in the 1980s the Soviet Union planned to build eight to take on US Navy warships. 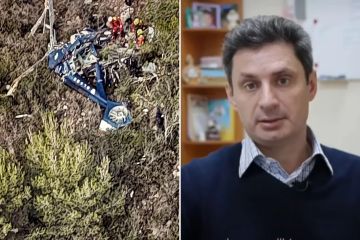 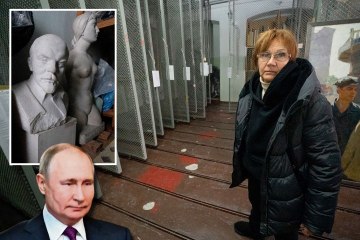 A three ship formation could unleash 18 missiles each travelling at three times the speed of sound.

He describes the Ekranoplan as “impressively fast and heavily armed” which was “a classic super weapon of the Cold War”.

The idea was that it would fly very fast just above waves underneath radar using what’s known as ‘ground effect’ – the aerodynamic interaction between the wings and the surface.

This formidable machine was even able to take off and land in stormy conditions, with waves of up to 8ft.

But it wasn’t able to fly at more than around 30ft and the use of ground effect meant it was technically classified as a ship, despite its appearance.

Work on the MD-160, known as the Lun, the Russian word for harrier, began in the 1970s and the one built entered service with the Soviet navy in 1987.

It was based on the Caspian Sea, hence its nickname, and manned by a crew of 15 consisting of six officers and nine enlisted sailors.

The United States was said to be concerned that it would bring a “new dimension to naval surface warfare”.

A second Lun designed for rescue and supply missions was nearly completed by the early 1990s.

But the whole programme was cancelled when the Soviet Union collapsed and the existing one was withdrawn from service.

Sadly the magnificent monster languished for decades in a dry dock of a Russian naval base until 2020.

The leviathan was earmarked as the centrepiece of a tourist attraction at the Patriot Park military museum in the city of Derbent.

Transporting the 385 ton machine on the 60 mile journey by sea was no simple task.

On the way the monster threatened to sink after springing a leak and it was abandoned on shore just short of Derbent.

Since then, the Soviet era oddity has attracted plenty of attention with urban explorers and bloggers visiting the site.

It’s unclear when the museum will be able to accommodate the exotic machine but its many fans are hoping it can be preserved.

For H.I Sutton “it will be a tragedy for military history if this unique craft is broken into pieces by the powers of nature”.