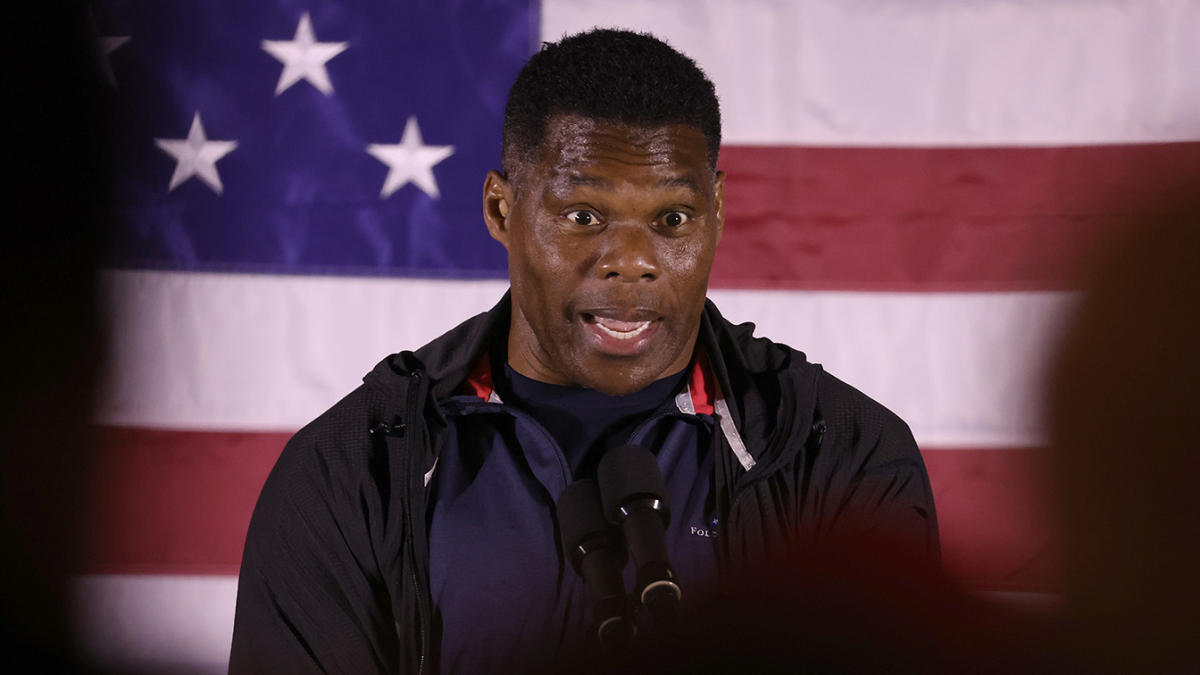 A complaint filed Sunday with the Georgia Bureau of Investigations and the state attorney general is calling for an investigation into whether Republican U.S. Senate candidate Herschel Walker committed a felony by voting in Georgia elections while claiming a homestead exemption for a home he owns in Texas.

The complaint, which was written by Georgia resident Ann Gregory Roberts, states that “it appears that Walker was not a resident of Georgia for voting purposes when he registered to vote and voted. Any person who votes, or registers to vote, knowing that he or she is not eligible to do so is guilty of a felony.”

Walker is engaged in a runoff election with Democratic incumbent Sen. Raphael Warnock that concludes on Dec. 6. Early voting turnout in the contest has shattered records, and a win by the Democrat could give his party a 51-49 majority in the Senate.

A former football great who ran for Senate at the urging of former President Donald Trump, Walker has been hit during the campaign with accusations that he paid for women he impregnated to receive abortions. The latest charge against him alleges that he is set to receive a $1,500 tax credit for 2022 on a Texas home that is listed as his primary residence.

“Herschel Walker registered to vote in Georgia in 2021 and voted in the 2022 primary and general elections despite simultaneously claiming a homestead tax exemption in Tarrant County, Texas,” the complaint reads. “To be eligible for a homestead exemption in Texas, a property must be owned and occupied as the owner’s principal residence.”

To be eligible for that Texas tax break, the owner of the property must “use the home as his or her principal residence on Jan. 1 of the tax year.” It also states that if a homeowner moves out of Texas, the resident can still receive the exemption “if you do not establish a principal residence elsewhere, you intend to return to the home, and you are away less than two years.”

Georgia law requires a voter with a homestead tax exemption to claim the address where the homeowner is receiving the exemption for voting purposes.

“Therefore, according to his own claim to the homestead exemption in Texas, it appears that Walker was not a resident of Georgia for voting purposes when he registered to vote and voted. Any person who votes, or registers to vote, knowing that he or she is not eligible to do so is guilty of a felony,” the complaint continued.

The U.S. Constitution simply requires a person to be an “inhabitant” of their state when elected.

According to election records maintained by the Office of the Georgia Secretary of State, Walker registered to vote in Fulton County, Ga., on Aug. 17, 2021, listing the address of a home located in the Buckhead section of Atlanta that is owned by his wife, Julie Blanchard, as his primary residence.

Jeff Law, the chief appraiser of the Tarrant Appraisal District, told 11Alive that his office will ask Walker if his Texas home is still his principal residence. The government agency could also examine Walker’s driver’s license to check if it matches the home address.

No one from the Walker campaign returned requests from Yahoo News for comment.

On Monday, Rep. Nikema Williams, the chair of the Democratic Party of Georgia, doubled down on the calls for a probe into whether Walker “lied about being a Georgia resident.”

“Georgians deserve answers, and Walker must be held accountable for his pattern of lies and disturbing conduct,” Williams told 11Alive in response to the letter. “This is yet another reminder that Walker lacks both the competence and character to be our U.S. senator.”