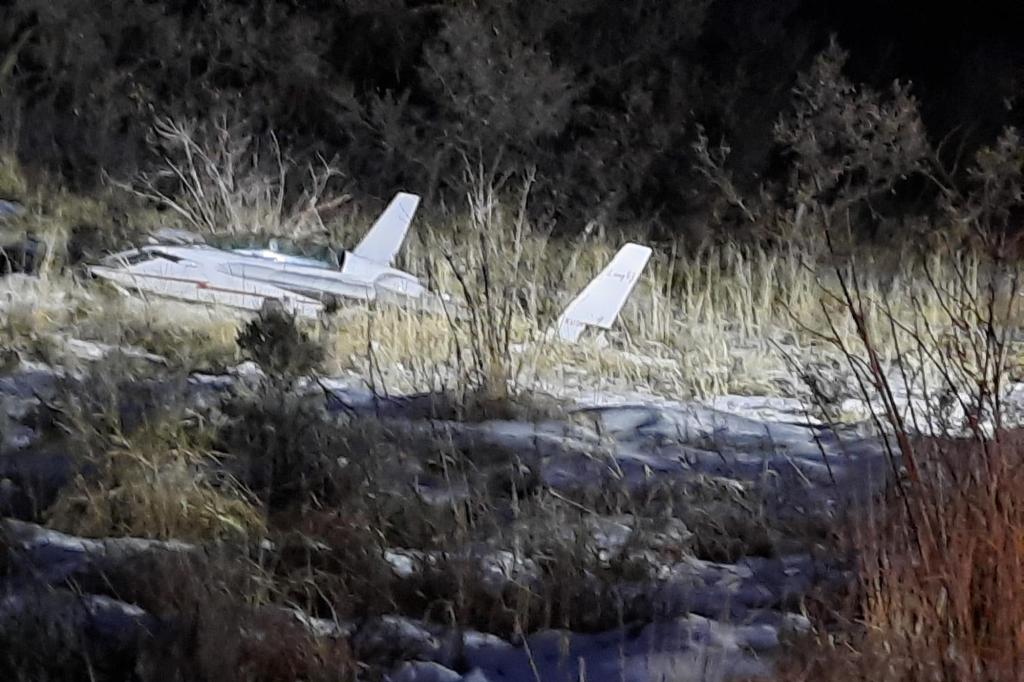 A pilot survived a small plane crash in a Utah canyon over the weekend and hiked about six miles to call for help, officials said.

The pilot “made a skilled forced landing” and “miraculously walked away” from the crash, according to officials, before hiking for two hours to find cell service to call 911.

After triangulating the pilot’s location, rescuers used ATVs to reach the crash site due to the difficult terrain, fire officials said.

“Normally with these situations, we have a great deal of difficulty finding the aircraft or the people,” Mountain Green Fire Chief Brian Brendel told KSL News. “In this case, he just kind of got out of his plane, dusted himself off and walked himself down this ATV road until he got into cell phone range.”

No injuries were reported and Brendel commended the pilot for bringing down the aircraft “pretty much in one piece.”

The plane had taken off from the Morgan County Airport located in Mountain Green, the outlet reported. It was reportedly traveling to somewhere in Idaho.

Officials did not immediately provide any details about what caused the crash or where the pilot was flying.