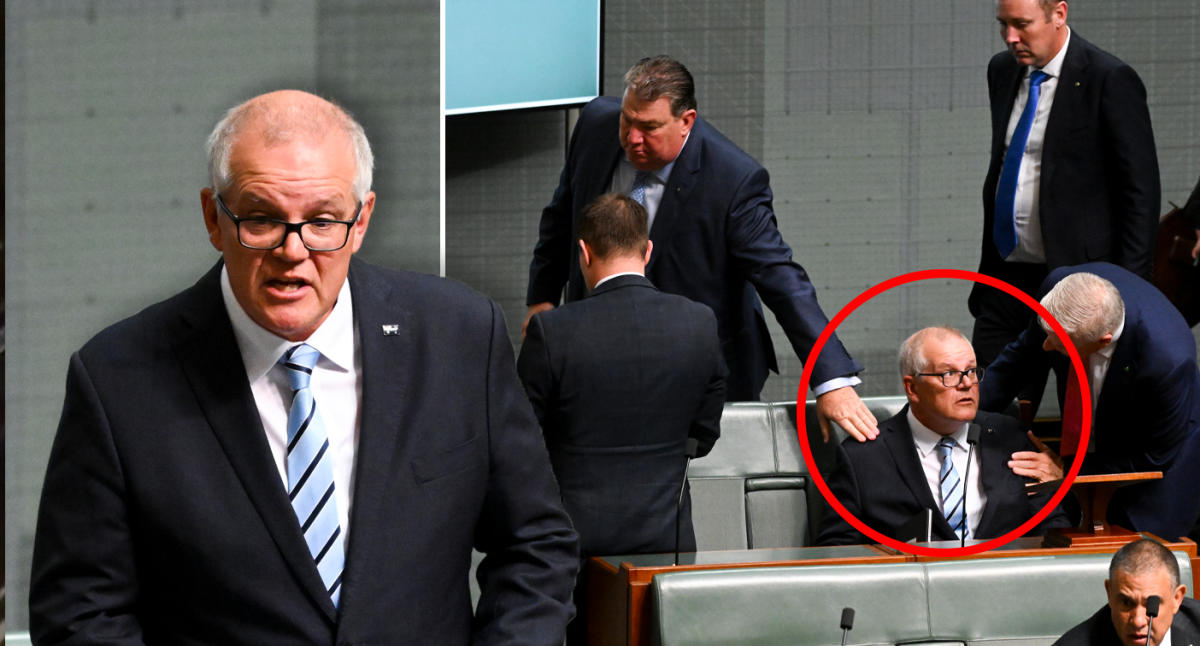 Scott Morrison has again defended his decision to take on multiple ministerial portfolios in secret while prime minister.

“I note the criticisms made of my decisions to be authorised to administer a series of departments have been made from the safety and relative calm of hindsight,” he told parliament on Wednesday.

His remarks come as a result of a rare censure motion moved in the House of Representatives to note its disapproval of Mr Morrison’s actions.

“The government’s response to censure and prosecute this motion is to engage in the politics of retribution and nothing less,” the former prime minister argued.

‘I thought this morning that we would see a semblance of contrition. We got none of that. We got hubris, we got arrogance, and we got denial,” he told parliament.

“(He) fails to accept any responsibility for the mess he made, or trashing of democratic conventions,” he said.

Environment Minister Tanya Plibersek was also unimpressed with the defence of his actions, adding she believes this will be Mr Morrison’s last week in office.

“I thought it was extraordinary. And I’ve got to say absolutely tone deaf given what the Bell inquiry said about this,” she said on ABC News moments after Mr Morrison addressed parliament.

While purely a symbolic move, “the censuring of a former prime minister is fairly unprecedented,” she added.

Mr Morrison said if he had been asked about the appointments at press conferences, he would have responded truthfully.

“For those who wish to add their judgment on my actions … I simply suggest they stop and consider the following: have you ever had to deal with a crisis where the outlook was completely unknown?” Mr Morrison said.

“Once you have considered your own experience … then you may wish to cast the first stone in this place.”

The former Liberal leader offered a qualified apology “to those who were offended”.

“But I do not apologise for taking action … in a national crisis in order to save lives and to save livelihoods.”

“I do not accept any of the explanations put forward by the former prime minister for his actions and I’m deeply disappointed for the lack of apology or more importantly, the lack of understanding of the impact of the decisions,” she said.