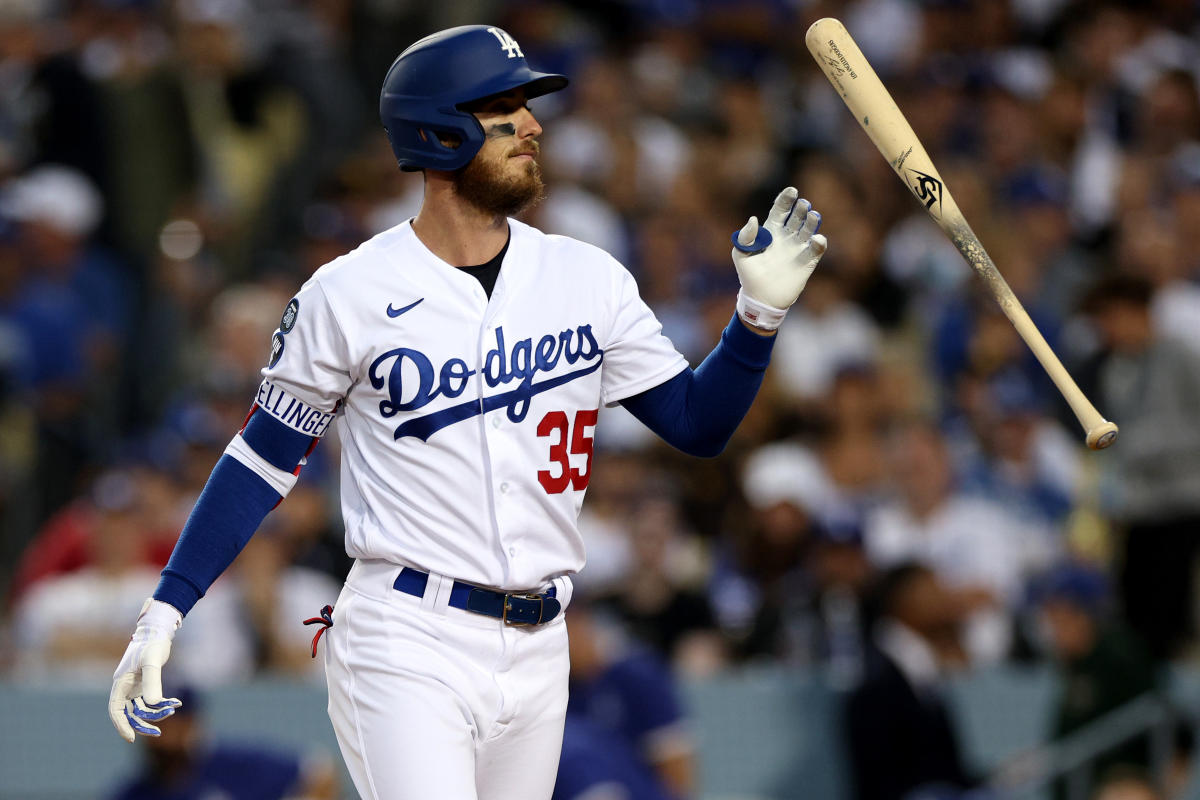 A former MVP is hitting the MLB free-agent market at age 27. That would usually spark a bidding war in the Sotheby’s realm — hundreds of millions of dollars, only the highest of high rollers, etc. — but Cody Bellinger no longer looks like the player who claimed the NL honor in 2019. After two shockingly subpar seasons from Bellinger, the Los Angeles Dodgers non-tendered him, declining to pay a 2023 salary projected to land around $18 million through the arbitration process.

Still, there is a clamoring for Bellinger’s services, even if it’s more garage sale than art auction. The New York Post’s Jon Heyman reported that 11 teams have expressed interest in Bellinger, and agent Scott Boras told the Athletic’s Ken Rosenthal that Bellinger has declined multiyear offers in pursuit of a one-year deal.

From his debut in 2017 through 2019, Bellinger was a power-hitting force with an upright stance and an unconventionally lean frame that allowed him to play stellar defense both in center field and at first base. During that MVP campaign (during one peak of the league’s ball-induced homer boom), he bashed 47 homers, batted .305 and walked almost as often as he struck out. In 2020, he regressed and battled shoulder injuries. In 2021, after suffering a fractured leg early in the season, he plunged to almost unfathomable depths, slashing .165/.240/.305 in 95 miserable games. The 2022 season wasn’t that bad, but Bellinger also never got close to his former cruising altitude.

His defense hasn’t gone anywhere, and amid a relative shortage of proven center-field options, that’s a big reason so many teams are interested in this current version of Bellinger. But the dream for all involved — the teams, Bellinger, Boras, anyone with tickets in the outfield — involves recapturing the Bellinger of old.

What does Bellinger need to fix to regain his MVP form?

This is the rare team decision that will likely depend more on the squishy, intangible idea of fit than dollars or contract stipulations. Given Bellinger’s specific (but difficult) goal of executing a baseball time machine trick and the narrow range of likely deals — his 2023 guarantee is almost certain to fall between Kyle Schwarber’s $10 million 2021 deal and the $18 million arbitration projection — teams will mostly be pitching him on how they can help him help them.

The way to Bellinger’s heart — or at least his signature on a contract — should be a comprehensive plan to diagnose and correct his problems at the plate. Imagine the Shohei Ohtani sweepstakes, but with the self-improvement bent of “Queer Eye.”

What would such a plan entail? Bellinger’s swing and approach have gone awry; that much is clear. But if there were an easy solution for that, it’s safe to say Bellinger or the highly respected Dodgers front office would have identified it by now.

He’s also not hitting the ball as often. Between 2018 and 2020, Bellinger struck out in only 19.6% of his plate appearances, less than the average MLB hitter despite a swing that has always looked synonymous with “home run or bust.” But over the past two seasons, his strikeout rate ballooned over 26% and his walk rate crashed. Whether it’s the chicken or the egg, Bellinger has been swinging far more often the past two seasons than he did in his glory days, and it’s almost certainly not helping matters.

Looking through his results, it’s easy to see how Bellinger’s approach would end up in the blender. After years of success whacking breaking balls over the heart of the plate, he batted only .164 against a barrage of them in 2022. A setup that previously made high fastballs reachable suddenly just makes him late and low.

In 2022, Bellinger was one of the game’s least productive hitters against pitches in the heart of the zone, as defined by Statcast, largely because he keeps hitting them straight up in the air — almost as automatic an out as a strikeout.

One of the most compelling theories about how the slugger’s swing got so discombobulated, posited by Tieran Alexander at Prospects Live, focuses not on his shoulder maladies but on the hairline fracture in his leg that he originally tried to swing through. Bellinger has (perhaps subconsciously) altered the way his lower half works since returning from that injury in May 2021, and the mechanical ripple effects could in part explain his missing power and timing.

Which teams have the best chance of fixing Bellinger?

The team that signs Bellinger will likely be seeking to understand just how his injuries might’ve thrown off the chain reaction of physical movements in his swing. Whether or not they can figure that out, they should be focused on finding an approach at the plate that suits the current version of Bellinger.

There is increasingly individualized research available on swing decisions — and undoubtedly more advanced material at the team level — that could guide Bellinger toward a calmer, more balanced pattern of swings, even if his power can’t be totally replenished. For instance, he has been dramatically more successful swinging at low pitches the past two seasons compared to high ones.

For obvious reasons, we don’t know exactly which teams have novel strategies for, say, reconstructing wayward swings or improving plate discipline. We can take some broad guesses about the teams that excel in player development, but Bellinger was already on the team perhaps most associated with improving hitters.

As a baseline, he will want relatively guaranteed playing time, preferably at the more valuable center-field position where he thrives. Plenty of teams have needs in center field, but five stand out as particularly appealing landing spots for Bellinger.

Toronto’s recent trade that sent Teoscar Hernandez to the Seattle Mariners opens up the possibility that the Jays have designs on finding a new outfielder and perhaps moving George Springer to a corner. Their hitting coaches have emphasized swing decisions and helped trade acquisition Matt Chapman regain his footing after injury issues in 2022.

The Dodgers’ rivals have a lot of roster room and money to play with, and they’ve been very successful revamping hitters under top executive Farhan Zaidi and manager Gabe Kapler. If any team would have a detailed plan for Bellinger, it seems like the Giants might be it.

They don’t officially have a general manager right now, but the World Series champs have long been leaders in the area of player development. Their center-field situation is unsettled despite Chas McCormick’s strong postseason, and Bellinger could fit nicely into a platoon situation in which he plays most days in center and occasionally spells Jose Abreu at first base against lefties.

I won’t pretend the Cubs have many recent hitter development success stories in the Bellinger realm, but they do have openings in center field and at first base. They are reportedly positioning their young team to take a step forward, so Bellinger could be a nice one-year bet for Chicago.

Or, you know, Bellinger could go back to the team that knows him best. Despite the prolonged disappointment and the non-tender, it’s true that he showed improvement in 2022 and that the Dodgers have more information about his trajectory than any other squad. And true to form, their roster could be twisted about 100 different ways to fit, so don’t rule out a return to L.A.

The Boston Red Sox and Milwaukee Brewers could also plug Bellinger into their lineups, but they might prioritize using cheaper prospects to fill those gaps.