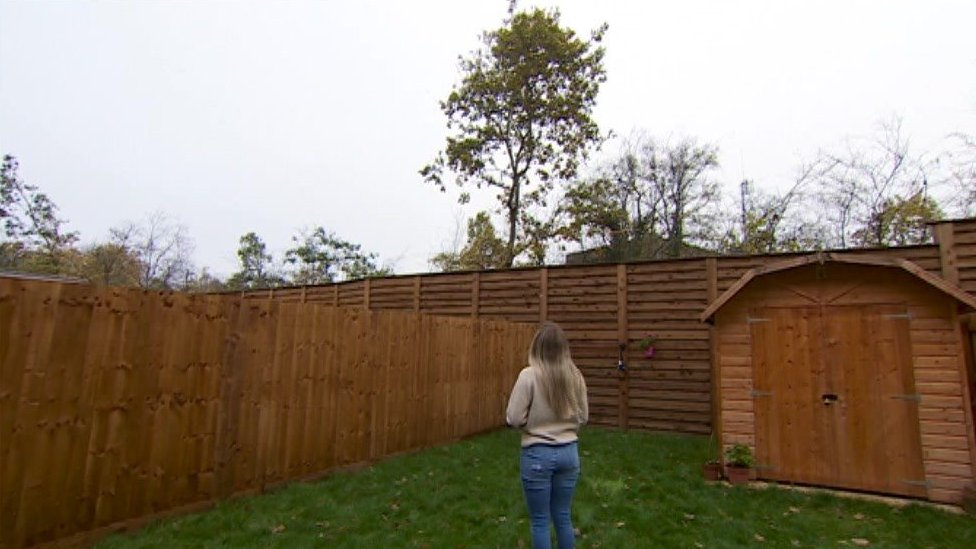 People living next to a railway line say they are upset after mature trees were cut down by Network Rail.

The company has been removing trees along a seven-mile section of track between Mansfield and Trowell in Nottinghamshire.

One resident living on a new housing estate near the tracks in Wollaton told the BBC she cried as she saw a row of trees “falling like dominos”.

Network Rail said the work was necessary for track safety.

The firm set out its plans for the work in documents as the new homes were being built.

It said letters were later sent to homeowners in June but admitted some residents may not have received various communications as the development was still under way.

Resident Anna Whittaker said she returned home on Sunday after a weekend away to see the trees behind her garden fence “falling like dominos”.

“We could hear the sound of chainsaws and the trees fell down one by one,” she said.

“I actually started crying because I love these trees.”

Another resident Claudia Mondini said she also cried when she saw the trees being felled, adding until Sunday squirrels were regular visitors to their garden.

“When we bought this house, we bought because we have a beautiful environment here.

“Now, we don’t know if we want to say here… because they just cut all of them.”

Neighbour Katherine Creasey said: “Could it not have been done in a less destructive fashion? Did all of those beautiful trees need to go or could they have been pruned a little bit more carefully?”

Catherine Nuttgens, the urban programme lead at The Woodland Trust, said: “The trees, shrubs and plants that grow on railway sidings provide networks for nature.

“Obviously, safety has to be a priority but also biodiversity is very important.

“What we would like to see from Network Rail, where possible, is to retain mature trees… [which] can’t really be replaced by small trees.”

“We’re really sorry that this has upset some residents,” she said.

“Overgrown trees can make it difficult for drivers to see signals clearly, blow onto the line during storms, or cause a slippery build-up of leaves on the tracks in the autumn.

“To prevent this, we cut back all trees within 6.5 metres of the tracks and then prune or reduce trees beyond that.”

Ms Scott added the firm would be “replanting smaller more sustainable trees and creating habitat for wildlife” in the area.

Overnight work is expected to continue on the railway line until March.