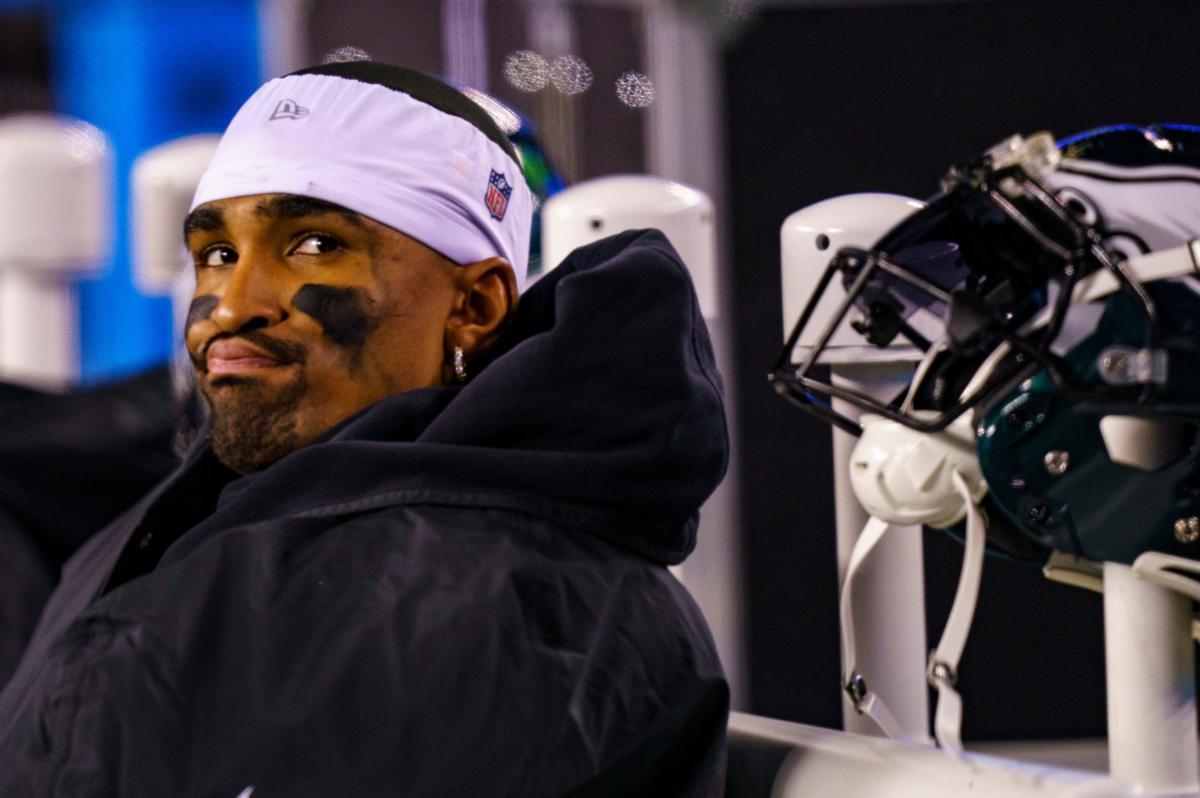 PHILADELPHIA − There are six games left in the regular season, and the Eagles could have a playoff berth wrapped up after their game Sunday against the Tennessee Titans.

If the Eagles, who are 10-1, don’t clinch Sunday, it’s only inevitable that it will happen the next week or the week after.

The Eagles, of course, are so far couching their answers about the playoffs with “I don’t want to get ahead of myself,” as wide receiver A.J. Brown said after the Eagles’ 40-33 win over the Packers on Sunday night.

But the Eagles also have bigger goals than just getting in, like winning the NFC East, clinching the No. 1 overall seed in the NFC with the first-round bye that comes with it.

Here, then, are five playoff scenarios facing the Eagles heading into the final 6 games of the season:

Yes, the No. 1 draft pick is possible

The Eagles might be better served needing a win against the New Orleans Saints on Jan. 1 in order to clinch the top overall seed in the NFC playoffs.

Even if the Eagles have clinched before then, they would have some incentive to beating the Saints because they have the Saints’ first-round draft pick after last spring’s trade.

ANOTHER INJURY:Eagles’ Gardner-Johnson ‘out indefinitely,’ as little-known rookie is replacing him, report

RUN TO DAYLIGHT:Why Jalen Hurts rushing success is not because of his legs, and one Eagle has a warning

The Saints are 4-8, and according to tankathon.com, if the season ended today, that first-round pick would be No. 6 overall. There’s a scenario where that pick could be No. 1 if the Saints lose their final five games while Houston (1-9-1) wins 3 of its final 6 games, as well as other teams winning to fall behind New Orleans in the draft order.

Even a top-5 pick in a year in which the Eagles aren’t drafting a quarterback would be a great situation for them.

But the Eagles would also have incentive because the Saints could end up winning the weak NFC South with a sub-.500 record. They are currently 1 1/2 games behind the first-place Buccaneers. If the Saints win the division, that first-round pick would be no lower than No. 18.

Get 4 key injured players back before finale

Davis is eligible to come back Sunday, Maddox on Dec. 11 and Goedert on Dec. 18. If Gardner-Johnson goes on IR with a lacerated kidney, he’d be eligible to return Jan. 1.

That doesn’t mean that they will come back then.

Davis, for example, can only start practicing this week if the Eagles open the 21-day practice window. Davis hurt his ankle on Oct. 30, so two days of practice (the Eagles have turned Wednesdays into walkthrough days) might not be enough time to get back into game shape.

The Eagles, no doubt, would want all of those players to get at least one or two regular-season games under their belt before the playoffs begin. So while the starters might rest in the season finale, that might not be the case for the aforementioned four players.

Hurts is still on pace to set the NFL record for rushing attempts by a quarterback. Baltimore’s Lamar Jackson has the record with 176 carries in 2019. But Hurts, with 127 carries through 11 games, is on pace to end up with 196.

Every time Hurts runs, he exposes himself to a hard hit. Granted, Eagles coaches praise Hurts for his ability to avoid hits.

The Eagles currently have a two-game lead over the Cowboys (8-3) in the NFC East, with a Dec. 24 matchup looming in Dallas. The Cowboys are coming off two strong games in a 40-3 rout over the Vikings and a 28-20 Thanksgiving win over the Giants.

Dallas is also healthier than in the first matchup against the Eagles, a 26-17 Eagles win on Oct. 16. Cowboys quarterback Dak Prescott didn’t play in that game, and the Eagles intercepted his backup, Cooper Rush, three times.

In addition, the Cowboys could also have another significant addition in free agent wide receiver Odell Beckham Jr. The Cowboys are publicly recruiting Beckham Jr., who’s also recovering from a torn ACL.

So that game will be a truer test for NFC East supremacy. And sure, Eagles’ fans would relish clinching the division against their bitter rivals, especially in Dallas.

Give Giants taste of own medicine

Picture this scenario: The Eagles have everything clinched heading into the season-finale against the Giants on Jan. 8, but the Giants need a win to clinch a playoff spot. Because of the implications, NBC decides to make that the Sunday night game.

It would be reminiscent of the 2020 finale, where Washington played the Eagles in the primetime game needing a win to clinch the NFC East. Had the Eagles won that game, then the Giants would have gotten in with a 6-10 record.

But the Eagles, already eliminated from contention, sat most of their starters before the game. Then when it was a surprisingly close game after three quarters, with the Eagles trailing only 17-14, then-coach Doug Pederson pulled Hurts and installed third-string QB Nate Sudfeld.

Washington thus got the playoff spot, while former Giants coach Joe Judge was livid and publicly accused the Eagles of disrespecting the game.

So it would be poetic justice if the Eagles, playing mostly reserves, were to beat the Giants and eliminate them from postseason play.