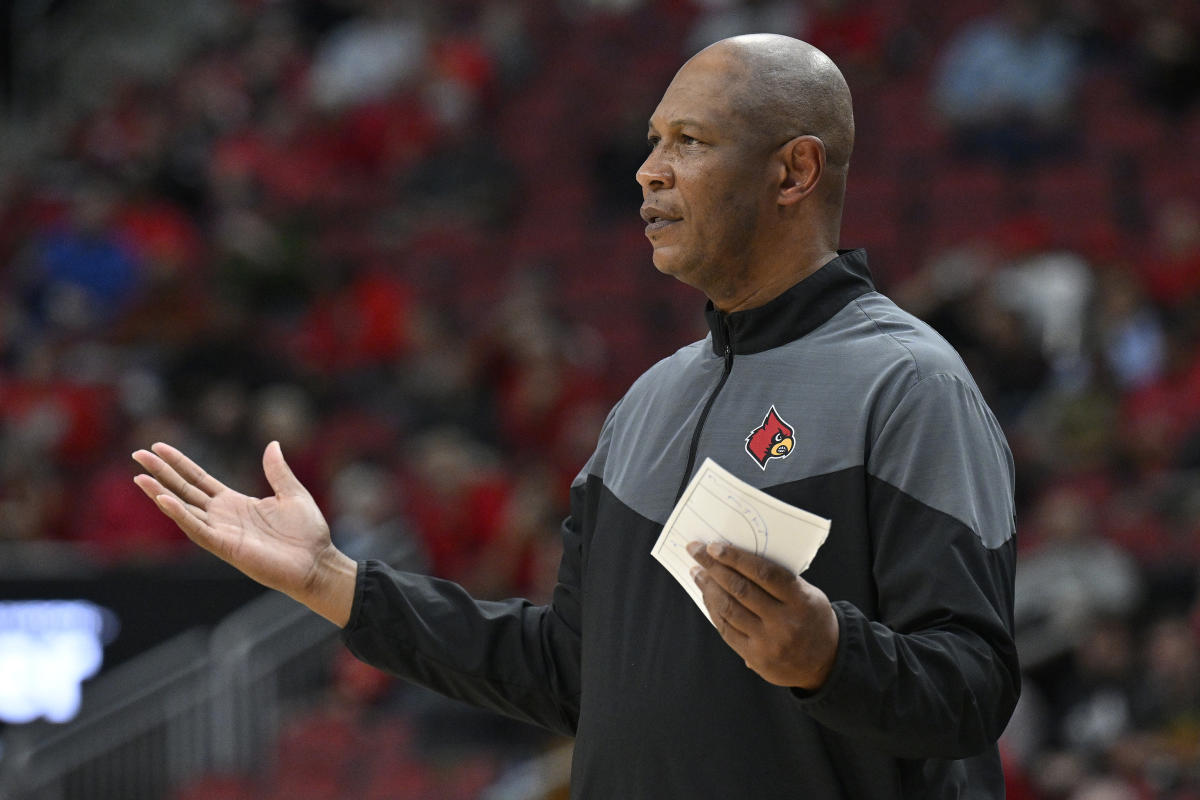 College basketball has a new rivalry this season: Louisville and Cal’s race to the bottom.

The Cardinals men’s basketball team lost in lopsided fashion yet again on Tuesday, this time falling 79-54 to No. 22 Maryland, three days after the Golden Bears fell 67-59 to Clemson. Each loss knocked the teams’ records down to 0-7, and it’s hard to emphasize just how unprecedented that is.

Per ESPN Stats and Info, no major conference team had ever started 0-7 in a season before this year. Now, two teams have done it.

Typically, major conference teams post at least one win thanks to the practice of scheduling a cupcake or two (or five) early in the season. The rub is Louisville and Cal kind of did that, they just happened to lose to the likes of Bellarmine (currently No. 237 in the Kenpom ratings), Appalachian State (No. 208), UC San Diego (No. 289) and Southern (No. 225).

Fans of those teams probably don’t have to worry about going winless just yet — each has a few soft nonconference games left and anything can happen in conference play — but things clearly aren’t going right.

Of course, you don’t have to tell those fans that.

How Louisville basketball started the season 0-7

The Cardinals are usually known as one of college basketball’s top programs, but there were much closer to the bottom entering this season.

The program finished last season 13-19, and its season was somehow more turbulent than the record indicates. Then-head coach Chris Mack was suspended by the school for the first six games of the season due to his role in ex-Louisville assistant Dino Gaudio’s extortion case, and things didn’t exactly pick up once he got back.

Louisville finished the season losing 15 of its last 19, and player exodus followed in the offseason after Mack’s firing.

Leading scorer Noah Locke transferred to Providence. No. 2 scorer Malik Williams graduated. Dre Davis, Matt Cross and Samuel Williamson, all in the team’s top 10 of scoring, also transferred. All told, the Cardinals lost seven of the top 10 scorers of an already bad team, which didn’t give new head coach Kenny Payne much to work with.

As miserable as all that sounds, Louisville still turned out to be capable of heartbreak. It opened this season with losses to Bellarmine, Wright State and Appalachian State. The combined margin of defeat: three points.

How Cal basketball started the season 0-7

Unlike Louisville, Cal is hardly a basketball power, but this is bad even by its standards.

Like Louisville, a player exodus had clearly dealt a devastating blow to the Golden Bears. Top scorers Jordan Shepherd, Andre Kelly, Grant Anticevich and Jalen Celestine all either graduated or transferred.

Put it this way, a Cal blog’s headline for this year’s basketball preview was Sisyphean Basketball. The Bears went a combined 21-40 in the previous two seasons under head coach Mark Fox, and looked like they would be worse.

They were worse. They haven’t lost a game by more than 12 points this season, but they have looked absolutely miserable, ranking in the 300s among Division I teams in points per game, field goal percentage, 3-point percentage and turnovers per game.

That’s probably enough to put a guy on the hot seat.