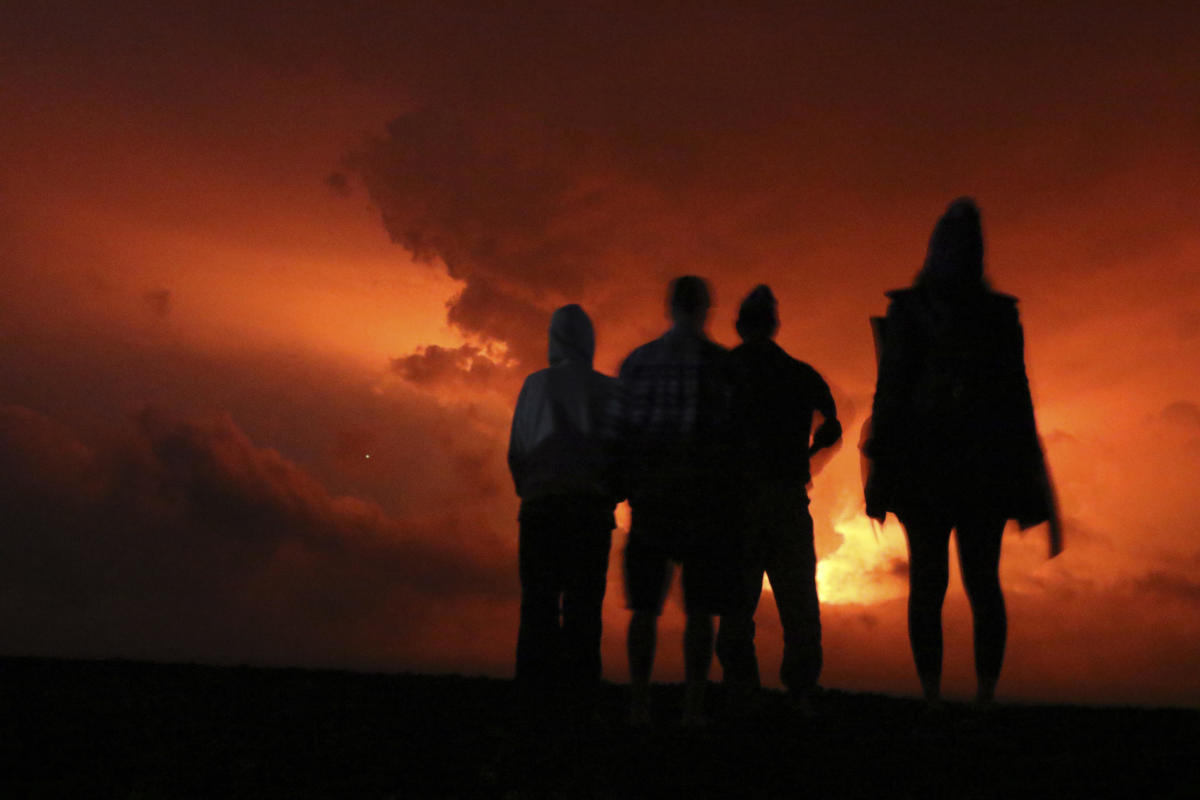 Hawaii’s Mauna Loa, the world’s largest active volcano, erupted for the first time in decades on Sunday night. Nearby, Kilauea is also erupting — both on the archipelago’s Big Island.

Dual eruptions haven’t been seen since 1984.

“This is a rare time where we have two eruptions happening simultaneously,” Jessica Ferracane, a spokesperson for Hawaii Volcanoes National Park, told CBS News. “To the people of Hawaii, this is a very sacred event that we are watching.”

The Kilauea volcano, which is smaller and more active than Mauna Loa, has been in a constant state of eruption since 1983. In 2018, its lava flows destroyed hundreds of homes on the island. Recently, its eruption activity has been confined to the crater, according to the U.S. Geological Survey.

Ken Hon, scientist-in-charge at the Hawaiian Volcano Observatory, said experts are monitoring the lava’s movement, which is about 6 miles from Saddle Road, which connects the east and west sides of the island.

“It could just as easily shift and start another flow as well and we’ll just watch it very, very carefully. We are thinking very, very, much about advances,” Hon said.

Ash and sulfur dioxide from the eruption could negatively affect air quality across the state, the state health department said.

The Hawaii Volcanoes National Park remains open but visitors are urged to check the park website for closure updates, safety alerts, air quality and other information.