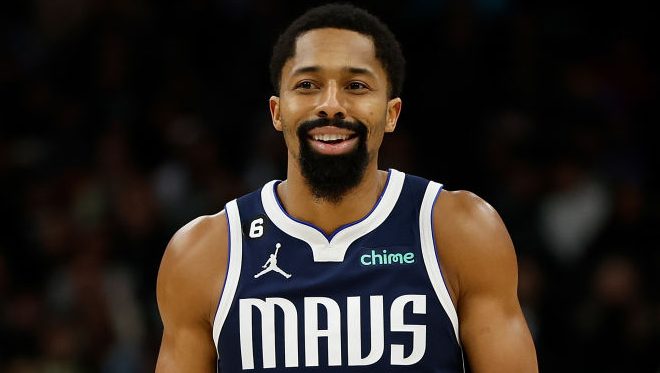 Dallas has gotten in trouble this season because of a lack of secondary shot creation behind Luka Doncic, so when Spencer Dinwiddie got ejected for an elbow to the face of Golden State’s Jordan Poole, it seemed like the Mavericks might be in danger of falling to the Warriors.

Doncic had other plans — and a 41-point triple-double.

The ejection happened early in the fourth quarter, when Dinwiddie drove the lane on Poole and, bringing the ball up, elbowed Poole in the face.

That was reviewed by the referees who ruled it a Flagrant 2. The league has cracked down on blows to the face and head — intentional or not — the past couple of seasons.

Dinwiddie being out just meant more Luka — and that was bad news for the Warriors.

Despite Doncic and his triple-double, the Warriors had a couple of chances in the final seconds. First, Stephen Curry got called for a travel.

The Warriors argued that call but got nowhere with the referees. But they got one more chance on a Klay Thompson 3 to tie, but it was just not their night.

The Mavericks got the 116-113 win. Tim Hardaway Jr. pitched in 25 points, including five 3-pointers for Dallas. Curry led the Warriors with 32.

Check out more on the Warriors