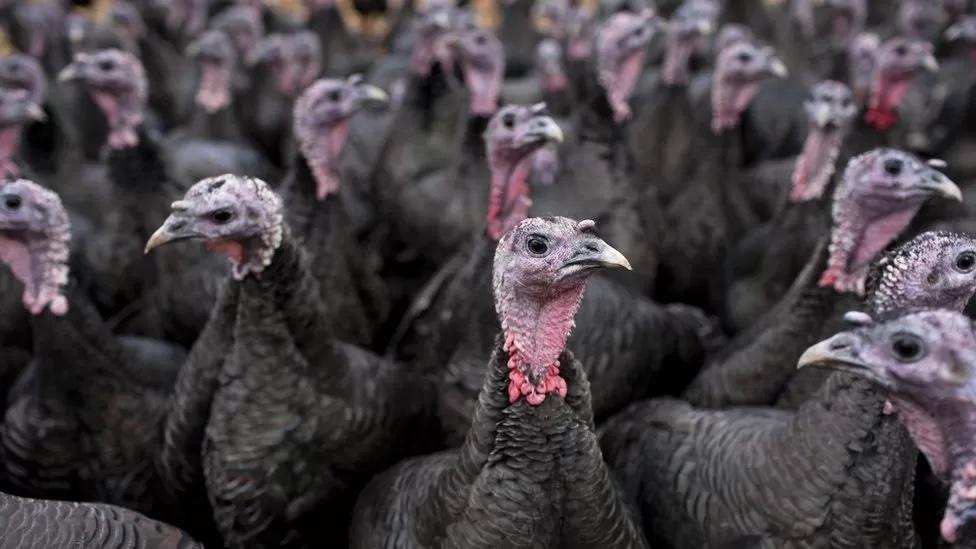 Bird flu has dealt a killer blow to a York butcher’s Christmas orders after an outbreak at his supplier’s farm.

Karl Slater, who runs Tony Neary Butchers, said he had 57 orders confirmed before he got the bad news.

The H5N1 strain of the disease has been responsible for the deaths of hundreds of thousands of wild birds and millions of domestic ones.

Mr Slater said the situation was “out of his hands”, but he was trying to source alternatives.

He has appealed to customers who had ordered birds to contact him “as soon as possible”.

An order for all all kept birds and poultry to be kept indoors to combat the spread of avian flu came into force on 7 November.

Mr Slater said: “Last week our turkey suppliers have had a case of avian flu, so anyone that’s ordered a turkey with us needs to get in touch as soon as possible so I can get them an alternative.”

He said he had spent “six hours on the phone trying to find like-for-like replacements” but found that “everyone had already pre-ordered”.

Mr Slater said his customers had been “really supportive because there’s nothing I can do, it’s out of my hands”.

“The supplier has a separate chicken farm and they got it a few months ago, so there was quite a high risk his turkey’s would get it as well,” he added.

Sir Robert Goodwill, the Tory MP for Scarborough and Whitby, who also chairs the cross-party Environment, Food and Rural Affairs Committee, said the disease could “go through an entire flock and kill every single one”.

Mr Goodwill said: “There is a compensation scheme for farmers, but only for healthy birds and often by the time Defra have got their vets onto the farm many of the birds are already dead.

“We’ve had about 123 cases in England since 1 October, which is a very large number and it’s causing real concern among the industry.”