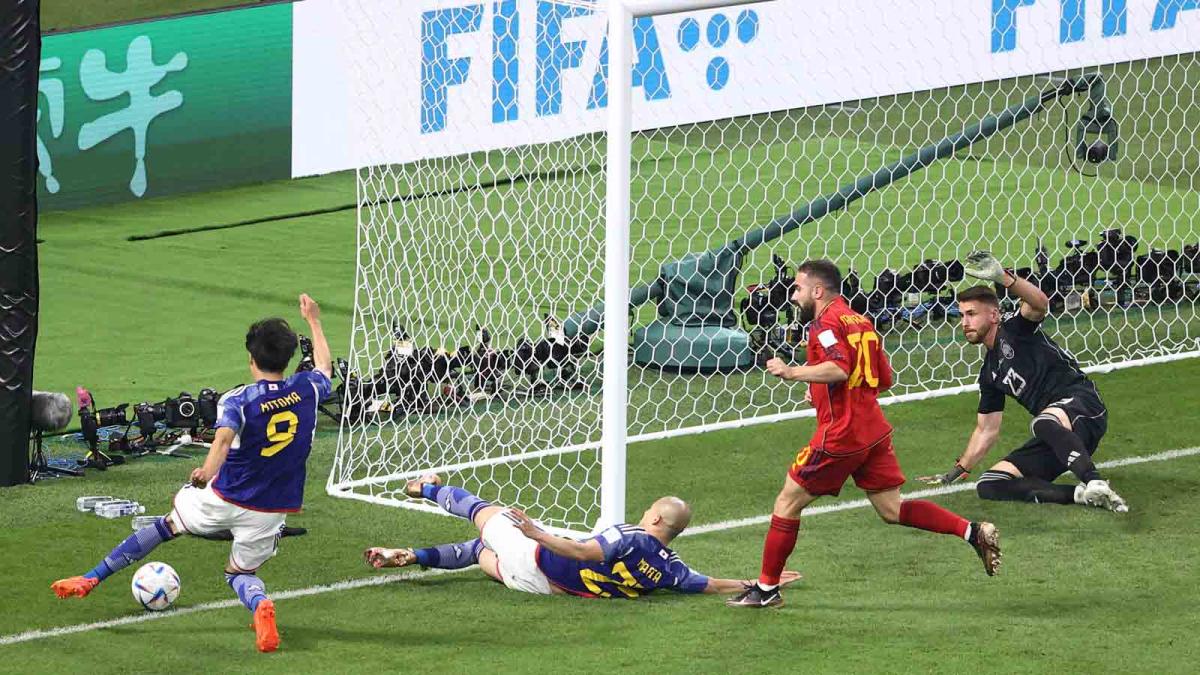 How quickly things can change in the World Cup.

Japan was dominated in the first half of an essential must-win matchup against Spain. Then, early in the second half, they scored two goals in a three-minute span to take the lead.

After Spain was unable to clear, Ritsu Doan settled the ball just outside the box and fired a left-footed shot past Spain keeper Unai Simón for the equalizer in the 48th minute.

Shortly after, Doan fired a shot that rolled just wide of the far post. Kaoru Mitoma slid to get a touch on the ball just before it crossed the endline, sending it in front of the empty net, where Ao Tanaka knocked it in to give Japan a 2-1 lead in the 51st minute.

After a VAR check to confirm the ball stayed in bounds, the goal was confirmed.

It was a sudden turn of events for a Japan team that held possession for just 14 percent of the first half while allowing Spain to complete 530 passes.

The two goals put Japan roughly 30 minutes from advancing. The winner of the Group E matchup will secure a spot in the round of 16 at the 2022 FIFA World Cup. Both teams could also advance with a draw and a Germany win over Costa Rica, provided they have the advantage in the goal differential tiebreaker.