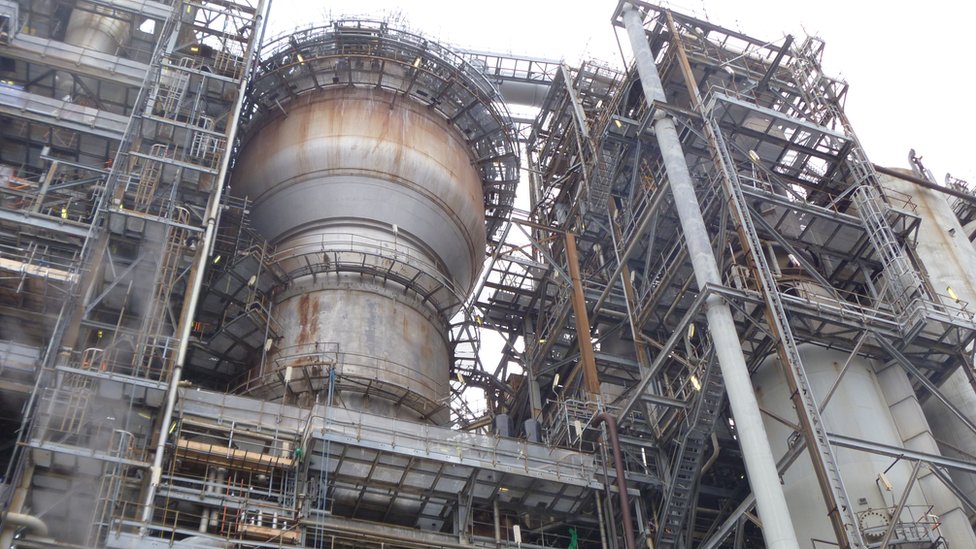 A multimillion-pound carbon capture plant is to be built at an oil refinery in Cheshire.

The company said it would also invest in a range of efficiencies to “decarbonise its production process”.

A statement said Essar’s “energy transition strategy” was based on the development of more environmentally friendly fuels.

The firm will also seek to establish the UK’s largest biofuels storage facility at the site, it said.

The government has a net zero target by 2050.

The plant would have the same carbon-reducing effect as taking 400,000 cars off the road, Essar said.

UK chief executive Deepak Maheshwari said the plant would be “the single biggest initiative to decarbonise our processes”.

He added: “Not only is it the right environmental thing to do, it will future-proof the critical Stanlow Refinery for the long term, protecting jobs and industry, while also placing Stanlow at the very centre of the UK’s energy transition.”

Essar said it was already making rapid progress against its broader decarbonisation targets with plans in place for the supply of hydrogen.

Hydrogen is a low or zero-emission substitute for fossil fuels.

Scientists hope to demonstrate that it can be used instead of natural gas in a range of industrial settings, helping companies’ transition to a low-carbon future.

A £45m furnace that runs completely on hydrogen – the first of its kind in the UK – will replace three existing furnaces at Stanlow.