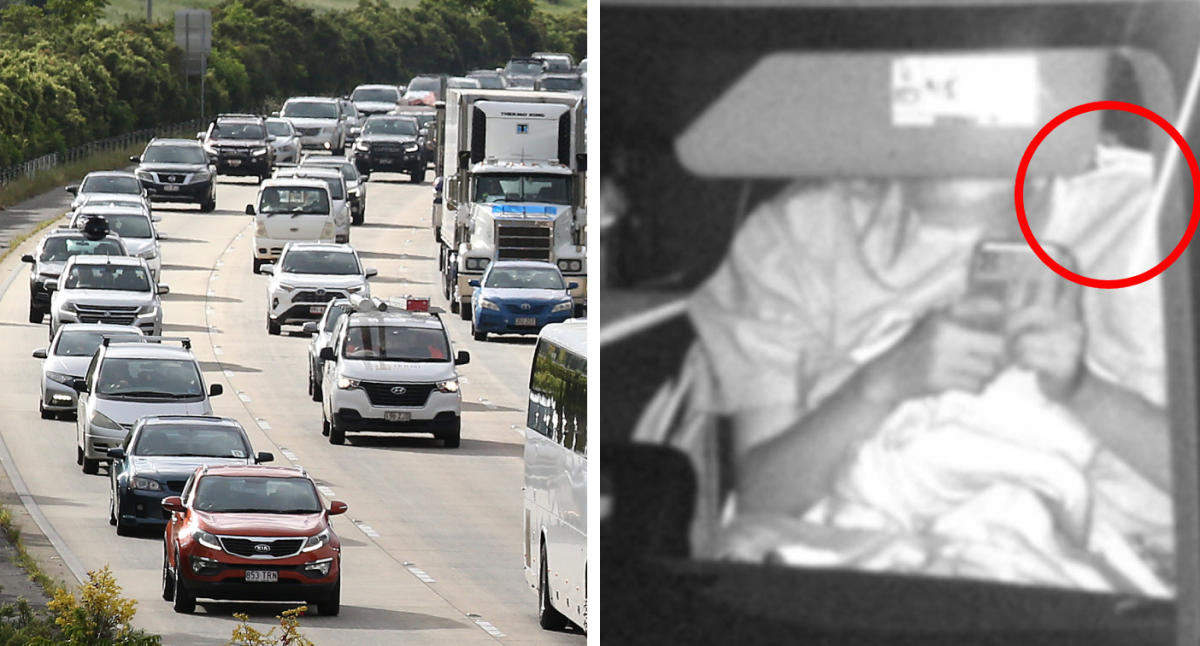 A Queensland man has vented his frustration over a traffic fine and intends to take the matter to court. Colin Kuan, a pastry chef from Brisbane, explained how he received an infringement notice for having a passenger without a seatbelt, but says no law was actually broken.

Mr Kuan says he challenged the infraction notice, pointing out the passenger’s seatbelt was simply covered by the jacket she was holding, but Transport and Main Roads (TMR) upheld the fine, saying the seatbelt was not worn properly over her shoulder.

Mr Kuan believes the camera was only triggered due to the jacket obscuring the lap sash and that TMR is now just “trying to find other little stuff to make me admit that we are doing it wrong”.

Photo evidence provided by TMR to Mr Kuan is of low quality, but he says it shows a seatbelt extended down over the passenger. An infographic from the Queensland state government is not clear as to whether or not a belt over the upper arm but not the shoulder would constitute an infraction.

Speaking to Yahoo News, Mr Kuan remained adamant that the “belt was fitted and adjusted properly” and claimed he had a spotless driving record, having “never received any form of fine” before this. He further explained that “putting your seatbelt on is instinctual” for both he and his passenger, who is also his partner, and that they never forget to wear their belts and never wear them incorrectly.

Mr Kuan lamented the size of the fine, at $1,078, saying it was almost the same as his weekly salary and equates to nearly “a month worth of groceries”. Regardless, he said he would “happily pay the fine” if he’d actually committed the offence. Mr Kuan intends to take the matter to court where he believes higher resolution images will vindicate himself and his partner.

A spokesperson for TMR said they do not release personal information, but customers who believe they have been incorrectly fined can view their images online and/or elect to have their matter heard in court. “If an infringement notice is issued and the driver feels they were incorrectly fined, they can view their images online by logging into the TMR Online Services portal at www.qld.gov.au/TMRPortal,” the spokesperson said.

“The cameras images are filtered by Artificial Intelligence (AI) software. If a possible offence is detected, the image is reviewed by an authorised TMR officer to determine if an offence has been committed. Every person issued an infringement notice for a mobile phone or seatbelt offence, which comes with a penalty of $1,078 and four demerit points, can have the matter heard in a magistrates court.”