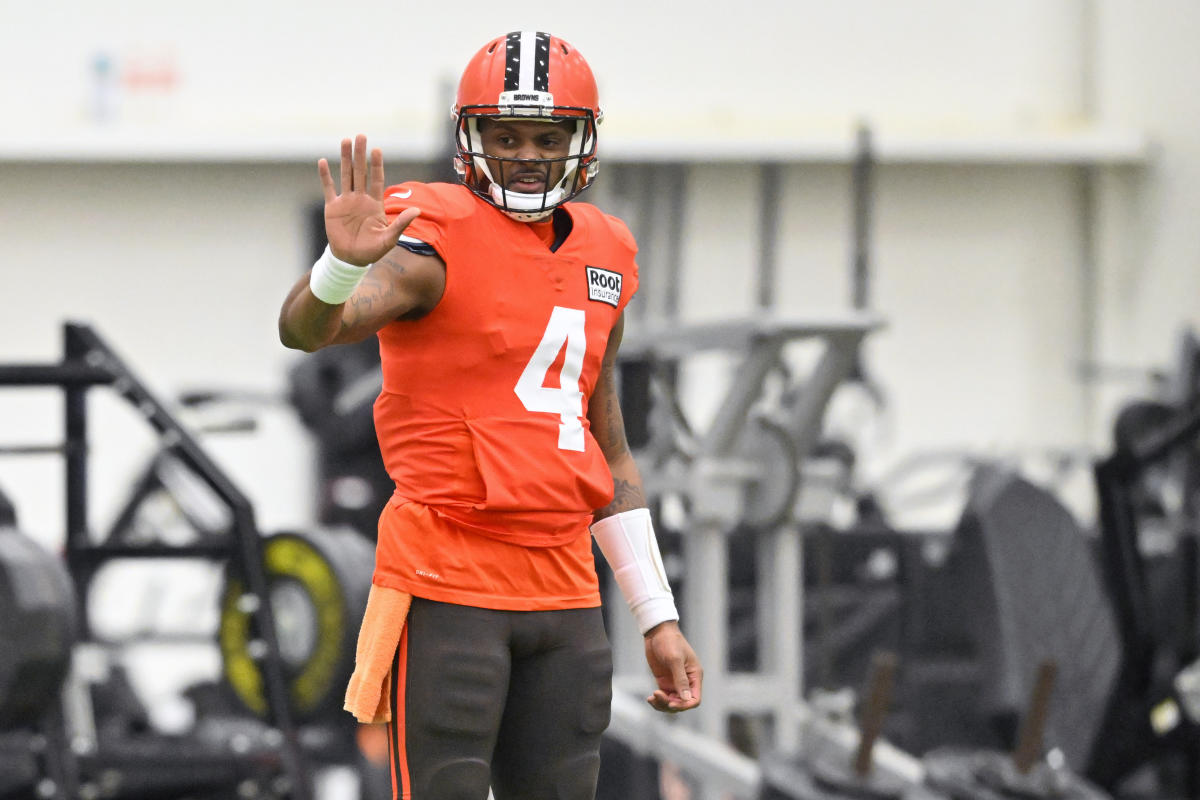 For some time now, a portion of the difficulty facing the Cleveland Browns’ future with Deshaun Watson has been as obvious as it is inconsistent.

He talks, things don’t get better.

Instead, it would become a different kind of showcase. One displaying Watson’s struggle to navigate unscripted questions about the sexual assault and misconduct allegations levied against him. He’d meander and make contradictory statements about personal accountability. Eventually, a relentless lingering feeling would set in: Watson was creating more problems than resolutions seemingly every time he spoke into a microphone or camera.

In one moment, he was suggesting a personal need to grow and learn and show true character. In the next, he was professing his innocence. The glue in between? A rationalization that he believed was cleansing tonic for all of these accusations.

He was raised by women. And he would never …

Living in Houston, where a number of Watson’s accusers encountered him — and covering the NFL, where there is a vast profit-reaping infrastructure inclined to both punish and shield him — the one thing I can say is this: In nearly every moment Watson has spoken before this week, tidal waves of emotion began slamming into each other. Washing over the alleged victims, to the media covering him, to the lawyers litigating his actions, to Watson’s close-knit camp furiously thrashing beneath it all — and finally, to the NFL and Browns organization, each just trying to stay above water.

All of it funneled into this week, when Watson was set to make his first appearance before the media since training camp. The underlying goal for the Browns and Watson was fairly clear. Whether the public is satisfied or not, they are turning the page to the football portion of Deshaun Watson’s Cleveland story. The only question was how to do that in the most concise way.

Thursday, we found out: Simply wall off everything but football. Brick it up and build an ending to the story where there was supposed to be another beginning.

That’s what happened this week, for the first time since Watson arrived in Cleveland. Unlike past meetings with the media, he declined to further engage in any subjects that connect to his civil suit allegations. As it stands, 24 lawsuits have been settled by Watson out of court. Two have not. But those remaining two are now the staging point where Watson established the barrier that he apparently intends to utilize. Per advisement, due to that ongoing litigation, he won’t be talking about his past or current civil suits or anything related to them.

That means no questions related to his accusers, nothing about his 11-game personal conduct suspension, no delving into his league-mandated therapy as part of his reinstatement process. Nothing related to the awkward return that awaits him in Houston on Sunday, when 10 of Watson’s accusers will reportedly be watching the game from a suite. All off limits. And if there’s anything else that somehow snakes away from the specifics of football and football only, that’s being placed in a raft and pushed out to sea, destination unknown and likely unrealized.

As Watson put it while he kicked off Thursday’s media conference: “I understand that you guys have a lot of questions, but with my legal team and my clinical team, there’s only football questions that I can really address at this time.”

The media availability itself was unusual. It happened a day later than typical with quarterbacks in Cleveland, and reporters were directed to raise their hands and be called upon rather than verbally jousting to ask questions. Watson clearly knew his “four food groups” talking points: playing against the Houston Texans, playing quarterback for the Browns, executing the offense, not answering anything unrelated to football.

At one point, a reporter reminded Watson that last August he said there would be a day when he told “his side” of the story regarding all the allegations against him. Asked when that day might be, Watson gave a telling answer.

“Who knows what the future holds,” he said. “Right now, I’m locked in on being the starting quarterback for the Cleveland Browns.”

It’s not hard to interpret what that means in the broader context. First, it all conveyed a message that Watson has likely already done his last unscripted question-and-answer session with the media about the civil suits. Second, he may never speak about them again at all, unless it’s to a hand-chosen person or an opposing counsel in a court room. And finally, this all feels like it’s set up to be kicked down the road, potentially settled out of court with his last two lawsuits, and then closed with a statement that he’s moving on with his life and his football career.

That often happens in sports. It’s the other playbook. Mastered by utilizing time and distance and steeping everything else in the narrative of football. I’m not saying it’s right. I’m just saying that it’s something we’ve all seen before, something we’ve criticized before, and something that continues to be malignant in the NFL.

For some — maybe most — that outcome with Watson will be unsatisfying and disgusting. For others closer to the quarterback, it will be relieving. For his accusers, it will be empty. Unfortunately for everyone, it should be clarifying. There will be no satisfactory resolution here to cover anyone. There never was going to be one. On Sunday, Watson will step on a field again and start shifting his track back to football. Just like the questions he now entertains, it only goes one direction.

“Just get to the games” isn’t simply a statement. It’s an NFL train that is consistent, unashamed and unrelenting. The Browns are stepping aboard with Watson this weekend. Whether you’re going along for the ride is now up to you.