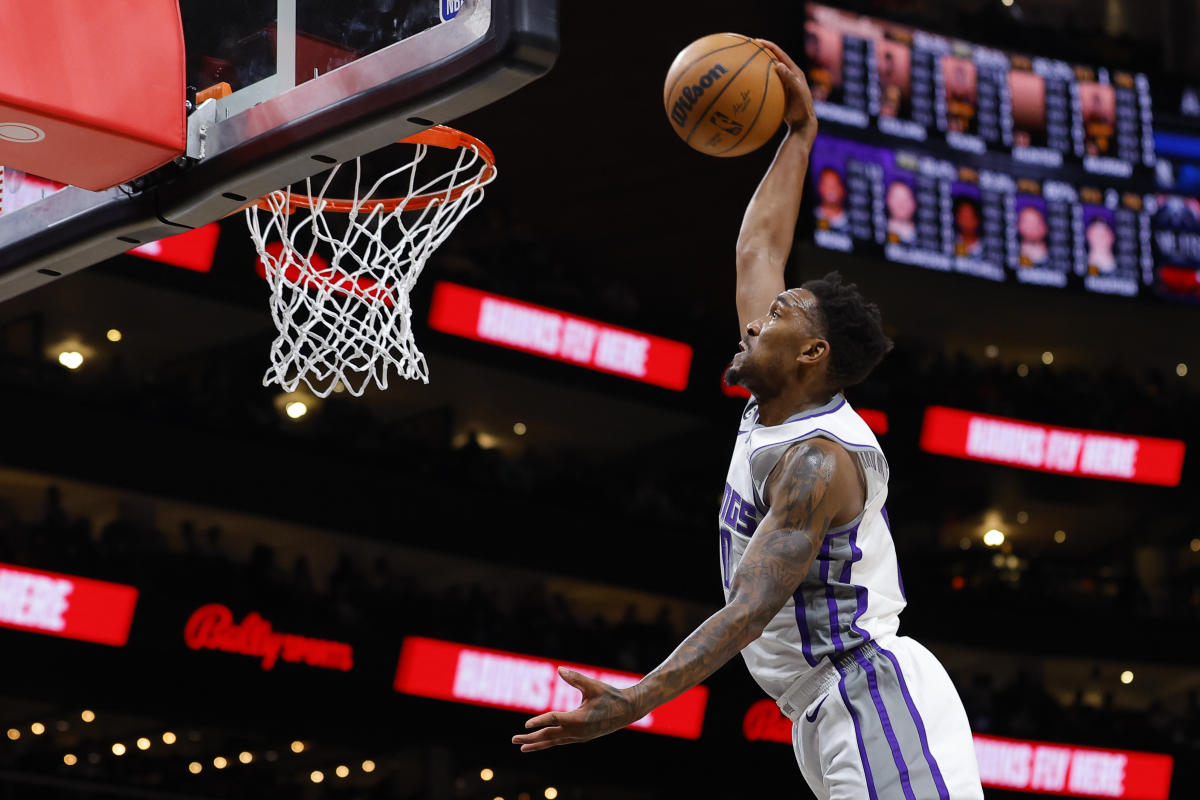 We’ve reached December, and the fantasy waiver wire is still alive and well. The constant circle of injuries (and returns from injuries) essentially ensures this trend’s continuation. As such, most of this week’s suggested pickups fall under one of those two categories — players whose value has increased due to injuries, and injury returnees themselves. And as usual, this article focuses primarily on players I haven’t already recommended adding this season, with one exception.

Without further ado, here’s who to add heading into Week 8.

Over the last eight games, Jackson is managing per-game averages of 16.8 points, 5.5 assists, 3.4 rebounds and 2.1 threes across 30.8 minutes. Based on the injury histories of Paul George, Kawhi Leonard and John Wall over the last few seasons, it only makes sense to take a flier on Jackson if he’s still available in your league. He, too, has experienced plenty of injuries during his career, but over the last couple of years, Jackson has been the healthiest of the four.

Fultz made his season debut on Wednesday and delivered a well-rounded line of eight points, four dimes, two steals, one board and one block in 17 minutes. Although he has appeared in just 26 games over the past two seasons combined due to injuries, he also has an established track record of stuffing the stat sheet in around 20 minutes per night. There is more competition for playing time and on-ball reps in Orlando than in years past, but Fultz will likely earn a demanding enough role to achieve fantasy relevance, particularly in deep leagues.

During his second game back following a four-game injury absence, LeVert exploded for 22 points, six boards, four dimes, three treys and one steal in 33 minutes during a blowout victory versus the 76ers. Although Ricky Rubio (knee) is presumably making steady progress in his recovery and poses a threat to LeVert’s long-term fantasy relevance, at this point, Rubio remains without a timetable to return.

Earning his third nod of the year in this waiver wire column, Monk is enjoying a breakout campaign and has combined for 50 points and 14 dimes over the last two games. Sporting career-high averages in scoring (14.6 PPG), assists (4.4 APG), field-goal percentage (48.8% FG) and free-throw percentage (89.1% FT) in a mere 22.5 minutes per game, Monk already makes for an excellent pickup across all formats.

Moreover, his minutes have been on the rise of late, having earned 23-plus minutes in five of the last seven outings.

Small sample size alert! Starting in place of Karl-Anthony Towns (calf), Anderson accumulated 10 points, six rebounds, five assists, two treys, one steal and one block in 39 minutes during Wednesday’s win against the Grizzlies. Minnesota doesn’t have much depth at power forward, which could result in Anderson being heavily relied upon in December and perhaps even longer.

As soon as Towns is healthy, Anderson can probably be dropped, but until then, he’s worth scooping up in all but the shallowest leagues.

Warren is expected to make his first appearance since December 2020 on Friday against the Raptors. While he likely won’t be ready for a heavy load of minutes for a while, Warren is an intriguing speculative add based on his impressive level of play before the stress fractures. During his last fully healthy season (2019-20), Warren averaged 19.8 points (53.6% FG, 40.3% 3PT, 81.9% FT), 4.2 rebounds, 1.5 assists, 1.4 threes and 1.2 steals across 32.9 minutes. Players who have posted a stat line like that in recent memory aren’t found on the waiver wire often.

McConnell appeared in only 27 games last season due to injury and got off to a slow start this season, earning less than 20 minutes in 12 of his first 14 appearances. However, across the last six contests, McConnell is averaging 9.7 points, 6.3 dimes, 3.3 boards and 1.8 swipes in 21.7 minutes. Indiana will put the ball in Tyrese Haliburton’s hands — McConnell is not an effective off-ball player — but over the years, the veteran has proven capable of contributing quality assists and steals averages even when operating in a reserve role.

Seasoned fantasy basketball managers know how difficult dimes and steals are to find via the free-agent pool, especially in deep leagues, so McConnell is certainly worthy of consideration.