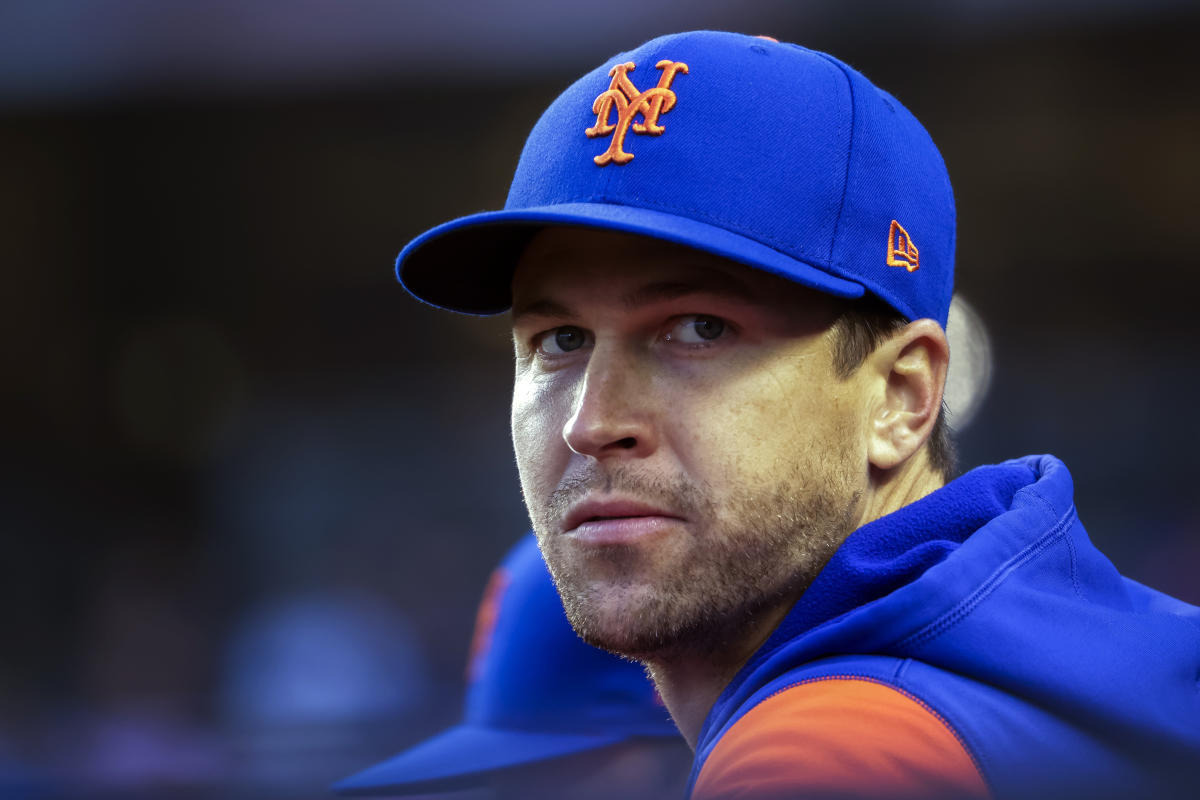 Untouchable ace Jacob deGrom has agreed to a deal with the Texas Rangers, the club announced Friday.

The contract is for five years and $185 million, with a conditional sixth-year option that would increase its value to $222 million, per ESPN’s Jeff Passan. DeGrom reportedly received a full no-trade clause.

Having watched the average annual value record for starters skyrocket — Max Scherzer reset it last offseason with his $43.3 million per year Mets pact — the 34-year-old exercised the opt-out clause in the five-year, $137.5 million extension he signed prior to the 2019 season.

This deal fell short of Scherzer’s annual salary at $37 million per year, but its length provides security for a pitcher who has faced a concerning string of injuries the past few years.

Despite those durability questions, deGrom was the highest-impact pitcher on the market. With very few pitchers in his realm, his profile compared to Scherzer’s last winter, entering his age-38 season, and Justin Verlander’s this winter, entering an age-40 season.

You might remember that the Rangers spent big last offseason.

Actually, that’s an understatement. The Rangers spent more than any other team in MLB history last offseason, with a 10-year, $325 million deal for Corey Seager, seven years and $175 million for Marcus Semien, four years and $56 million for Jon Gray and a few more non-negligible contracts for the likes of Martín Pérez, Garrett Richards, Brad Miller and Kole Calhoun.

The Rangers were hoping the spree would vault them from the AL West cellar back into contention in 2022, but that did not happen. Instead, the team was only a little better, going from 60 wins in 2021 to 68 wins last season, and the organization ended up firing president of baseball operations Jon Daniels.

DeGrom went from good to great to elite with Mets

DeGrom announced an intention to test the market even prior to the 2022 season, but that did very little to quiet speculation about his future in New York. Originally a floppy-haired, surprise star who claimed the NL Rookie of the Year Award in 2014, the former college shortstop who never stopped improving became a phenomenon at Citi Field.

From his debut through 2017, deGrom was a very good pitcher with a five-pitch arsenal whose fastball sat between 94 and 96 mph. He twice received down-ballot Cy Young consideration. In 2018, though, he morphed into an arguably unprecedented baseball Terminator, winning back-to-back Cy Young awards.

Now, he regularly touches 100 mph or higher with his fastball. And while he will occasionally offer a changeup or curveball to keep things interesting, he operates — for all intents and purposes — with two impossible pitches: that fastball and a 92 mph slider, relentlessly spotted down and away to righties and down and in to lefties.

The only problem? His pursuit of pitching nirvana has recently been interrupted by injuries, raising the question of whether the pitches are nearly as impossible for him to throw as they are for hitters to hit. Forearm and elbow discomfort ended deGrom’s 2021 after 15 starts, and a stress reaction in his scapula delayed his 2022 comeback until August.

Although the Mets’ season ended in disappointment, deGrom twirled six innings to earn their lone victory over the San Diego Padres in the NL wild-card series. He’s 4-1 with a 2.90 ERA in five career postseason starts.