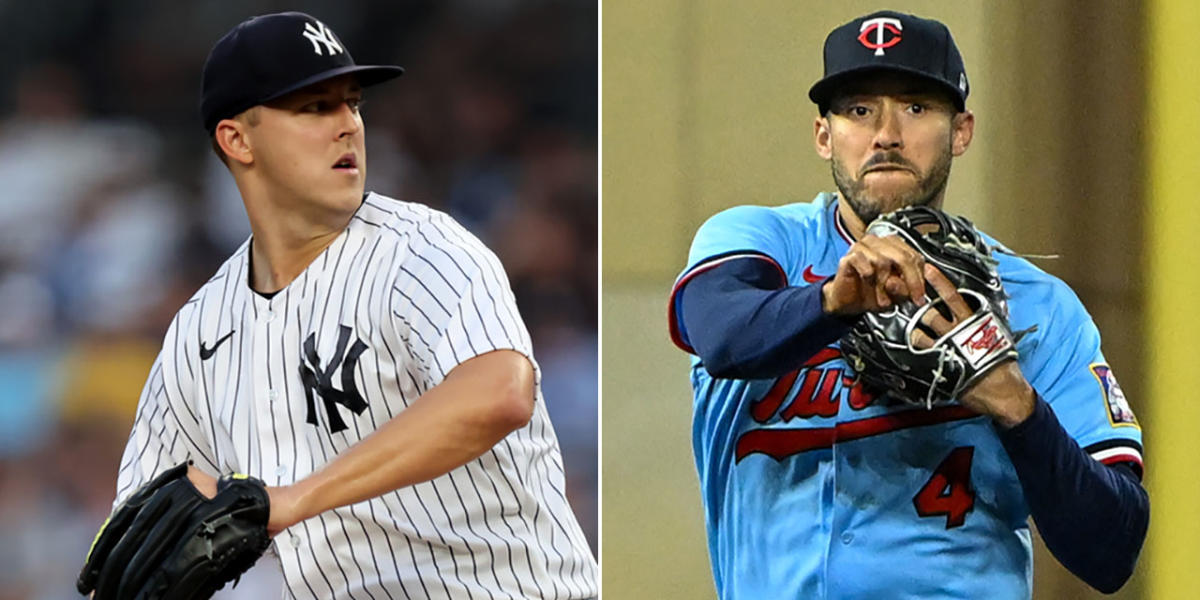 With Jameson Taillon done, is Carlos Correa next for Cubs? originally appeared on NBC Sports Chicago

One day after baseball’s first $300 million player of the winter was signed, the Cubs started delivering Tuesday on months of promises to spend this winter in an effort to “absolutely” try to compete in 2023.

It wasn’t quite the level of Trea Turner’s 11-year deal with the Phillies on Monday. But hold that thought for a moment.

The Cubs did commit $82.5 million in striking their first free agent deals of the offseason, including landing a significant addition to their rotation in right-hander Jameson Taillon for four years, $68 million.

That happened late Tuesday night, about eight hours after getting former MVP and bounce-back candidate Cody Bellinger for one year, $17.5 million,

“I think the Tom-Tom drum is finally beating again,” agent Scott Boras said Tuesday of Tom Ricketts and the family ownership of the Cubs.

That was a drum that banged slowly amid a flurry of industry activity until Tuesday.

Now the big question is how much more bang for how many more bucks is coming next for a team fresh off back-to-back rim shots for seasons.

And by big question, we mean the kind of big-name, big-money contract that will signal the inflection point in this latest rebuild and the bona fide start of team president Jed Hoyer’s Next Great Cubs Team.

It’s no accident Boras was asked his impressions of the Cubs’ spending intentions as the agent for shortstops Correa and Xander Bogaerts, ace starter Carlos Rodón, All-Star outfielder Brandon Nimmo and, by the way, Bellinger.

Boras wouldn’t comment on specifics about any of his conversations with Cubs officials, or even their well documented and serious pursuit of Correa, arguably the top shortstop among this winter’s free agent class.

But sources say Boras has talked at least briefly with Ricketts since the season ended.

And his comment Tuesday aligns with what NBC Sports Chicago Dave Kaplan reported Monday: that Ricketts issued a mandate to Hoyer to add enough talent to pull the Cubs out of their two-year malaise and gave the “green light” to spend what it takes.

And manager David Ross on Tuesday acknowledged his and Hoyer’s sit-down with Correa, the free agent’s wife and Boras on Monday — just one of “a lot of players” Ross has met as part of the recruiting push the Cubs are making on myriad fronts to add middle-infield talent, pitching, bats and outfielders.

Tuesday’s two deals might even have offered hints into Hoyer’s overall plan for the winter, especially considering Taillon represents another contact pitcher in a Cubs rotation already brimming with them — underscoring the need for a Gold Glove shortstop such as Correa to help shore up a less-than-spectacular incumbent infield (especially with the extreme infield shifts banned starting next year).

Not to mention the Gold Glove outfielder Bellinger has been when at his All-Star best.

If the focus on the Cubs didn’t already center on Correa before Tuesday, it certainly does now.

And sources suggest they’re as deeply involved in trying to land him as anyone this side of the Twins — despite a price tag widely assumed to be bigger than Turner’s as the youngest (28) of the four big-name shortstops and the only one of the group not tied to a qualifying offer and the consequent draft-pick compensation.

“We have multiple teams and multiple offers that have come in, in the last few days,” Boras said of his two stars at the position.

The Cubs are well down the road with Correa, a player they’ve coveted since an eye-popping workout at Wrigley Field before he was drafted No. 1 overall by the Astros in 2012. And they’re talking seriously with Atlanta free agent Dansby Swanson as at least a possible Plan B (while the Ricketts mandate lends credence to reports suggesting they could be in play for both).

“Whether or not we’re going to get one of those shortstops, TBD,” Cubs general manager Carter Hawkins said of that position pool Tuesday night. “But we’re certainly actively involved and we’ll see where everything lands.”

Multiple sources said they expected that to get resolved in a matter of days, or faster, “because,” as one of the sources said, “the shortstop market is hot.”

As for Bogaerts, several other teams appear more serious than the Cubs, whose interest was characterized by a source with knowledge of their dialogue as “kicking the tires.”

“I know we’re in play on a lot of players,” Ross said. “And there’s a lot of great players out there. There’s also a lot of great teams in the mix to try to add players.”

The Cubs have met with “dozens” of players.

But Correa would be the jewel of their winter. The big investment in the big-game performer (18 homers, .849 OPS in 79 postseason games). The investment that brings talent to the roster and credibility to the process.

It was just a few months ago, during the season, that Correa said he talked briefly with the Cubs last winter but “didn’t want to be part of no rebuilding.”

This time around, “there’s not been any reservation on his part about any of the teams that have approached us.”

But there’s been plenty of talk about visions and what comes next for a team with consecutive losing seasons and a lot of holes to fill.

“You just be realistic about where you are. You talk about what the plan is and how you’re going to go about doing it,” Hawkins said. “It would be unrealistic for us to talk about being a 105-win team next year. So we don’t do that.

“But we do talk about the path that we’re on and the improvements that we’re making and how that player’s going to fit into that plan.”

But it can’t be the final word, either.

Because the only way the Cubs keep their 2023 promises and make this work is if they keep banging on that drum. And if the beat goes on.