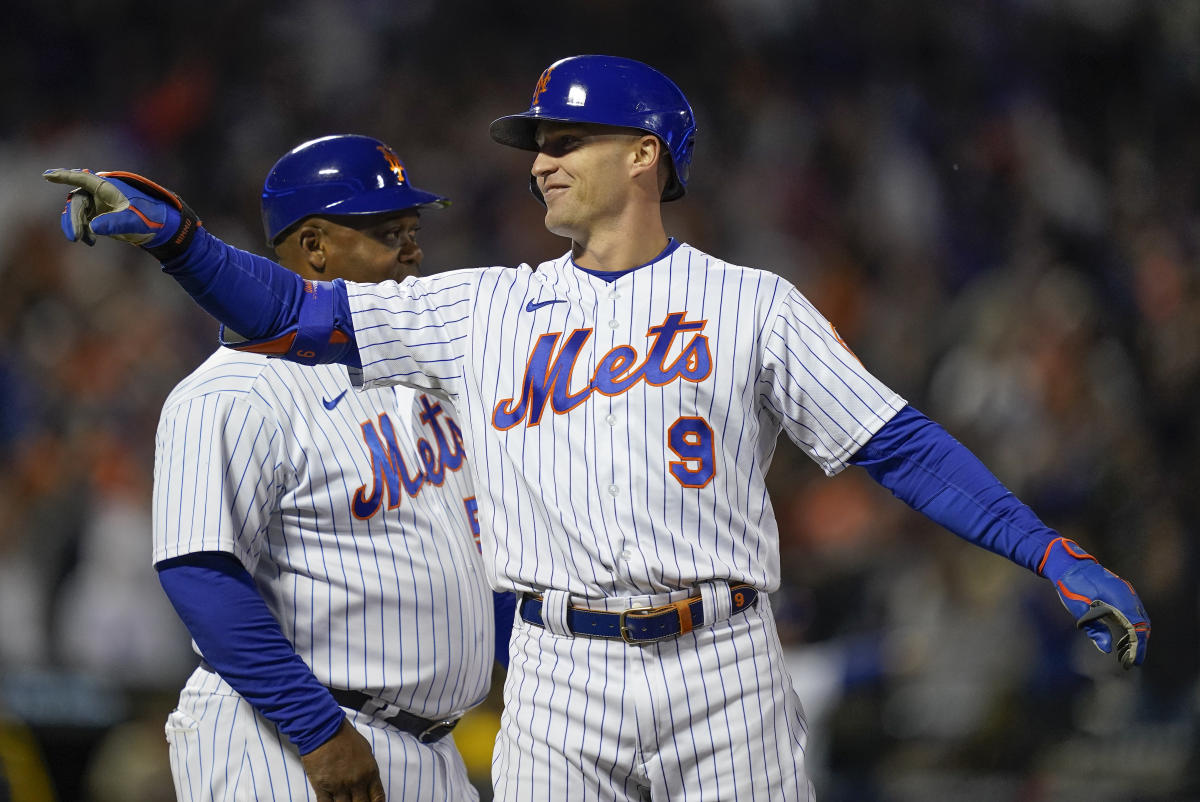 Brandon Nimmo was one of the New York Mets‘ most important players last season, and he’s staying for the long-term.

The outfielder has agreed to an eight-year, $162 million contract to return the Mets, according to ESPN’s Jeff Passan..

The pros of signing Brandon Nimmo

The 13th overall pick in the 2011 MLB Draft, Nimmo made his debut with the Mets as a consensus top-100 prospect in 2016. Injuries delayed his ascent to starter status until 2018, but the result was a very valuable player.

Since that 2018 season, only Mike Trout, Juan Soto, Freddie Freeman, Bryce Harper and Aaron Judge have better cumulative on-base percentages than Nimmo’s .388 mark. He’s a player who knows how to make contact and draw a walk, but he’s also among MLB’s best at drawing hit-by-pitches.

What’s more, his defense in center field hasn’t been too shabby. When you couple that glove at a premium position with one of MLB’s best bats when it comes to getting on base, it’s little wonder Nimmo fetched such a high price.

The cons of signing Brandon Nimmo

You remember how Nimmo needed a while before his first full-time season? Well, health has never been a certainty with him. He has played 100 games in a season only twice in his seven-year career, though that doesn’t include the truncated 2020 season in which he played 55 of 60 games.

Nimmo’s injury history is rather prolific. He has hit the injured list multiple times, with injuries to his neck and fingers, plus a partially collapsed lung in 2017. The good news is he was basically an every-day player all year in 2022, interrupted only by a stint on the COVID-19 list.

A healthy season is encouraging for Nimmo, but he will be 30 by Opening Day next year. It’s not often you see a player shake the often-injured label in his 30s, but he will certainly be paid with that expectation — or hope.

There’s also the fact that Nimmo might be great at getting on base, but his career .173 isolated power puts him squarely in the middle of the pack. We’ll see how that profile ages.