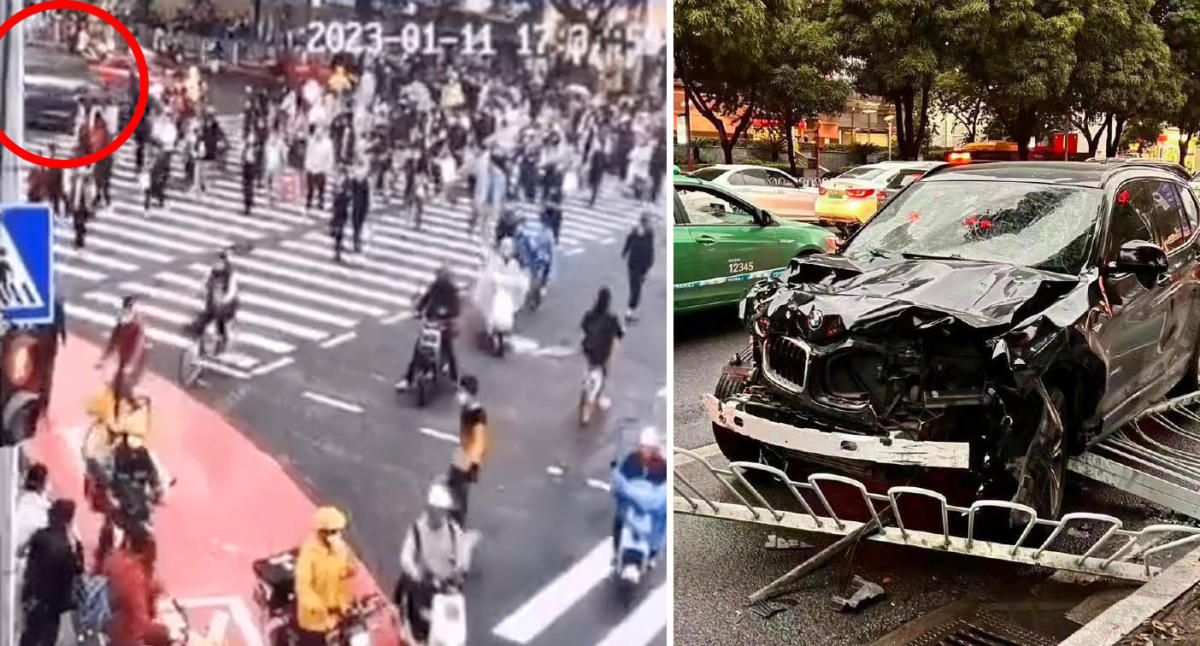 WARNING – DISTURBING CONTENT: Five people have been killed and more than a dozen injured after a 22-year-old man ploughed his car into pedestrians crossing a busy intersection in China’s south.

The disturbing and graphic incident occurred in the mega city of Guangzhou, 160km northwest of Hong Kong, during rush hour on Wednesday, Chinese state media reported.

Video uploaded to Chinese social media site Weibo shows the man exit his badly damaged BMW and begin to throw what appears to be 100 yuan ($20) bills in the air. He is then chased down by a street worker as he attempts to flee, before he is pinned to the ground by bystanders.

Police confirmed they have arrested a 22-year-old male at the scene, identified only by his surname Wen, who lived in a nearby city. Investigations into the incident are ongoing. Authorities said 13 people were injured alongside the five fatalities.

Vision of the crossing before the incident shows scores of pedestrians navigating the junction. The man’s car then ploughs through the crowd, flattening several people and sending dozens fleeing.

A separate unverified video shows the vehicle speeding before striking a woman on a separate crossing, sending her through the air.

People horrified by ‘act of the devil’

Bodies can be seen lying motionless on the crossing in the wake of the incident.

While the man’s motivations are unclear at this stage, speculation was rife online with hashtags related to the incident attracting more than one billion views before Weibo began restricting access to related content.

The man was branded “the devil” by several users, while many speculated he had some sort of vendetta. “The disregard for life is outrageous,” one person wrote.