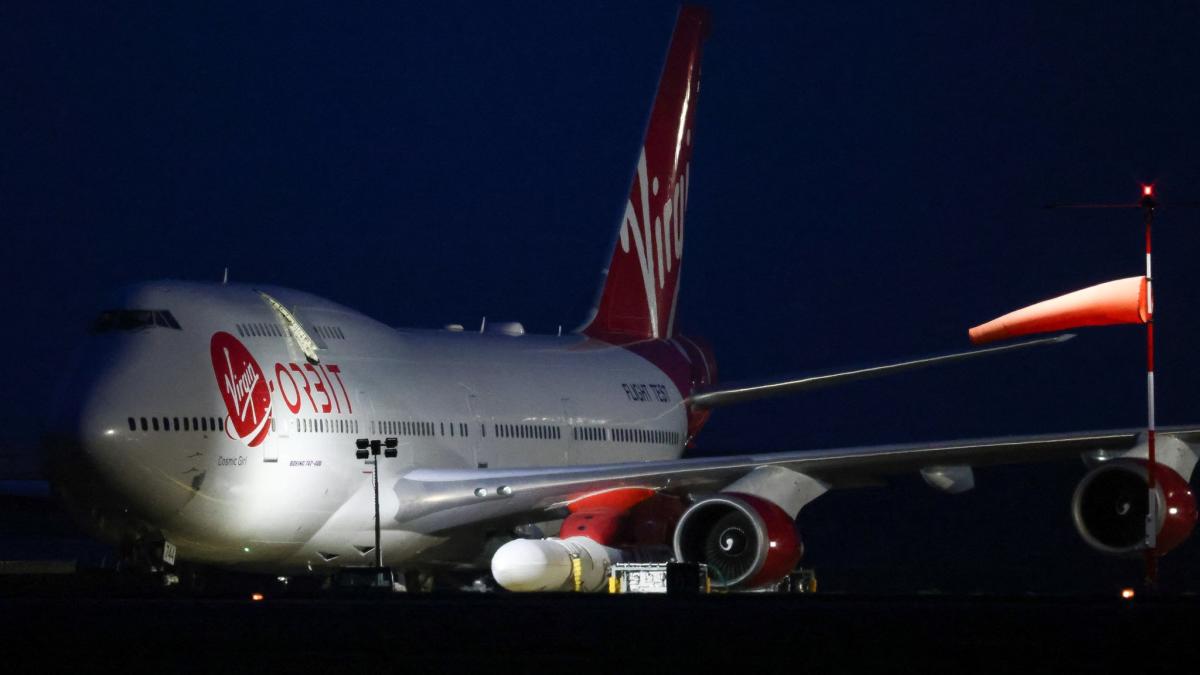 A premature shutdown in the rocket was behind the failure of the first ever satellite mission launched from the UK, Virgin Orbit has said.

A jumbo jet operated by the company carried a rocket out of Newquay, Cornwall, to release it high over the Atlantic Ocean.

After the rocket ignited, organisers soon identified an “anomaly” and said the rocket had failed to orbit.

Rocket parts and the satellites it was carrying fell back to Earth.

Virgin Orbit said initial data indicated the first stage of the rocket performed as expected, that it reached space altitudes, and that stage separation and ignition of the upper stage occurred in line with the mission plan.

Later in the mission, at an altitude of approximately 180km (111 miles), the upper stage experienced an anomaly which “prematurely ended” the first burn.

The company said this event ended the mission, with the rocket components and payload falling back to Earth within the approved safety corridor without ever achieving orbit.

Virgin Orbit said it had launched a formal investigation into the source of the second stage failure.

The company said it hoped to return to Spaceport Cornwall for additional launches as early as later this year.

It added “active discussions” were under way with the government and other commercial partners in the UK on mission planning.

Dan Hart, Virgin Orbit’s chief executive, said it had begun an internal investigation into root causes of the failure.

“We are all disappointed that we were not able to achieve full mission success and provide the launch service that our customers deserve,” he said.

“Upon identifying the anomaly, our team immediately moved into a pre-planned investigation mode.”

Spirits were high as hundreds of members of the public converged on Cornwall Airport Newquay to watch the plane, dubbed Cosmic Girl, take off.

The plane and its crew returned safely to the airport, but the ultimate failure of the mission was a blow.