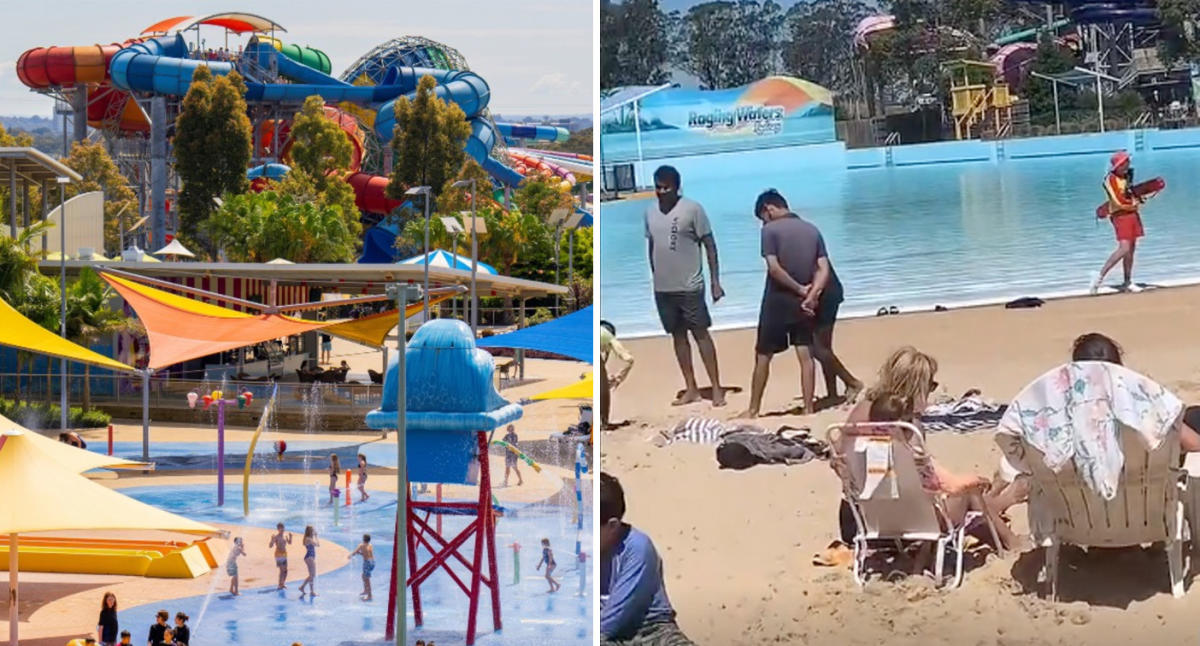 A popular water theme park set the record straight this week after speculation on why their swimming pool was evacuated got out of hand.

Raging Waters, formerly known as Wet’n’Wild, is located in western Sydney and attracts many families and teenagers during the school holidays.

On Monday afternoon many paying customers were asked to promptly evacuate the wave pool, an attraction that simulates large, ocean-like waves, with no clear explanation from the venue.

With many confused by the commotion and sudden closure, patrons began to speculate why their fun came to a sudden halt. Several TikTok videos started to circulate, claiming to suggest the reason was that someone had defecated in the pool.

In one video a lifeguard can be seen standing at the edge of the empty pool while the busy beach is full of idle patrons.

The video racked up thousands of comments, with people expressing their reluctance to visit the park due to incidents like this.

‘Omg I was planning to go there, lucky me’, said one comment.

After lots of speculation online, Raging Waters have now explained why their pool was temporarily closed.

Speaking to Yahoo! News, a spokesperson confirmed the pool was indeed evacuated on Monday, however, it was not for the reason being smeared across social media — although the speculation was not far off.

“A guest was sick whilst in the pool,” the park spokesperson said.

The facilities were closed for 20 minutes to allow staff to sufficiently clean the pool by following procedures “set out in their NSW Health Incident Response plan”.

“This is a very common issue that happens at all pools and water attractions”, assured the spokesperson.

Business resumed as usual after the incident was dealt with.