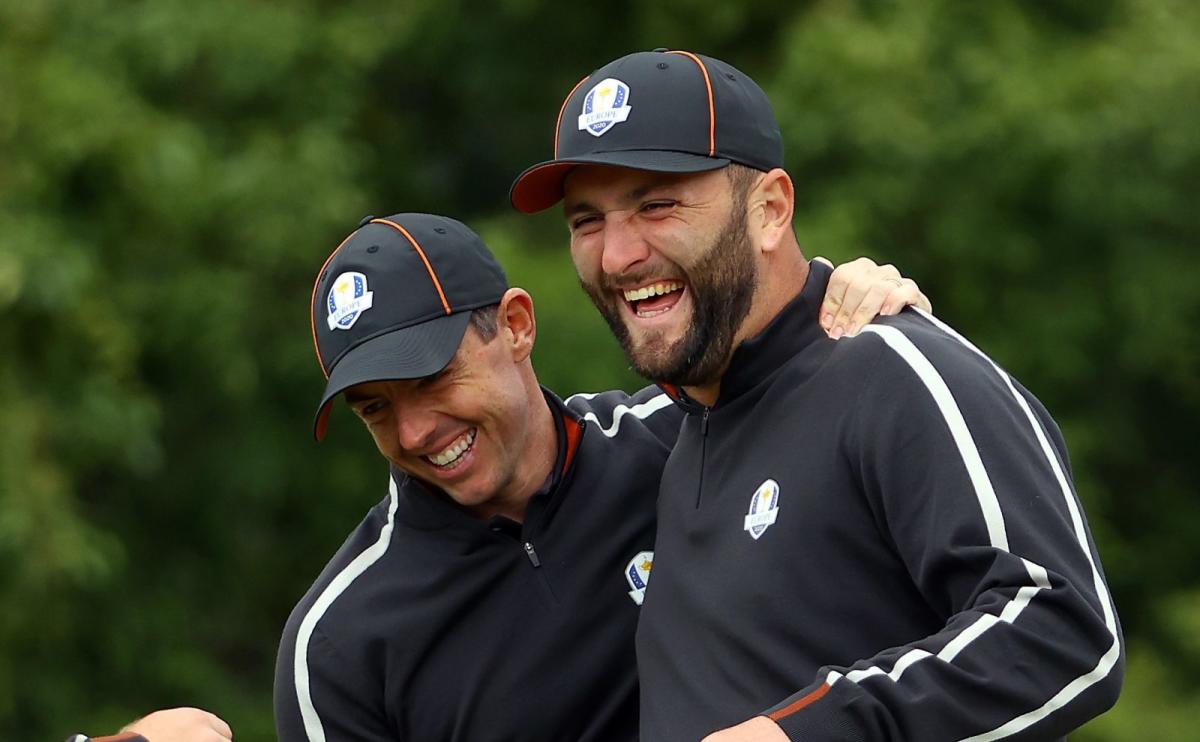 Shane Lowry has warned the United States that Europe have the “best two players in the world” and vowed to ensure that the blue-and-gold team’s chances of continuing their remarkable home Ryder Cup run will not rest simply on the garlanded duo.

Few would argue that Rory McIlroy is at the head of the game; he is the world No 1 and on a long hot streak. Jon Rahm, meanwhile, is only fifth in the rankings, but has won three of his last four official events, including the Tour of Champions in Hawaii on Sunday.

Luke Donald will obviously be pinning a lot of his faith in the Northern Irishman and Spaniard as his side tries to extend America’s losing record on away soil past the 30-year mark. But Lowry is adamant that their team-mates will also have to step up if they are going to win the Cup back following the hammering in Wisconsin in 2021.

“The two best players in the world at the minute are European players… I feel with Jon and Rory,” said Lowry, perhaps raising the eyebrows of Scottie Scheffler, Cam Smith and Patrick Cantlay who are ranked second, third and fourth respectively.

“It’s up to us, the rest of the lads, to get our games to a level where we are good enough to win the Ryder Cup at the end of the year.”

Lowry was speaking at the Hero Cup that begins in Abu Dhabi on Friday. It is billed as the inaugural staging of the match between Great Britain and Ireland against Continental Europe, but is basically the rebirth of the Seve Trophy that ran between 2000 and 2013. That was effectively replaced by the EurAsia Cup – Europe v Asia – but that only lasted three editions (2014, 2016 and 2018) before being scrapped because of lack of funds.

Two years ago, Padraig Harrington became the first captain this century not to have the benefit of a Ryder Cup dress rehearsal and when he was appointed last August, Donald was determined that his wannabes would be granted a warm-up.

The Englishman has chosen Tommy Fleetwood and Francesco Molinari as the respective captains, with 10 players on each side.

Lowry turned down the chance to appear in Hawaii last week – a limited-field PGA Tour tournament in which the last-placed player picked up £170,000 – instead electing to focusing on this showdown at the Abu Dhabi Golf Club.

“Obviously, I want to be a part of Luke’s team in Rome, and I feel like if this gives me any little bit of an edge in Rome, if I’m there, I need to be playing here,” Lowry said.

Lowry partners Fleetwood in the opening match against two other players with Ryder Cup experience in Swede Alex Noren and Belgian Thomas Pieters. Friday’s action comprises five fourballs, with 10 foursomes on Saturday and 10 singles on Sunday. Donald is there to oversee the contest.

“It was extremely important to get an event like this back on the schedule to give us an opportunity to get these guys in a team and see how they perform in matchplay,” Donald said. “And this is a great first stepping stone, building blocks, for hopefully getting a very successful Ryder Cup in Rome.”

There are no LIV players in the teams including Adrian Otaegui, the Spaniard who is currently in the top six in the points standings who will automatically qualify for the biennial dust-up at Marco Simone Golf & Country Club.