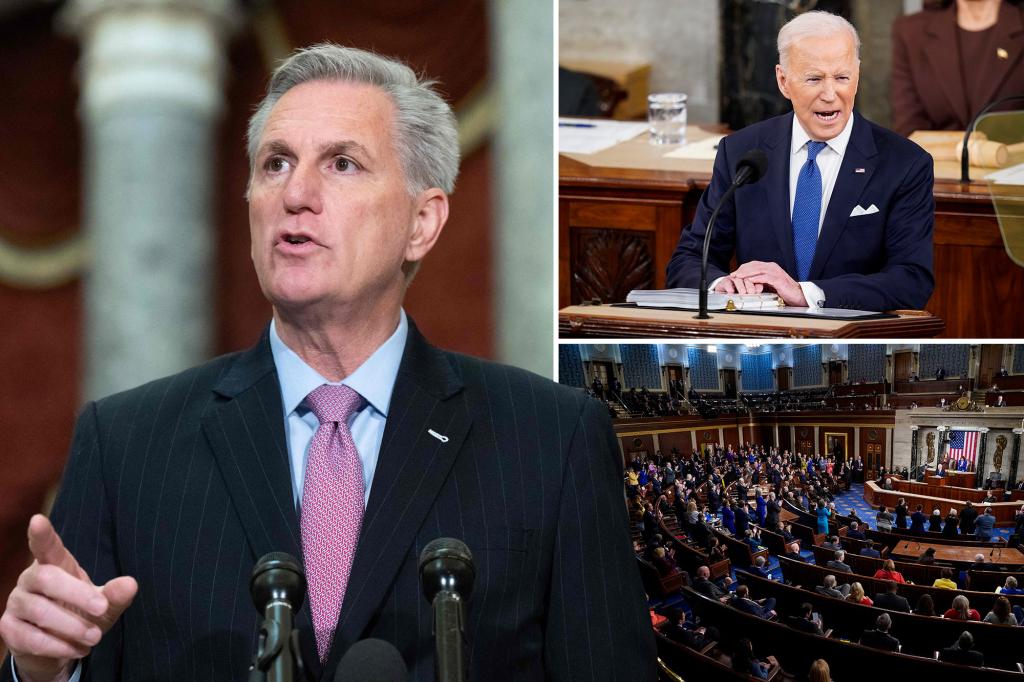 WASHINGTON – President Biden will give his second State of the Union address next month in what is expected to be the first such speech delivered before a full-capacity chamber since the onset of the COVID-19 pandemic in early 2020.

“He [Biden] looks forward to speaking with Republicans, Democrats, and the country about how we can work together to continue building an economy that works from the bottom up and the middle out, keep boosting our competitiveness in the world, keep the American people safe, and bring the country together,” she said.

In his invitation to the president, McCarthy (R-Calif.), referenced the 2022 midterms, which saw Republicans take back control of the House after four years out of the majority.

“The American people sent us to Washington to deliver a new direction for the country, to find common ground and to debate their priorities,” he wrote, later adding: “Your remarks will inform our efforts to address the priorities of the American people.”

Biden’s first State of the Union was held under House COVID mitigation rules put in place by former Speaker Nancy Pelosi (D-Calif.). All 535 members of Congress were allowed to attend, but they could not bring guests and were required to wear masks. In deference to the chamber’s social distancing requirements, lawmakers were given seats that were scattered across the House floor and in the viewing galleries — leaving the space half-full.

In April 2021, Biden delivered his first address to Congress before a House chamber where the capacity had been capped at 200, rather than the usual 1,100 who would have been packed into the space for a presidential speech.