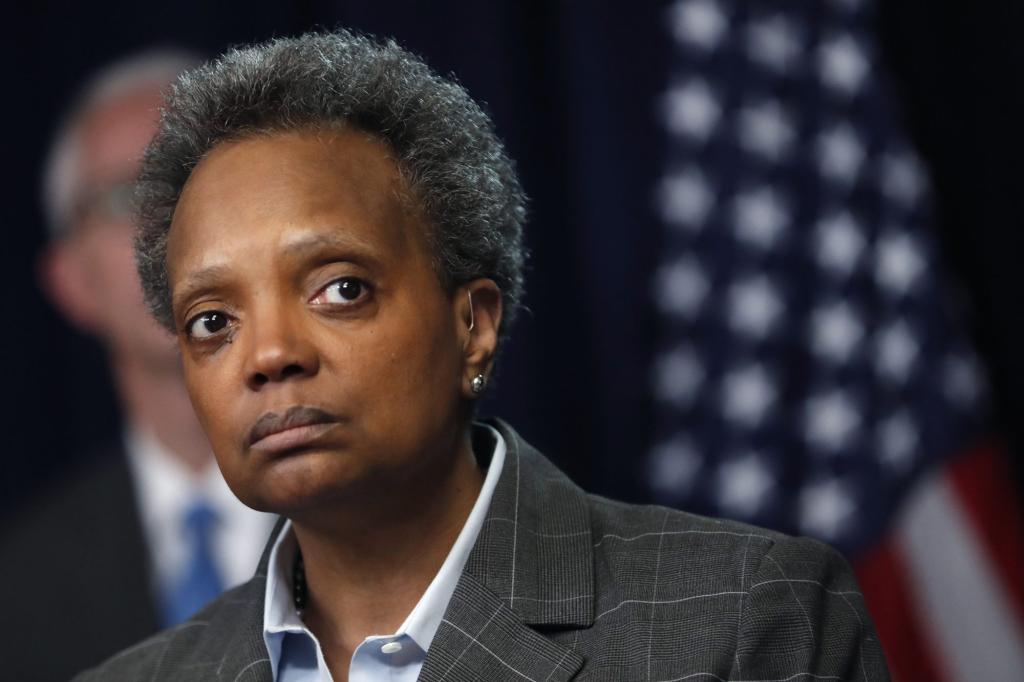 Chicago Mayor Lori Lightfoot on Thursday blamed a staffer working on her reelection campaign for sending out the widely condemned email asking teachers to incentivize students to volunteer for her with class credit, calling it a “mistake” after an investigation was launched into the matter.

The “Windy City” mayor on Thursday denounced the recruiting initiative, placing the blame on her campaign staffer for sending the email to the official work inboxes of several Chicago Public Schools teachers a day earlier. According to WTTW News, the email reportedly sent by Lightfoot’s deputy campaign manager Megan Crane, encouraged teachers to offer students “credit” for volunteering through the campaign’s “externship program.”

“There was absolutely no nefarious intent on the part of the staff person and there simply was no coercion, I’ve seen that question bubble up. There was no coercion, no intent to do that by any means by this young woman and no city resources were used,” Lightfoot said in a press conference Thursday.

Lightfoot said she was unaware of the email until earlier Thursday when she was asked about it by a reporter.

“I’ll repeat again, the outreach to the CPS teachers via their emails was a mistake, should not have happened, and is not going to happen again,” she reiterated.

Lightfoot made the comment after the inspector general for the Chicago Public Schools reportedly launched an investigation to determine whether the campaign violated any district policies by soliciting volunteers for political campaigning using official email addresses made available to Lightfoot in her position as mayor.

The email reportedly said the campaign was looking to recruit “enthusiastic, curious and hard-working young people to help her win this spring. Students also had to have contributed 12 hours per week to the Lightfoot campaign to qualify for “class credit,” WTTW first reported.

The Chicago Teachers Union reportedly slammed the move as a “shake down,” and said it was “unethical and wrong on so many levels.”

Lightfoot’s mayoral challengers also denounced the email, FOX 32 CHICAGO reported, before her campaign reportedly rescinded the offer and said it would “cease contact” with CPS employees “out of an abundance of caution.”

“All [Lightfoot campaign] staff have been reminded about the solid wall that must exist between campaign and official activities and that contacts with any city of Chicago or other sister agency employees, including CPS employees, even through publicly available sources, is off limits. Period,” the campaign told the outlet.

“The Lightfoot campaign’s email to Chicago Public School teachers urging them to offer extra credit to students as an incentive to volunteer on the Mayor’s re-election campaign is inappropriately coercive and raises First Amendment concerns,” the nonprofit organization said in a statement. “The Supreme Court has made clear that government officials cannot use their office or power to coerce participation or to punish for lack of participation in political campaigns.”

The embattled mayor faces nine candidates vying to unseat her next month as she eyes a second term. Election Day is scheduled for Feb. 28.