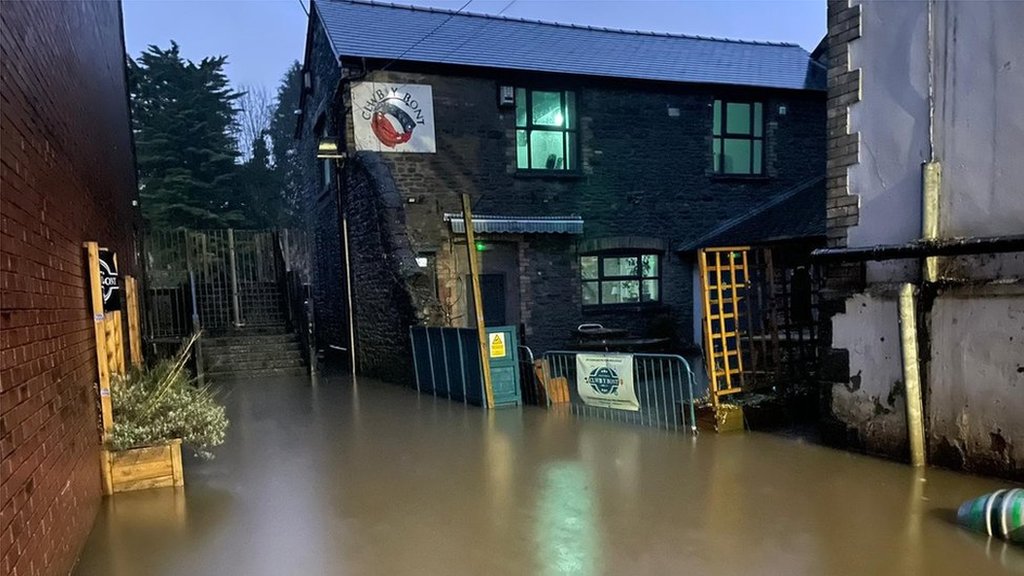 Clear up up efforts are under way after heavy rain left homes flooded, roads blocked and caused travel disruption.

The worst affected areas were Bridgend, Vale of Glamorgan, parts of Cardiff and Rhondda Cynon Taf, where people evacuated from their homes.

Roads remain blocked in parts of Monmouthshire and Powys and no trains are running between Shrewsbury and Welshpool.

Natural Resource for Wales has 10 flood warnings in place.

In Monmouthshire the road is closed in both directions along the A4042, from Llanellen towards Llanfoist.

Llanllowell Lane is also closed in both directions between Usk Prison and Llanllowell.

The A483 is closed in both directions at Garthmyl between Welshpool and Newtown, Powys.

Transport for Wales has said it will run a replacement road transport shuttle between Shrewsbury and Welshpool in both directions, but may be delayed due to road conditions.

The family-run business was badly hit by an electrical storm in November, and lost internet and phone lines for two months.

Speaking to BBC Radio Wales Breakfast, manager and pro Aled Griffiths said: “We’ve been here nine years and the fields flooded once or twice but it’s never been that high.

“It was nearly coming into the shop and if we had more rain yesterday lunchtime I think we’d have been underwater.

“We’re just grateful for everyone’s comments and help really because it’s been a tough three months and with what’s round the corner with the recession it’s not going to get any easier.”