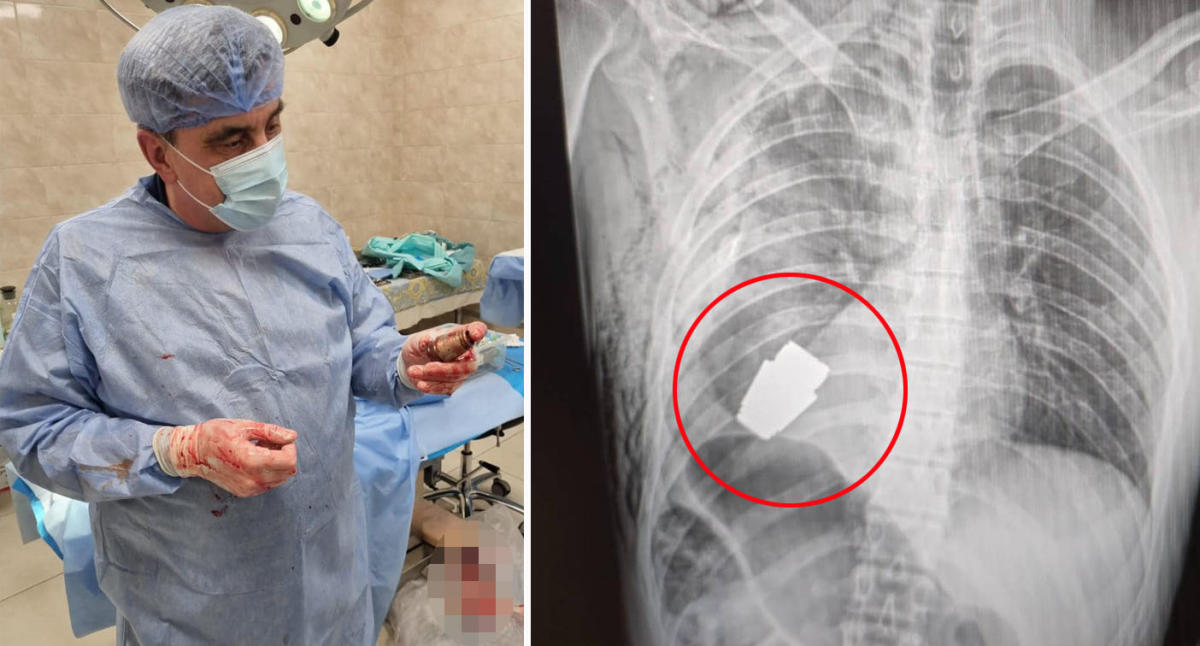 A Ukrainian surgeon has successfully removed a grenade from a soldier’s chest after it became lodged near his heart, Kyiv officials have said.

Incredible photos shared online by military officials show what’s believed to be a VOG grenade appearing on an X-ray inside the Ukrainian soldier’s body. Another shows the surgeon holding the destructive device after surgery was performed.

The weapon is said to have been intact but “could have detonated at any moment” Hanna Maliar, Ukraine’s deputy minister of defence, shared online on Tuesday. The operation is said to have been performed by Major General Andrew Willow, “one of the most experienced surgeons of the Armed Forces of Ukraine”, Ms Maliar said.

The operation was carried out safely without electrocoagulation — a common method to control bleeding during surgery — in fear of detonating the grenade. Two sappers — soldiers who perform military engineering duties — were also in the operating theatre to ensure the safety of medical staff, Ms Maliar said.

Anton Gerashchenko, Ukraine’s internal affairs ministerial adviser, said the team of sappers neutralised the munition, The Guardian reported. The grenade remained explosive even after being removed, Mr Gerashchenko reportedly said in a Telegram update on Thursday.

“The surgical intervention was successful and the injured serviceman was sent to further rehabilitation and recovery,” Ms Maliar said. The sappers reportedly described the procedure as one that would “go down in medical textbooks”.

It’s not known where the serviceman was wounded, or where or when the surgery took place, but fighting has been ongoing throughout eastern Ukraine. The patient is believed to be about 28 years old, according to officials.

Russia first invaded Ukraine almost one year ago. The total number of casualties has been difficult to determine, however, in Novemeber US chairman of the Joint Chiefs of Staff, Mark Milley, estimated each side’s battle casualties were north of 100,000, New York Daily News reported.