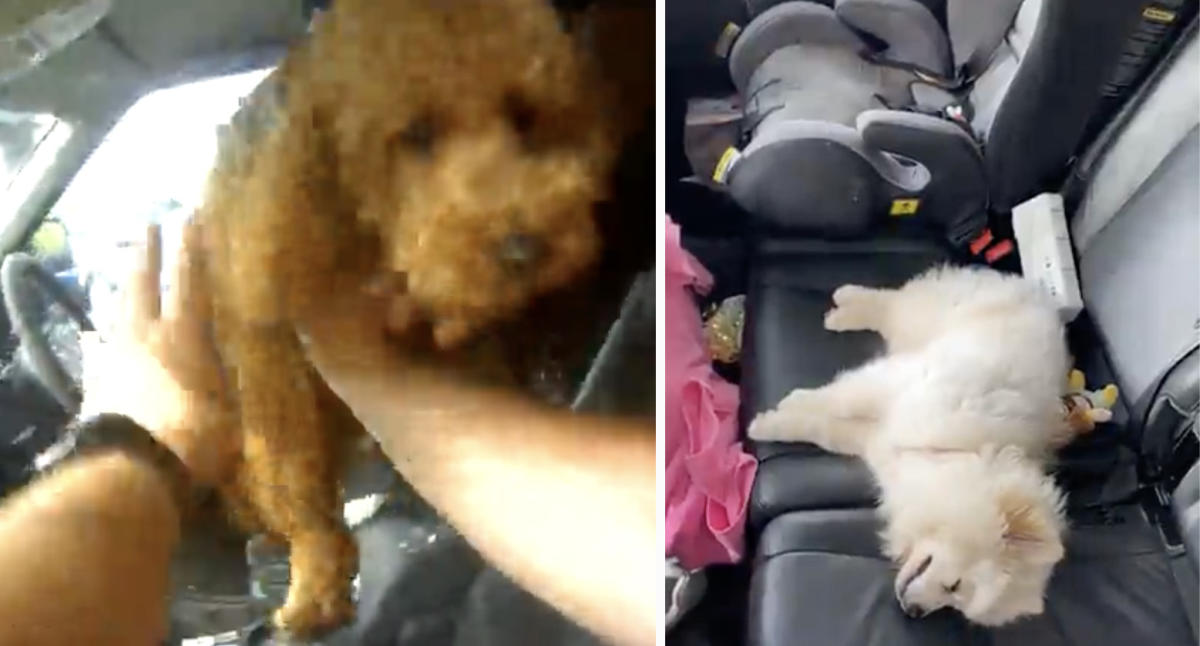 The RSPCA says two dogs are “very lucky” to be alive after they were left in a vehicle where temperatures rose to “oven-like” conditions.

The alarming discovery was made outside Wet ‘n Wild on the Gold Coast on Wednesday afternoon.

Security at the theme park contacted the RSPCA and an inspector was sent out to investigate. Police were then called to smash through the 4WD’s window in a bid to rescue the dogs.

Records show that the pair had been trapped inside the vehicle since that morning before they were freed at 3pm. During the day, temperatures rose to 28 degrees outside.

“These dogs were very lucky to survive,” Inspector Ben Newman said. “The car was like an oven. If not found in time they wouldn’t be alive.”

“We’re incredibly thankful to the members of the public for reporting these cases to us so we can help the dogs in time.”

While the rescue operation was underway, police received another report of a dog being left in a car at Sea World.

The RSPCA is reminding people not to leave their pets in unattended vehicles, risking their lives, saying six minutes is all it takes for a dog to overheat in a hot car.

“RSPCA hopes with more awareness people will realise the deadly risk pets face when left in vehicles and for people to leave their pets at home when heading to theme parks and shopping centres these school holidays,” it said in a statement.

Signs of heat stress in dogs include the animal becoming weak, the colour of their gums changing, and the dog beginning to stagger. They may also vomit, suffer diarrhoea, experience seizures or lose consciousness.