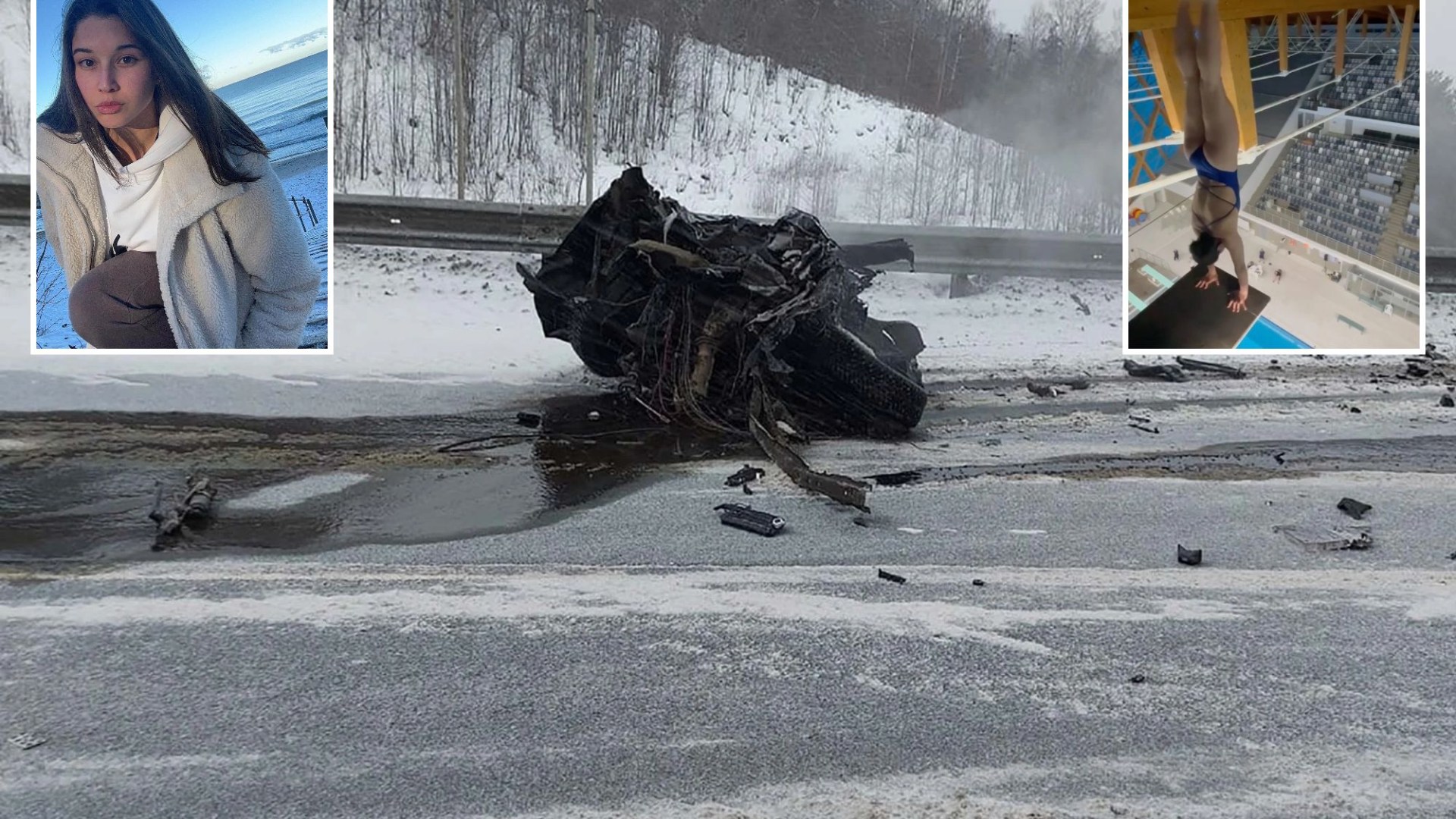 A HIGH diving champion has been killed in a horror car crash alongside the driver of the vehicle.

The wreckage of the car 23-year-old Russian Leyla Saliamova was travelling in was strewn on the road after it hit another vehicle in the snow.

She was killed instantly after the accident in the country’s northern Karelia region.

Tributes have been paid to the “fearless” diver who was the high diving champion of Russia.

Saliamova became the first Russian to qualify for the World High Diving Championships in 2021.

But she quit the national diving team when she realised she would not win at the Olympics and switched to cliff diving.

Last year she became the first Russian woman to receive a wildcard to the Red Bull Cliff Diving World Series.

Dramatic video shows her diving off a platform into a river in Mostar, in Bosnia and Herzegovina.

She recently spoke about her struggle to break into extreme sport high diving.

“Igor Semashko, my coach, gave me a second sports life. No-one believed me except the coach,” she said.

Saliamova also had a passion for writing poetry and played basketball and snowboarded.

News of her death was announced by President of the Russian Diving Federation Stanislav Druzhinin.

“This is shocking news for us,” he told the TASS news agency.

“She is 23 years old, and I can’t imagine what horror her parents and relatives are now experiencing. I express my condolences to all of them.”

The Ministry of Sports of the Republic of Tatarstan paid tribute to her, describing her as “fearless”.

According to reports, Saliamova was in a Mitsubishi Lancer when it collided with a Volkswagen Tiguan at around 1.30pm on Thursday.