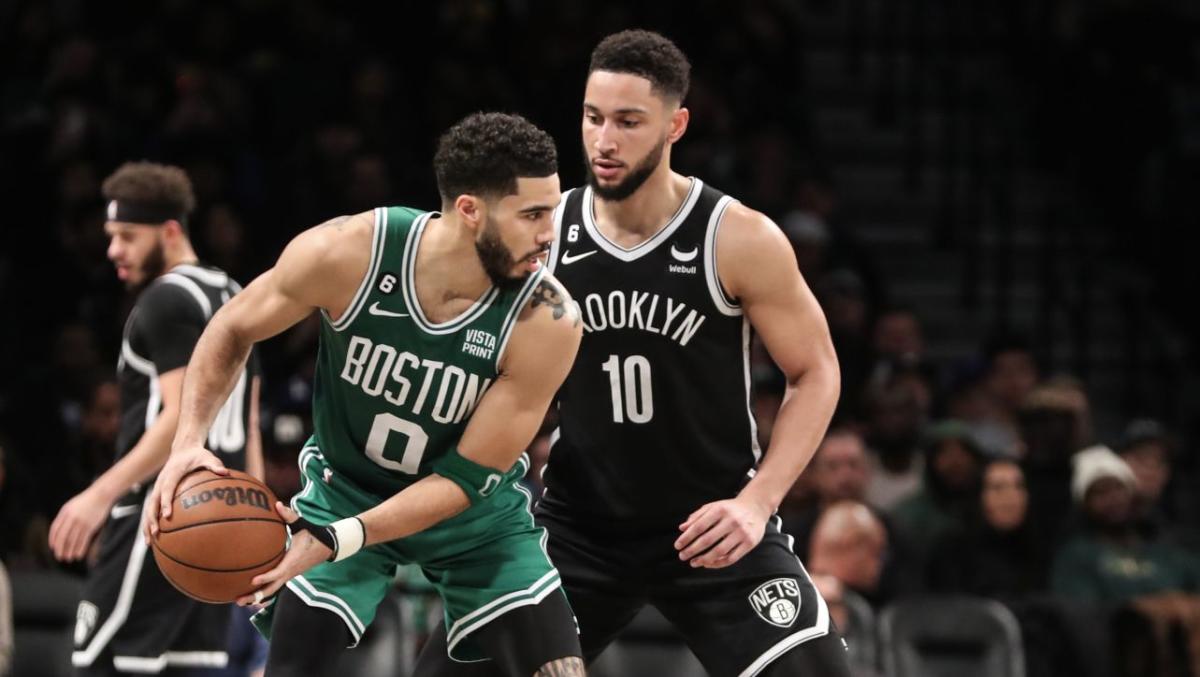 The Brooklyn Nets were without their best player and leading scorer in Kevin Durant during Thursday night’s showdown with the first-place Boston Celtics at Barclays Center.

It was an opportunity for Nets point guard Ben Simmons to step up and provide some valuable scoring alongside star guard Kyrie Irving.

Instead of rising to the occasion, Simmons scored zero points as the Nets lost 109-98.

He only attempted three shots and didn’t get to the free throw line once. He did, however, contribute in other areas. Simmons finished with 13 assists, nine rebounds, two steals and one block. Those are solid numbers, but with the Nets in dire need of a scoring punch with Durant sidelined due to injury, Simmons’ performance just wasn’t good enough.

“When you’re touted as a great player, you have to do it all. Yes, he had the assists and rebounds, but you have the ability to score. We need you to be aggressive,” Shaquille O’Neal said on TNT’s “Inside the NBA” postgame show.

Charles Barkley had a similar take on Simmons’ outing versus the Celtics.

“His numbers should go up without Kevin Durant,” Charles Barkley said. “He’s the second-best player on the team, he can’t not score. That’s hard to do, Ernie.”

Simmons is averaging 7.5 points per game, which is half his career average of 15.1 points per game. The 24-year-old veteran is a great passer and a tremendous perimeter defender. He also rebounds better than most guards. But he can’t be a complete non-factor offensively. He’s way too talented to play 26 minutes and score zero points on three shot attempts.

The Nets have been one of the hottest teams in the league over the last couple weeks with an 8-2 record in their last 10 games. But now that Durant is expected to be out two to four weeks with an MCL sprain, the Nets need Simmons to make a much larger impact offensively for them to keep winning at a consistent rate.