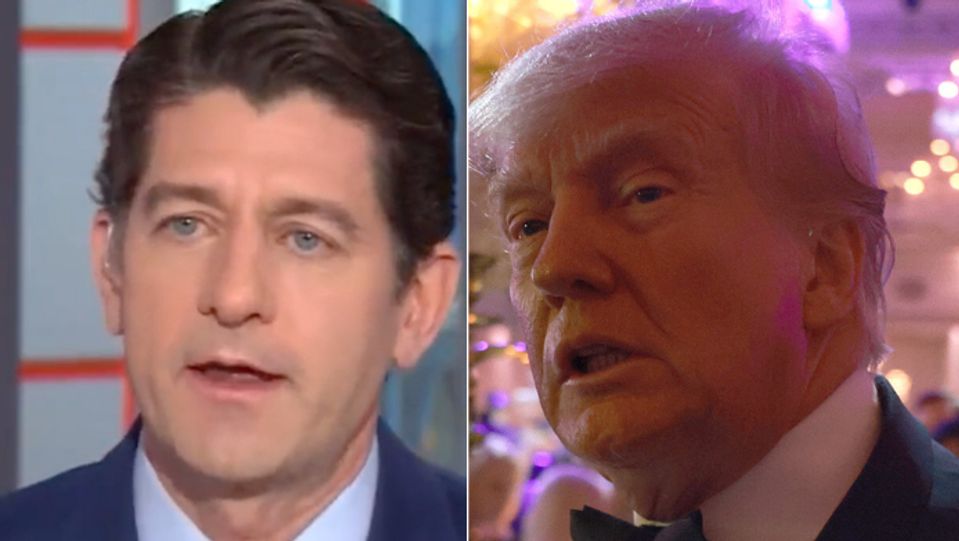 Ryan said he believes Republicans are “moving past” the former president, who has already announced his 2024 candidacy to return to the White House.

“I can’t imagine him getting the nomination, frankly,” Ryan said:

Trump’s political demise has been predicted repeatedly since he first threw his hat into the presidential ring in 2015. However, he remains popular with his party’s base ― and though recent polls show that’s slipping, he’s still considered the favorite for the 2024 nomination.

A CBS News poll released earlier this week found that two-thirds of GOP voters believe loyalty to Trump is either “very” or “somewhat” important.

Ryan was House speaker for the first half of Trump’s term, and the two often clashed. Since leaving office in 2019, he has spoken out against Trump and last year said “anybody not named Trump” is more likely to win the White House for the GOP in 2024.

He currently sits on the board of directors of the Fox Corp., the parent company of Fox News.