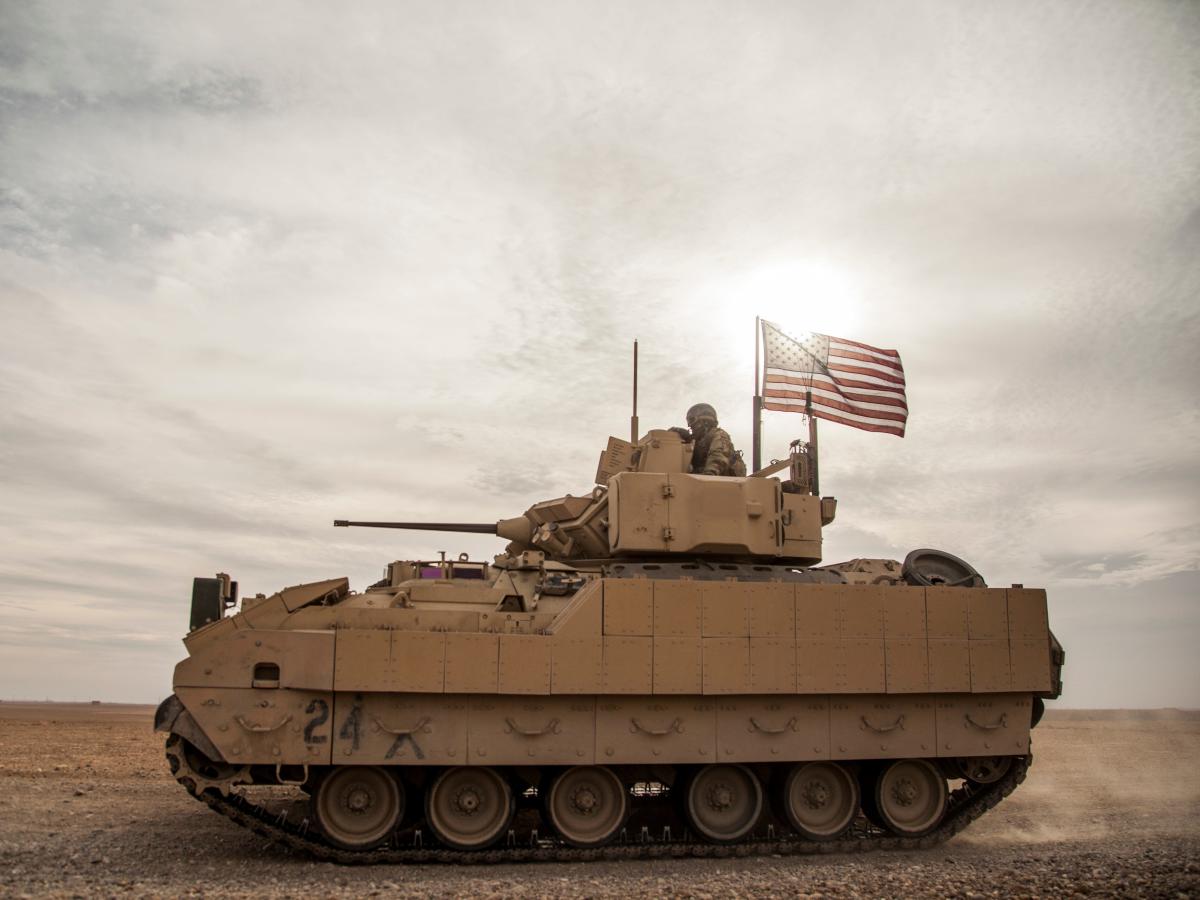 A video that has recently surfaced online shows a Russian defense official claiming Moscow eliminated four US-made armored vehicles in Ukraine. The problem is that the US only offered the vehicles to Kyiv last week, and they haven’t even arrived yet.

The video, which began making the rounds on social media this week, shows Russian Defense Ministry Igor Konashenkov claim that Ukraine at one point lost 17 infantry fighting vehicles — including four Bradleys “made in the USA” — on the battlefield.

The months-old video is from a Russian defense ministry briefing in early September, but it has since resurfaced given that the White House announced last week that it intends to send Bradley infantry fighting vehicles to Ukraine.

Konashenkov’s false claims also appear in a September 4, 2022 report that was published to the Russian defense ministry’s official Telegram page.

At that point in time — early September — Ukraine was pressing forward with a lightning-fast counteroffensive in the country’s northeastern Kharkiv region, which saw the country liberate thousands of square miles of territory from under Russian occupation.

There had been no mention of a forthcoming transfer of Bradleys from the US to Ukraine at that time.

The US only announced last week that it would send Bradleys to Kyiv, along with NATO allies Germany and France, which are expected to deliver Marder infantry fighting vehicles and AMX-10 RC armored fighting vehicles. These weapons, long sought-after by Ukraine, are expected to give the country a significant ground combat mobility and firepower boost.

But the Bradleys won’t arrive in Ukraine for a while, Pentagon Press Secretary Air Force Brig. Gen. Pat Ryder told reporters at a Thursday briefing.

While he could not provide a specific date, he said “those vehicles will go to Germany first so that the Ukrainians can train on them as part of the combined arms and Joint Maneuver Training that we’re conducting,” adding that this will happen in “weeks, not months.”

Moscow’s claims in September are part of a repeated pattern of fabricating kills and victories throughout the war in Ukraine which, nearly 11 months in, has not gone the way that Russian President Vladimir Putin has planned.

For example, as recently as this week Russia claimed that its forces killed hundreds of Ukrainian troops in a strike carried out in revenge for a deadly attack that Ukraine executed during the New Year holiday using US-provided High Mobility Artillery Rocket System (HIMARS). However, journalists and local officials who visited the site of the Russian strike said there was no evidence of a single casualty.

Russia has also claimed to have knocked out numerous HIMARS, but so far there hasn’t been any evidence to back up any of those claims either.