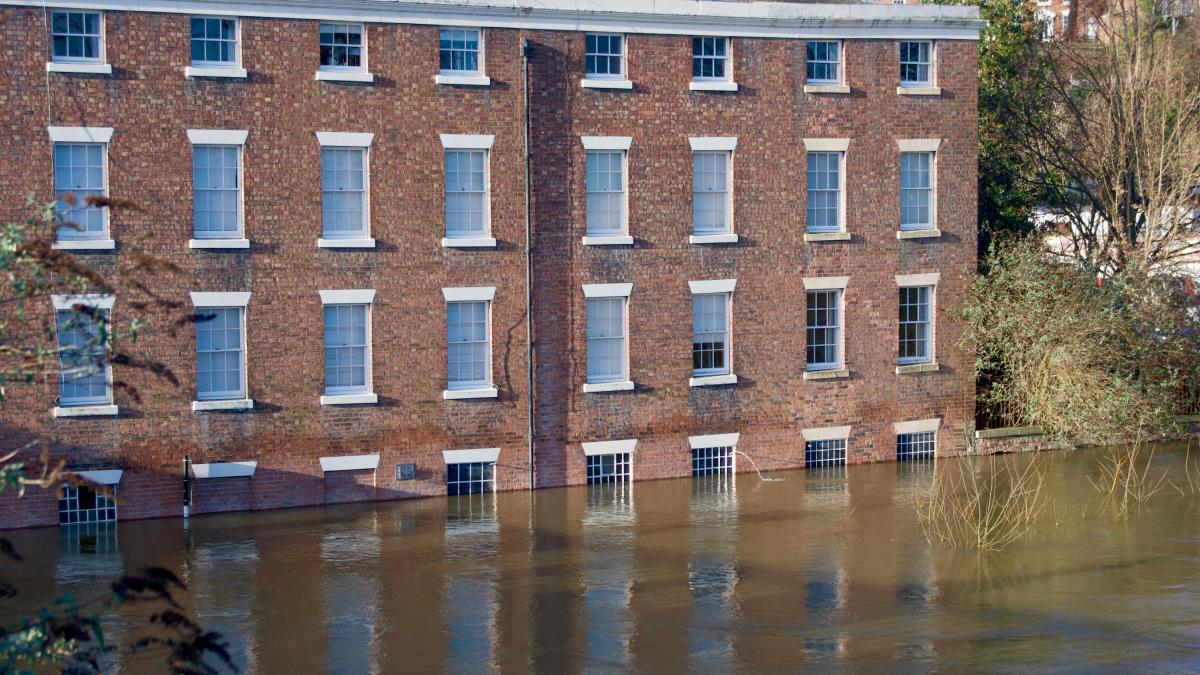 Residents who live on the water’s edge in Shrewsbury have grown accustomed down the years to dealing with the very worst that the River Severn can throw at them.

So a very close eye is being kept on levels.

Some roads and car parks have been left submerged while footbridges are blocked.

Walking around the town on Friday, traffic congestion seemed to be a more pressing concern with vehicles backing up into the town centre from the Welsh Bridge area.

For many people, the fast-flowing river, the longest in the UK, provided dramatic photo opportunities from the six road bridges in the town centre.

Staff from the Environment Agency have an emergency base close to Frankwell car park, and flood barriers have been set up there and at Coleham.

Further downstream at Ironbridge, more temporary barriers are ready to hold back the Severn at The Wharfage.

Rail lines between Shrewsbury and Welshpool reopened on Friday afternoon, although there are still warnings of disruption.

In all, there are more than 30 flood warnings covering the West Midlands, including five in Shrewsbury and the surrounding area.

Levels are expected to peak at 4.57m at the Welsh Bridge on Friday night, still some way short of the 5.25m record set in November 2000.

However, more heavy rain is forecast upstream on Saturday.