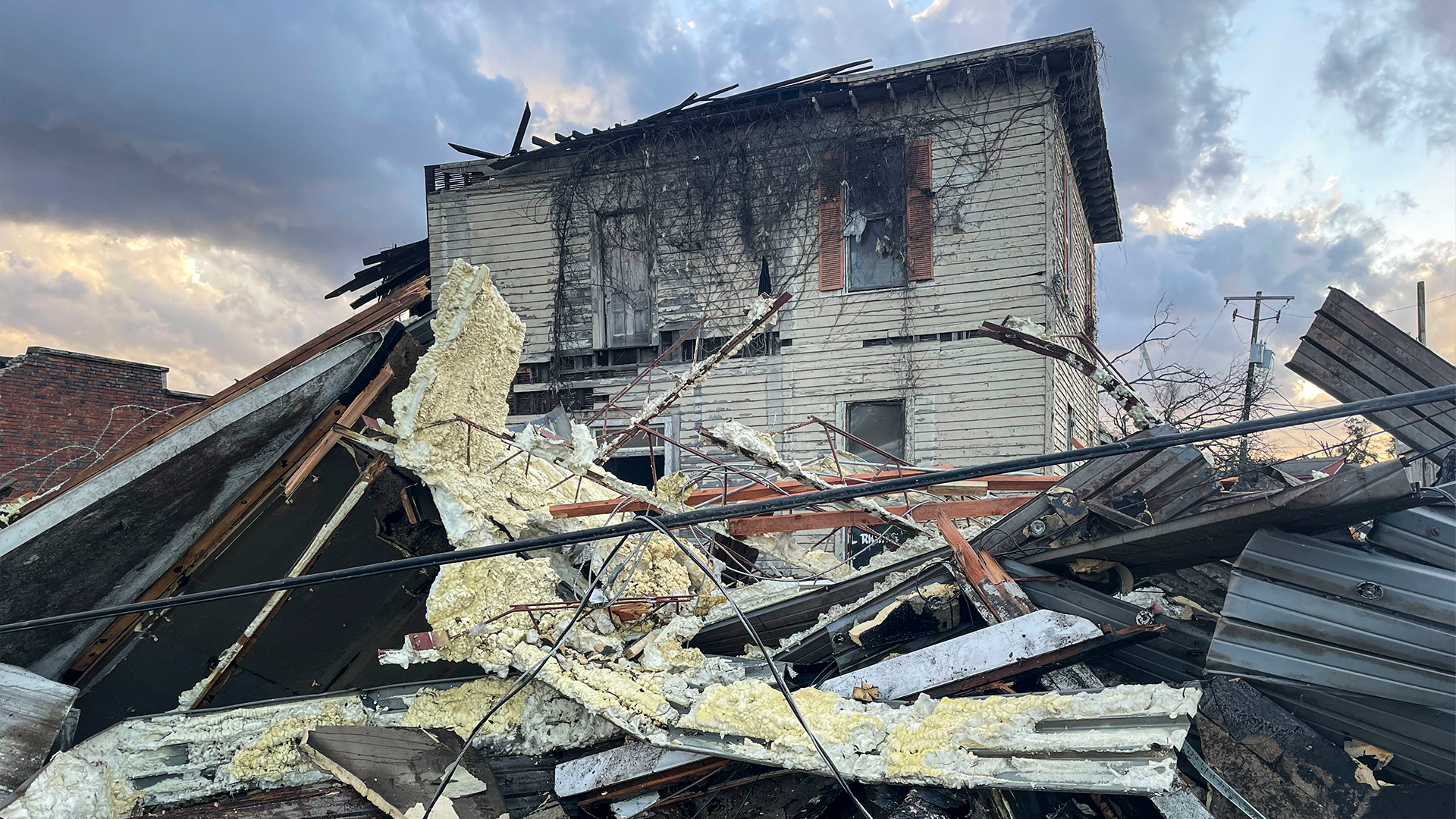 SIX people are dead after a catastrophic tornado hit on Thursday, damaging mobile homes and sending threes crashing to the ground.

The deaths were confirmed by Autauga County Sheriff David Hill in Alabama.

It is possible that more fatalities may happen, said Hill.

A mobile home was split in half by the tornado when a tree fell on it.

A gas station was also damaged with debris and downed trees lined the streets.

Photos on social media showed the severity of the storm, including another mobile home that was flipped upside down.

Thousands of residents in the county were without power as of 3.40pm, according to the Central Alabama Electric Cooperative’s outage map.

The National Weather Service in Birmingham tweeted that they were getting “numerous reports of damage in Autauga. Please avoid the area to let emergency personnel respond. We will update when we can.”