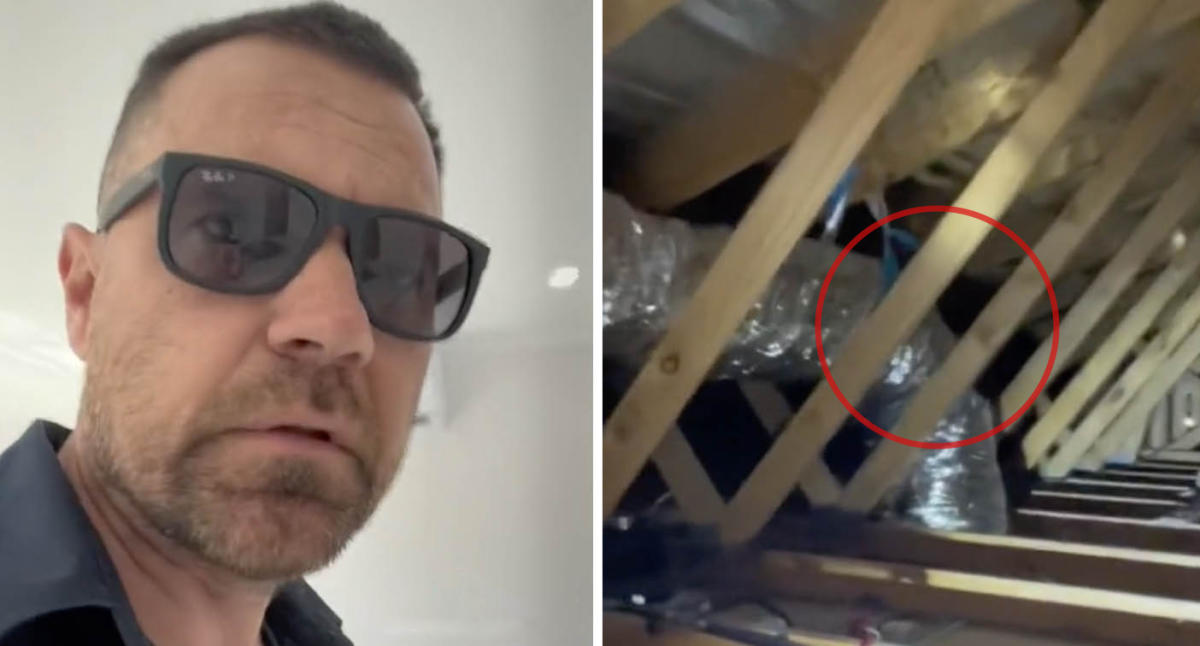 A building inspector has saved his client thousands of dollars after spotting a “basic” blunder in a Melbourne home.

The Jim’s Building Inspections’ employee was at the property in Clyde North, when he spotted the issue which would’ve been “nightmare fuel for energy bills”.

“We’re at Clyde North doing a pre-purchase on a brand new build,” he said on TikTok. “My client is purchasing it from the agent and there are a couple of defects that should’ve been rectified before it’s even handed over.”

He then climbs up into the roof cavity to show that there is no insulation. “Insulation acts as a barrier to heat flow and is essential for keeping your home warm in winter and cool in summer,” he said in his TikTok caption.

“We’re all probably spending a minimum of half a million dollars (on homes) and this is your basic stuff that should be done. Remember to get an inspection before making the biggest purchase of your life.”

The video received more than 132,000 views, with many shocked that no insulation was installed.

“Unbelievable… how does it pass certification with no insulation?” one person said on TikTok. “Simply flabbergasted,” another said.

Some also shared their own experiences. “This happened to my parents when they built a new one, they paid for insulation and the builders didn’t do it,” one said. “They then had to do it after we moved in.”

“I worked for a commercial builder that would avoid insulating anything (3/4 of the walls were tilt slab), and they’d install the aircons after inspection to save $2000 on each unit.”

“Unfortunately as soon as I read “no insulation” I knew we were in Australia,” a third person said.

Founder of DDP property Zaki Ameer said one of the reasons homes are not up to standard is because of time constraints.

“These days things are built fast with a cheaper quality like most products,” Mr Ameer previously told Yahoo News Australia. “An apartment may look beautiful on the outside but the way it’s being built is concerning.”

When asked why he thinks buildings are being constructed faster, Mr Ameer said it’s because of the “nature of modern life at the moment”, which creates a “roll-on effect”.

“If the board of directors or whoever is running the company wants to complete the product and make property sales very quickly, well then there will be pressure going down even to the plumber,” he said.

“I don’t think we can just point it to the builder, they have a part to play but there’s also pressures coming from elsewhere.”