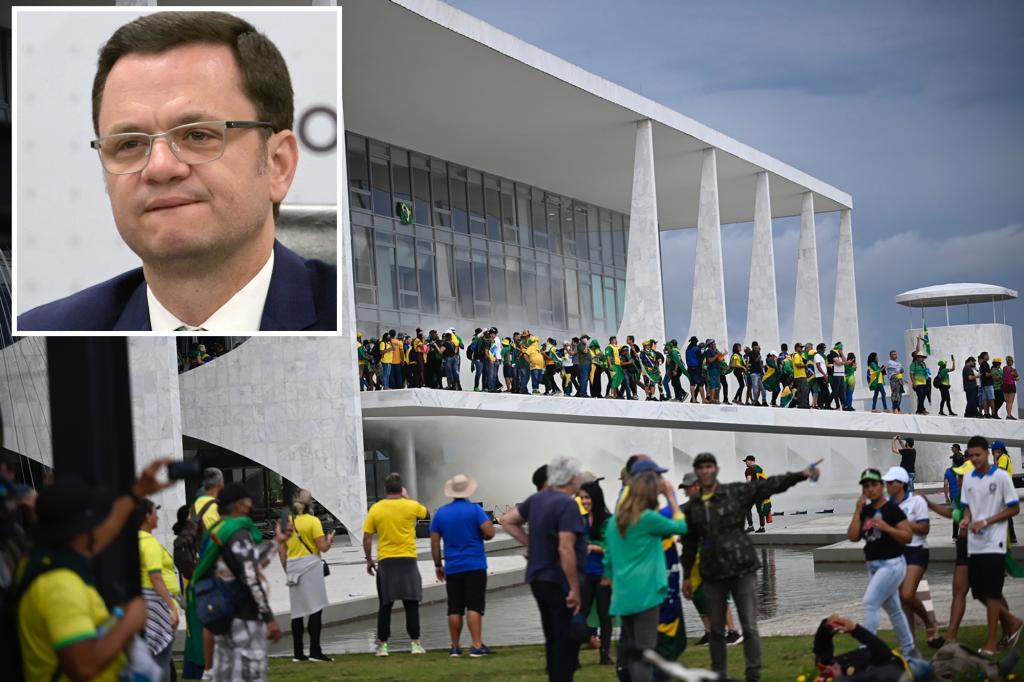 Brazil’s federal police arrested the country’s former head of public security Saturday on accusations that he colluded with rioters that stormed the presidential palace, Supreme Court, and Congress on Jan. 8.

Anderson Torres, who was in charge of security for the capital city at the time of the riots, was taken into custody at the Brasilia Airport, according to a statement by Brazil’s federal police.

The police nabbed Torres after Brazil’s Supreme Court issued a warrant for his arrest last week, accusing him of failing to act in his role as security chief.

“Omission was amply proven by the predictability of the conduct of criminal groups and the lack of security that enabled the invasion of public buildings,” Supreme Court Judge Alexandre de Moraes said, according to BBC.

Brazil’s President Luiz Inacio Lula da Silva said those responsible for guarding the presidential palace were complicit in allowing rioters to enter government buildings, but Torres, who was the security chief for former President Jair Bolsonaro, has insisted that he is innocent.

Torres was fired from his job shortly after the riot by Federal District Governor Ibaneis Rocha.

Police also reportedly found a document in Torres’ home that they linked to an attempt to overturn October’s election results, but Torres said that the document was taken out of context.

Torres had been in vacation in Florida before his arrest, but he returned after current justice minister Flavio Dino said authorities would give Torres until Monday to come back to Brazil or face extradition.

The arrest came a day after the Supreme Court agreed to include Bolsonaro in its investigation of the riots.

Prosecutors said Bolsonaro may have incited the riots by refusing the concede defeat after the election and openly questioned the legitimacy of the elections.

“Public figures who continue to cowardly conspire against democracy… will be held accountable,” de Moraes said.