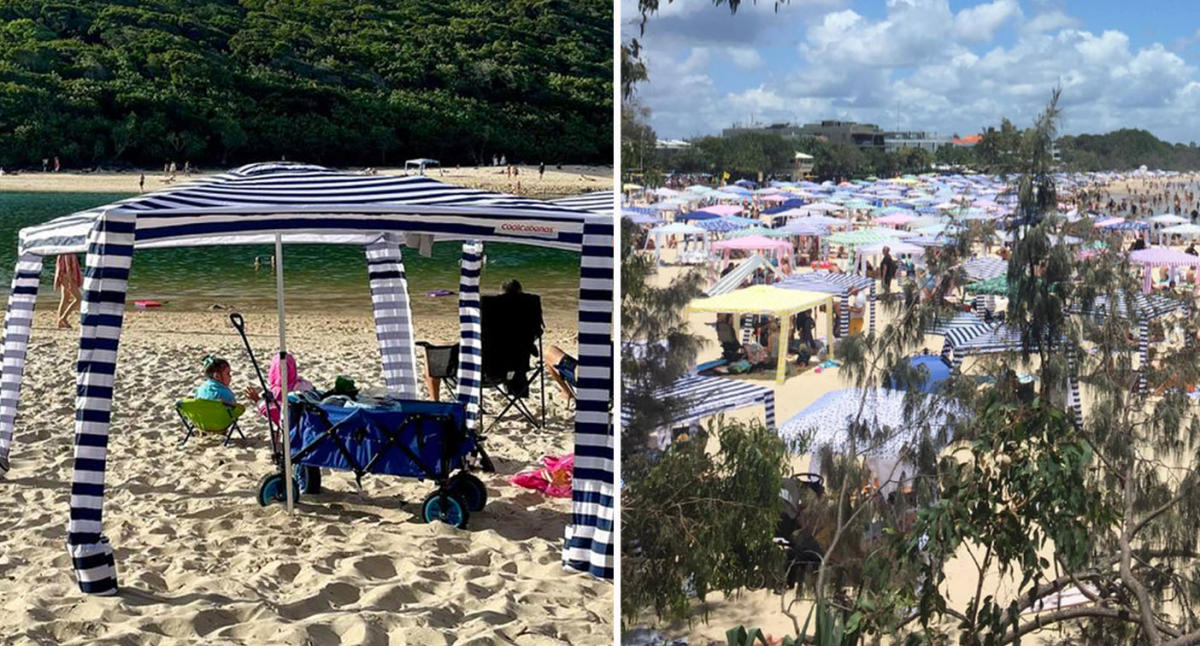 Colourful cabanas are having a real moment this summer with more and more popping up on Australian beaches. The open tent-like structure promises shade on a scorching hot day, but one woman isn’t buying it.

The Gold Coast woman named Jodie set out to find a shady alternative for her family while enjoying a day at the beach, so she went with the popular blue and white striped option by the well-known brand CoolCabanas.

This particular type comes in two sizes and costs $189 for the medium and $249 for the large. Unfortunately, the tent didn’t quite meet expectations for the woman who took her humorous gripe to Facebook.

She shared a photo of the sought-after beach cabana set up on the sand with her belongings underneath. But rather than a shady spot to sit, the sun was bursting in. It’s not known what time of day the photo was taken but it appears to be later in the afternoon when the sun was not directly above.

“Baffled as to why anyone would spend $190-$200 on a ‘cool’ cabana that doesn’t actually provide any shade,” the woman joked online. “Soooo cool or should I say … so hot right now,” she added with laughing emojis.

The post attracted dozens of comments from CoolCabana fans who said they’re the “best thing” ever. One explained the cabana “actually does” block out the sun but it depends on where it’s facing, and perhaps the time of day.

“Love ours. [We] won’t go down to beach without it,” another added. Others raved about how “easy and fast” they are to put up and down. “They certainly are popular and people seem to love them,” the woman who posted the image concluded. But not everyone is a fan.

Last week, one woman fumed about them “taking over” beaches in a video on TikTok. Another agreed they are “over the whole cabana thing” in the comments.