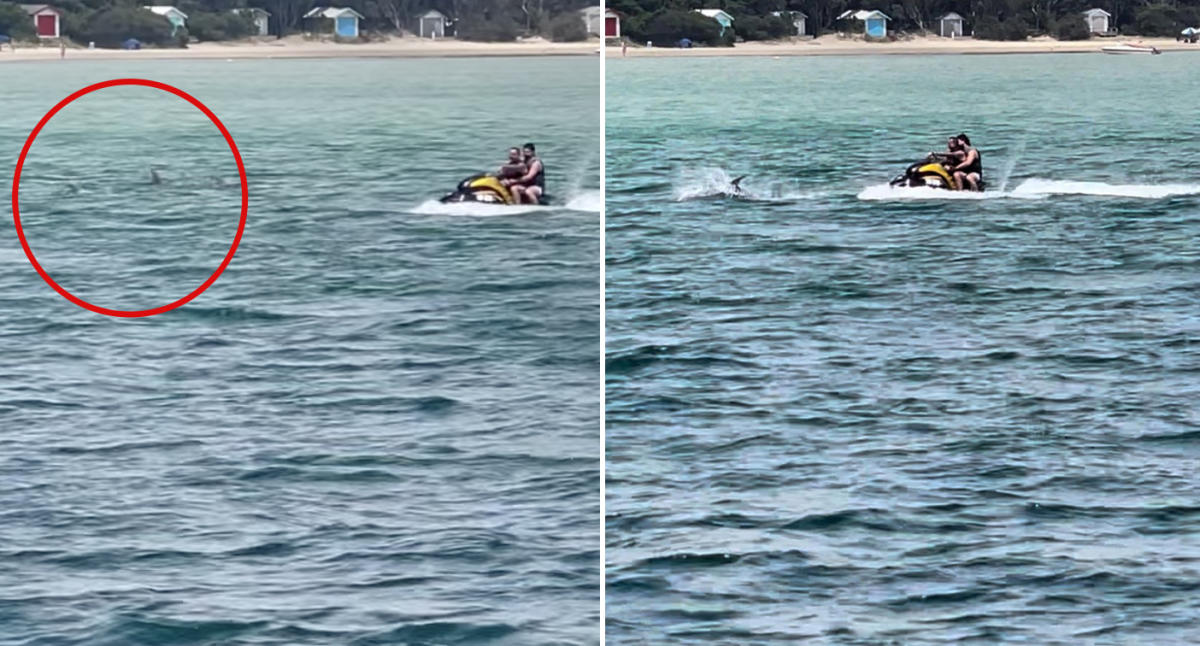 Summer holidaymakers have been warned to keep their distance from dolphins or cop a hefty fine of up to $3600 after reports of jet skiers harassing the creatures along Victoria’s Mornington Peninsula coastline.

There have been several recent complaints about jet skiers driving too close to the mammals at Tyrone Foreshore Beach near Rye, prompting a crackdown from the Conservation Regulator on Friday.

Earlier the same day, local photographer Jessica Beckham posted footage of people on vessels next to dolphins in Port Phillip Bay. “I’ve spent over twenty years out on Port Phillip Bay and this problem is not getting any better…it is a hundred times worse and absolutely nothing is being done,” she claimed.

“These guys on their jet skis were relentless this afternoon driving back and forth over dolphins. The speed and erratic behaviour of jet skiers on this stretch of beach — which is so important to these critically endangered dolphins — is outrageous,” she said, adding that some other recreational boats present were “great and kept a distance”.

In Victoria, people must stay at least 100 metres away from dolphins when on a boat or 300m when jet-skiing. Boat drivers and jet skiers should slow down or stop altogether if a dolphin or dolphins approach, the Conservation Regulator advised.

It is urging the public to report any information on the incidents or other cases of wildlife harassment to Crime Stoppers and warned those responsible could face a fine of up to $3698.

Beachgoers should also steer well clear of sun-tanning seals resting on the sand, and look out for hooded plovers so as to not scare the vulnerable birds away or trample on their nests.

Acting Chief Conservation Regulator Callie Donaldson said harassing dolphins and other wildlife is cruel and unacceptable. “Small changes to your behaviour can make a big difference to wildlife welfare,” she said.

“Our patrols are focusing on engaging with the public to make sure they know the rules, and anyone caught doing the wrong thing is held accountable. We’re lucky to have iconic wildlife species living along the coast and we want beachgoers to safely share the beach with them.”

Ms Beckham’s Instagram post has attracted a lot of attention, with some viewers slamming the behaviour of the jet skiers as “disturbing” and “outrageous”. Others argued that they were doing nothing wrong, saying they “clearly slowed down the craft” and “monitored either side for safety”.