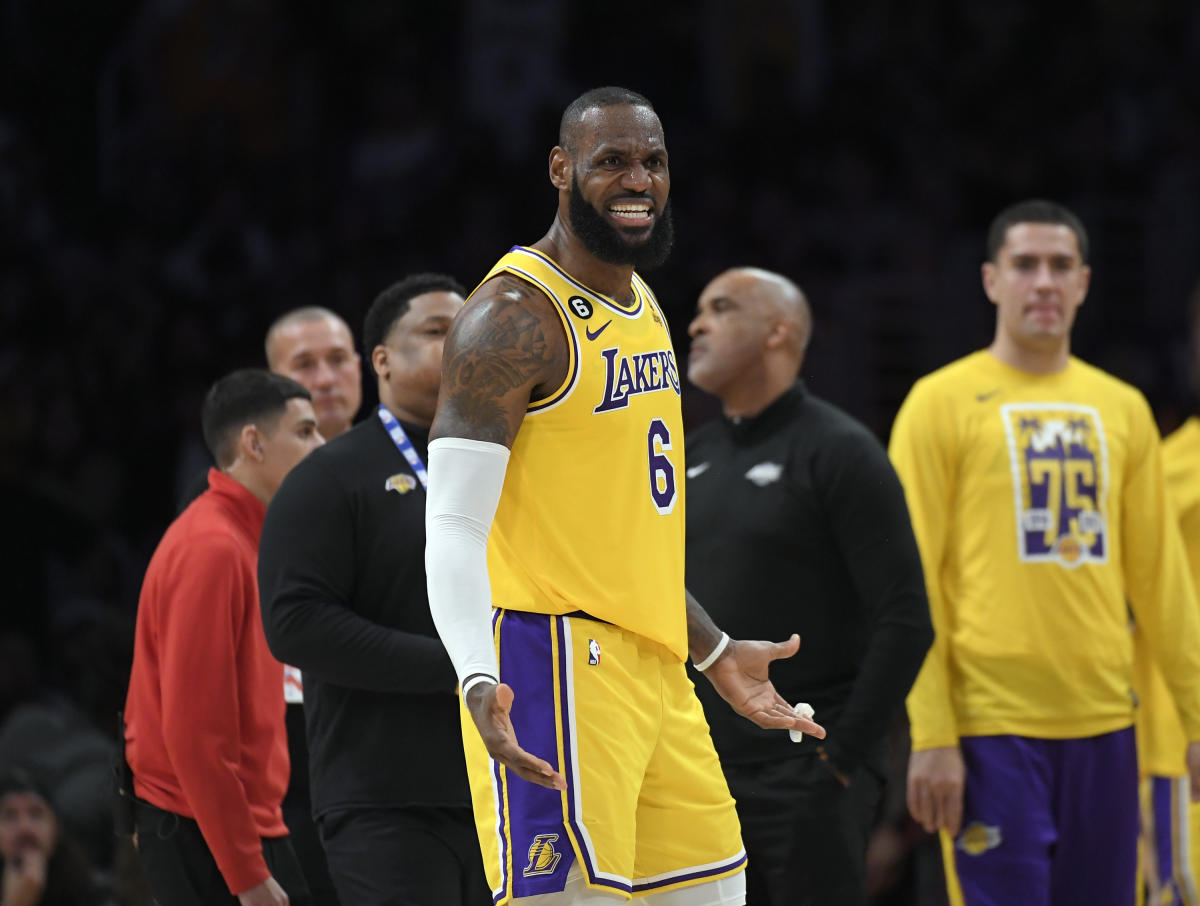 The Dallas Mavericks notched one of their most dramatic wins of the season on Thursday with a double-overtime victory over the Los Angeles Lakers, but not without some controversy along the way.

That controversy wasn’t softened when the NBA released its Last Two Minute Report a day later.

Neither team was thrilled with the game’s officiating, but the Lakers were especially incensed when their comeback came just short of ending the game in regulation. The biggest point of contention was a would-be game-winner by Lakers wing Troy Brown Jr., which was blocked by the Mavericks’ Tim Hardaway Jr. to send the game to overtime.

LeBron James was especially furious. Per ESPN’s Dave McMenamin, Brown offered a diplomatic answer to reporters in the Lakers locker room after the game, but when a reporter followed up with referee Joshua Tiven’s explanation — specifically that Hardaway only made “high five contact,” which is legal — James chimed in from 20 feet away:

Not the words from a man happy about losing a game 119-115 and falling to 19-23 on the season. It would have been a gut punch of a game even with perfect officiating, as Luke Doncic hit final-minute 3-pointers to force both the first and second overtime.

The NBA confirmed the officiating was off a day later, just not how James and the Lakers might have hoped. The Last Two Minute Report identified a whopping seven calls and no-calls missed by the officials in the final two minutes of regulation and both overtime periods, but affirmed the no-call on Hardaway was correct.

The NBA’s explanation backed Tiven’s comments after the game:

If the Lakers wanted something to feel angrier about, the league admitted the officials missed two calls on the same possession at the end of the first overtime. With less than 15 seconds remaining, James drove to the basket while being guarded by Doncic, but was blocked by a helping Christian Wood. A scramble for the ball resulted in Doncic recovering it to force double overtime.

In the L2M Report, the NBA noted Wood “initiates contact to James’ left arm before blocking the shot,” while Doncic initiated contact with Wenyen Gabriel, which “affects his ability control the rebounds.” Basically, two fouls were missed on one shot.

Of course, the Lakers benefited from some officiating misadventures too. All five of the other missed calls in the Report benefited Los Angeles, with Mavericks owner Mark Cuban calling the performance the “worst officiated game” on Twitter.