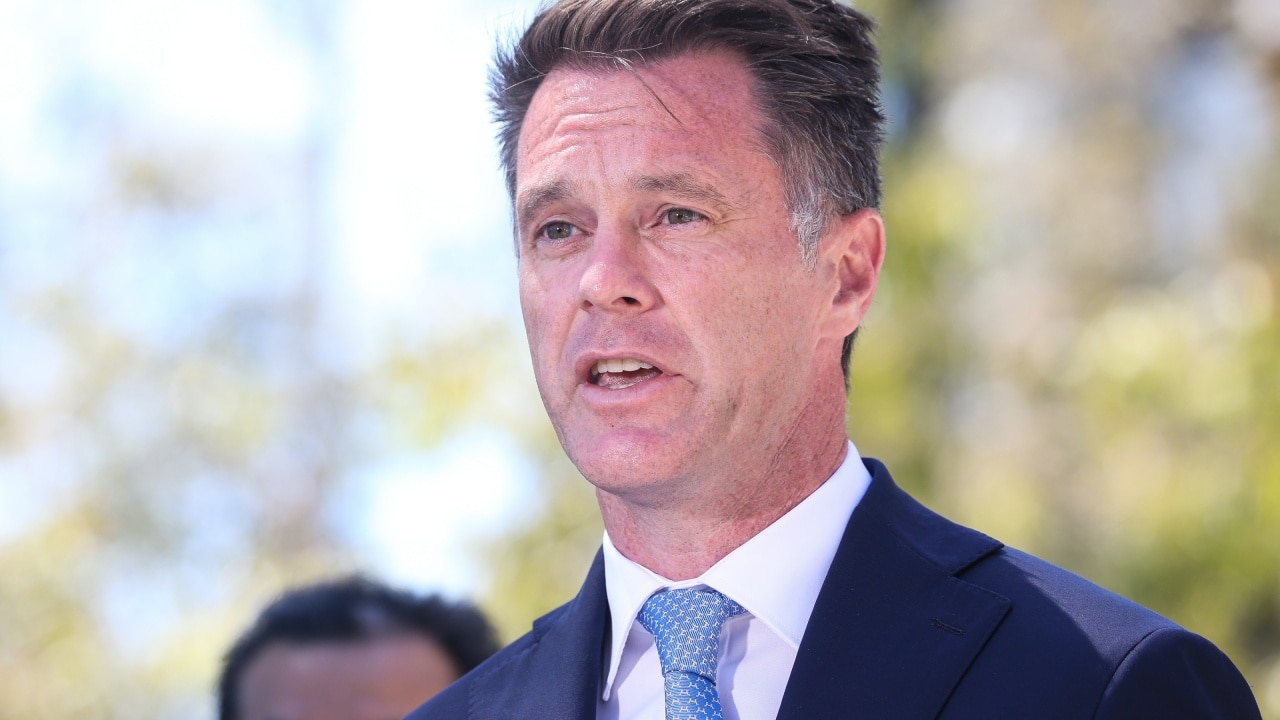 NSW Labor leader Chris Minns has rejected calls for Dominic Perrottet’s resignation after the Premier revealed he wore a Nazi uniform to his 21st birthday party.

The Premier made the shock announcement on Thursday when he told the media he was “deeply ashamed” and sorry for the incident dating back to 2003.

Mr Perrottet said his revelation of the “grave and terrible mistake” was prompted by a discussion a colleague had with him two days prior to his public announcement.

Reports later emerged Transport Minister David Elliott had warned his boss about the chances of material surfacing from the birthday party two decades ago.

Speaking at a press conference in Tuggerah on Saturday, Mr Minns stopped short of calling on the premier to stand down over the bombshell revelations, declaring the premier’s apology was “sincere” .

“It was obviously a big mistake that he made at that time,” Mr Minns told reporters.

“I think it’s important to acknowledge that he’s apologised for it.”

Mr Minns said he didn’t believe the admission would affect the state election on March 25, but said it was ultimately up to the people of NSW to cast their opinion on the government.

“I think the people of New South Wales will make decisions based on the many other issues that the political debate and fight is about,” he said.

“I’m not going to offer a running commentary in relation to it.” But the Labor leader did say the incident highlighted the Coalition was in a state of “turmoil” amid speculation of factional infighting within the party.

“They seem hellbent on destroying each other’s political careers and I think that is an issue for the voters of NSW,” he said.

“If they can’t get united in the run up to an election campaign, what hope do they have of being united if they win the election next year.”

Mr Perrottet on Friday dismissed speculation that his government sat on “shaky ground” and said he received support from a “number of colleagues” since the revelations came to light.

However, reports have emerged that the Premier’s position is under threat, with colleagues uncertain as to whether he could lead the party to the next election.

Asked for his view on Mr Perrottet donning the Nazi uniform, Prime Minister Anthony Albanese said it was a matter for the Premier to deal with.

“I have observed his statements. That’s a matter for him, and then for others who’ll make judgments based upon the premier’s explanation,” he told reporters on Saturday.

On Thursday Mr Perrottet said at the time he was “naive” and did not understand the significance of his decision to don the Nazi dress.

“It was just a terrible mistake where at that age in my life I just did not understand the gravity and the hurt of what that uniform means to people not just in our state but around the country and around the world,” he said.

The Premier said he spoke with Jewish leaders before the press conference, adding he was “not the person I was when I was 21”.