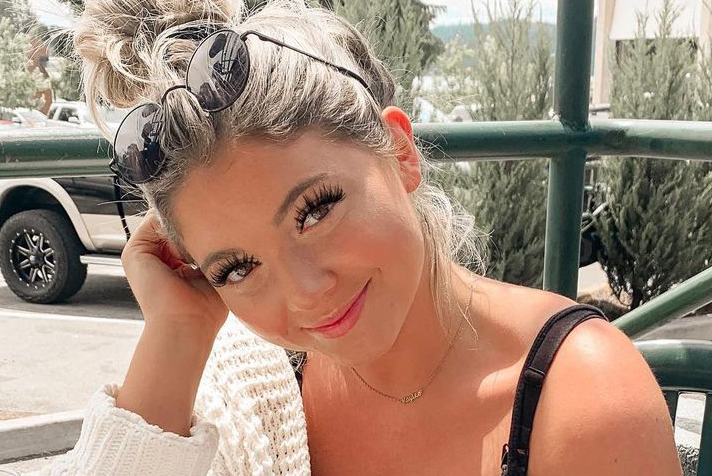 The parents of a University of Idaho student who was killed along with three others said she had recently moved from the house where the slayings took place in November, but had gone back there to show her close friend her new car and attend a nearby party.

Kristi and Steve Goncalves told Dateline that their daughter, 21-year-old Kaylee Goncalves, was due to graduate college early and had lined up a job with an IT firm in Austin, Texas.

Kaylee Goncalves had just moved out of the house she shared with her longtime best friend, 21-year-old Madison “Maddie” Mogen.

Read more on this story at NBCNews.com and watch “Dateline” Friday at 9 p.m. ET/8 p.m. CT for the full two-hour special.

“These girls were best friends since sixth grade, like inseparable,” Kristi Goncalves said.

The two had lived together and “were true, ultimate best friends,” she said. “Maddie had been a huge part of our life.”

Kaylee Goncalves, who had just bought a new Range Rover, told her parents she wanted to go back to Moscow, Idaho, to show it to Maddie and to attend a nearby party together.

“That was the last time that I saw Kaylee,” her mother said.

On Nov. 13, Kaylee, Mogen and two others were stabbed to death inside a home in the largely rural college community of Moscow.

Also killed in the attack were Ethan Chapin, 20, of Conway, Washington and Xana Kernodle, 20, of Avondale, Arizona.

Police arrested a suspect, Bryan Christopher Kohberger, 28, about seven weeks after the killings. He has been charged with four counts of first-degree murder and felony burglary.

Authorities tied Kohberger to the case through male DNA left on a knife sheath at the scene, as well as by tracking down Kohberger’s car and his cellphone records.

Kohberger, who is from Pennsylvania, was a doctoral student at nearby Washington State University studying in the criminal justice and criminology department.

Police have not disclosed a motive for the killings or said if or how Kohberger may have known the victims.

“It definitely took me by shock,” the classmate, Madison, told Dateline.

Madison, who requested her last name not be used out of fear of harassment, said she remembered the detailed responses Kohberger gave in the criminology course they took together in 2018.

“Whenever he raised his hand he definitely took it upon himself to answer the question but yet then give every single detail that he possibly could to help further his point,” she said. “It was always, like, ‘Oh, Bryan’s answering this question. This is gonna take up the whole entire class.’”

She also felt that Kohberger would “stare” at her and her friends.

“He would stare at us. He definitely had very prominent eyes,” she said. “I would always catch him staring at us. He wouldn’t ever really try to ‘talk’ talk to us.”

Hayden Stinchfield, a junior in the criminal justice program at WSU, had Kohberger as a teaching assistant.

But that abruptly changed.

“At a certain point, he started just giving everyone 100s and like super high marks,” he said. “By the end of the semester, no one was thinking about the little deductions from earlier.”

Stinchfield said that looking back, he believes the change in Kohberger’s grading habits “lines up pretty well” with the time of the killings.

Steve and Kristi Goncalves said they take some comfort in thinking and hoping that their daughter may have helped solve her own death by snatching away the knife sheath eventually used to tie Kohberger to the killings.

“I hope that maybe in a struggle, she pulled it off of him,” Kristi Goncalves said.

The two said that they hope for a conviction and the death penalty.

“He chose over and over to end people’s lives and that has to be accounted for,” Steve Goncalves said.