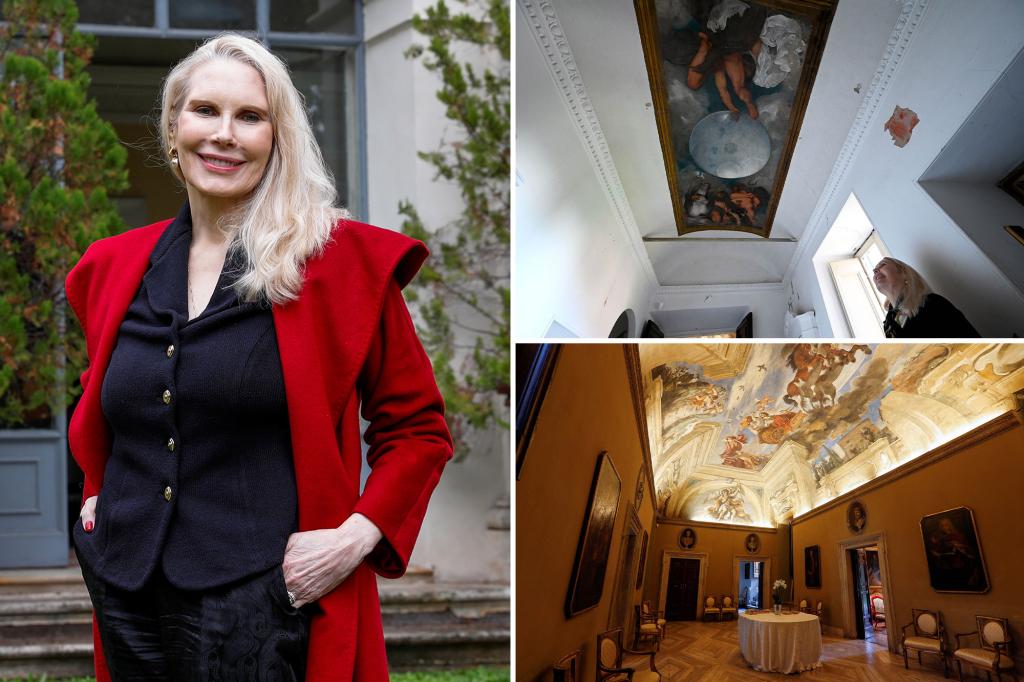 A Texas-born Italian princess is being evicted from her villa in Rome, which features a baroque mural valued at more than $325 million.

Rita Jenrette Boncompagni Ludovisi, 73, who was married to an Italian prince, was served a notice to vacate her home this week — the latest salvo in a bitter inheritance battle with her late husband’s three sons.

The villa, Casino dell’Aurora in central Rome, includes a ceiling mural of the gods Jupiter, Neptune and Pluto painted in the 16th century by Italian renaissance master Caravaggio.

Princess Rita told The Guardian this week that she will “vigorously defend” her right to stay in the sprawling property, which was left to her by her husband, Prince Nicolo von Boncompagni Ludovisi, who died in 2018. The prince gave her the right to live in the villa for the rest of her life. If sold, the proceeds were to be divided between her and his three sons. The sons disputed the will and have been locked in battle with Princess Rita ever since.

Both sides recently put the home up for sale, but when it failed to sell for the fifth time earlier this week, the princess was served with an eviction notice Thursday.

A judge ruled that the property was not being properly maintained, after a wall collapsed and blocked a nearby street, according to Italian press reports.

“I loved my husband very much, and he loved me,” she said in the interview with the newspaper. “I have lived here for 20 years and dedicated all my time and resources to this villa. It really didn’t have to be this way.”

Before marrying the prince, whom she met in 2003, Rita dabbled in acting, television, and New York real estate. She helped broker Donald Trump’s purchase of the General Motors building in 1998.

She was also enmeshed in scandal in the 1980s when she disclosed in a Playboy magazine spread that she and her former Democratic congressman husband, John Jenrette, had sex on the Capitol steps during a break in an all-night House session. She later walked back the claim in a 2017 interview with CBS.

“We did not make love on the Capitol steps. We had just gotten married and they were in session, and he called me to have dinner with him in the Congressional dining room. And then we just went over behind the columns and he kissed me,” she said.

“And it was a passionate moment. But it was not — we did not make love on the Capitol steps. We did not!”