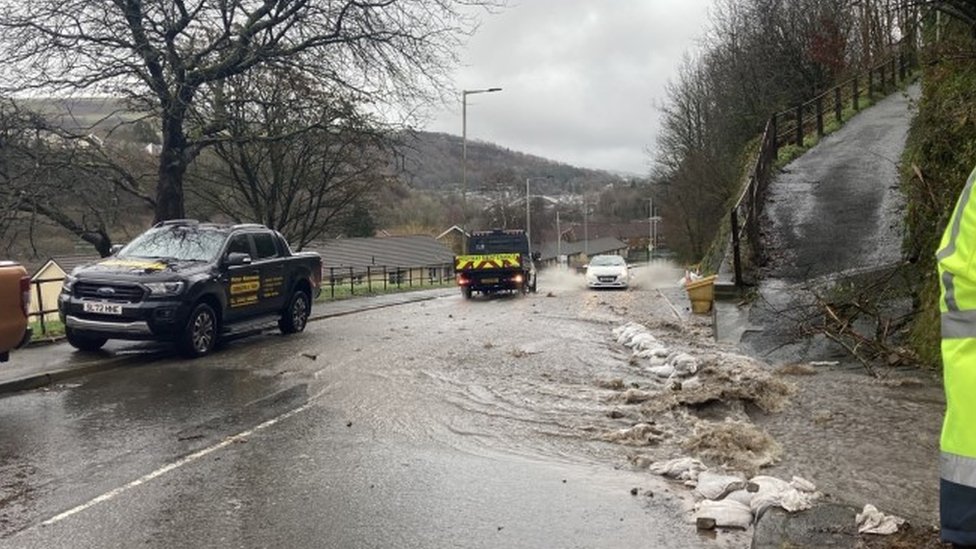 More money is needed for flood prevention in order to prevent further devastation and cut clean-up costs, a council leader has said.

Wales has been hit by disruption following days of continued heavy rain.

Several flood warnings have been put in place and a weather warning for rain is in place until noon on Saturday.

The weather warnings cover the whole of Wales, while flood warnings are in effect in south and mid Wales.

Flooding has led to between Cardiff and Bridgend county on Saturday, Transport for Wales said.

Traffic Wales said the A470 between Llangurig to Rhayader in Powys had been closed due to flooding.

On Thursday, homes lost power, people were rescued from cars and properties were damaged after persistent rain.

Mr Morgan, who is also head of the Welsh Local Government Association (WLGA), said although work done in the past few years had been successful there was “an awful lot” of culverts that need improvement.

“Over 20 properties were flooded unfortunately, through either culverts being overwhelmed because of the volume of water, because of debris washed off the mountain. So it goes to show, we still need to do that investment,” he said.

“Climate change is happening and we’re seeing floods more frequently. But in particular, the intensity of the weather is really changing.”

Although Rhondda Cynon Taf (RCT) was one of the worst hit areas, much of Wales experienced heavy rain.

Mr Morgan said the clean up was “relatively small” on this occasion, with 26 homes in his area affected.

“It will probably be tens of thousands [of pounds worth of damage],” he said.

“What we’ve had to do is redirect a lot of our contractors and our highway staff who would have been working on other things. So staff yesterday, who should have been filling potholes, or should be carrying out new footway schemes or resurfacing roads.”

He said the first thought during a serious flooding event is to respond to the emergency situation, but the fact this meant less funding available for other important services was a “concern”.

Mr Morgan said that, although more than £14m had been spent on infrastructure upgrades in RCT since Storm Dennis in 2020, £20m has been spent on storm repairs over the same time period.

He said more than £6.4m of Welsh government funding was secured for RCT after Storm Dennis, plus about £3.9m for flood alleviation works.

The council has also secured more than £8m from the Resilient Roads Grant over the past three years for targeted flood works.

Mr Morgan said pre-emptive investment was “vital”, adding: “What we don’t want to do is be sending crews to clean up the mess.

“What we need to do is flip the money and spend more on the preventative and the upgrading. It can’t be about a short-term fix.”

“We had the biggest floods we’ve ever experienced during 2020. 2022 has been the hottest year on record and it was also the biggest drought in Wales,” Mr Evans said.

“We will build defences to protect people at the highest risk. But as climate change increases it’s practically impossible for funding and the interventions to keep up with the increased risk.”

The WLGA said the past decade had seen “unprecedented weather extremes” which had put “enormous strain on our communities, services, and infrastructure”.

It said: “The resources implications on local government and partner organisations are huge, not only before and during an event but for many months afterwards.

“There is no doubt that future budget squeeze will likely put more pressure on technical services which are already stretched to the limit.

“It is important to note that keeping pace with climate change would require huge amount of funding which in itself is not sustainable.

“As a collective we are therefore looking at new ways of building resilience and adapting to these impacts.”

The Welsh government said it had invested more than £390m in flood and coastal erosion risk management through two programmes, reducing the risks faced by more than 47,000 properties across Wales.

It added that a further £71m is being spent on such works across Wales this financial year, through local authorities and Natural Resources Wales.