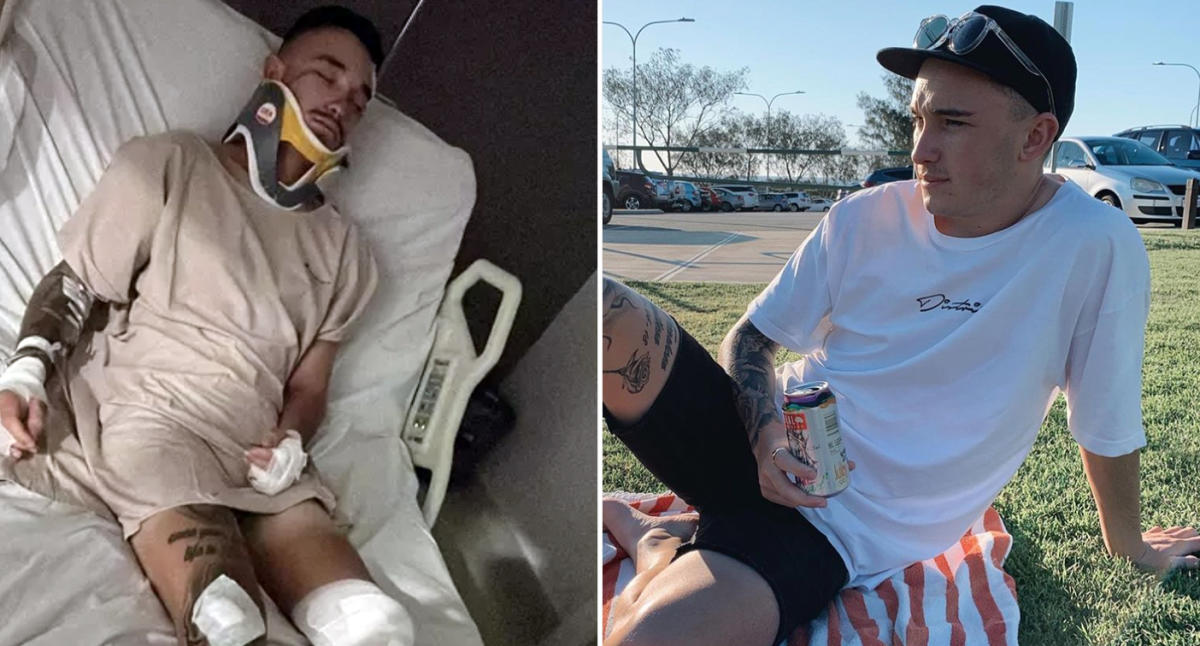 An Australian man is in hospital with severe injuries after being beaten while on holiday in Bali, his friends and family say.

Lachie Hunt, from Perth, was “bashed pretty good” during what appears be a suspected mugging in the popular tourist hotspot, a man named Jarrad Visser wrote on a GoFundMe created to support the family.

Mr Hunt — who “can’t remember much” — has suffered horrific injuries, including bleeding on the brain and a potentially fractured spine, he said, adding that “he’s pretty banged up all round” and receiving “the best care” at BIMC Hospital in Kuta.

Mr Visser said Mr Hunt’s mum Melissa had flown to Bali and was by her son’s bedside. “She’s over there taking good care of him,” he wrote.

A BIMC nurse confirmed to The West Australian that the Perth local had also suffered a broken leg in the alleged violent attack. On Saturday morning, Mr Hunt was awake and spoke with doctors, she added.

The GoFundMe has so far raised $19,000 to go toward his “bloody expensive” medical bills.

Mr Hunt appears to have visited Bali on numerous occasions, most recently posting a photo of himself with a friend overlooking a beach on Instagram on January 4. “Absolutely delicious,” his caption reads. “One day I’ll get to call this place home…” he wrote on another image taken in the holiday destination in October.

Friends and family have wished for Mr Hunt to have a “speedy recovery”. “Lil brother was bashed and left there in Bali without knowing what happened if anyone could help out for him and his family that would be much appreciated,” a man named Rob Hooker wrote on Facebook.

“Praying for a speedy recovery for this lovely lad! Sending strength and love to you Mel,” a woman commented on the GoFundMe. “Good luck my brother, hope you recover easy and get home safe soon,” another said.